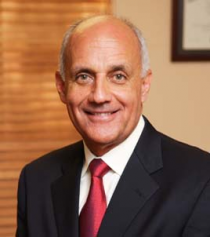 Next week, advisers with the Centers for Disease Control and Prevention and the Food and Drug Administration are expected to release authorizations and guidelines for the administration of vaccines for children between the ages of 5 and 11.

Nationally, 28 million children would immediately be eligible for vaccination. In Arizona, state health officials are prepared to immediately receive nearly 225,000 pediatric doses. Doctors across the Valley are already accepting appointments for children in anticipation of approval.

While this adds another layer of protections for the state’s vaccinated population, more than 40% of Arizonans are still unvaccinated, and there is expected apprehension to providing doses for children from this segment of the population.

Dr. Richard Carmona is former U.S. surgeon general and a senior adviser on public health emergency preparedness for the state of Arizona.

The Show spoke with him to learn about vaccine hesitancy among parents.