Phoenix has a lot of vacant storefronts. The city is looking at new ways to fill it

Phoenix is exploring new ways to fill vacant storefronts or find different uses for them.

Phoenix has more than 40 square feet of commercial space per capita. The U.S. average is 28 feet, according to Phoenix Planning Director Alan Stephenson.

On Tuesday, he told the City Council vacant or ignored properties can create negative images for the city and impact residents, “Makes them question why are they spending extra money and time to maintain their house when they don’t live in an area as nice, that isn’t as kept up because the shopping centers are struggling to be able to maintain and do things they need to do because there just aren’t enough retailers out there.”

A lot of commercial zoning along major streets was created by the county in the 1950s and kept in place when annexed by Phoenix. Stephenson said that zoning limits depth to 300 feet.

“That’s why you look at older streets — you know, Seventh Street, Seventh Avenue, Bell Road — you have this small commercial going all the way through, and it’s because of that zoning pattern over time, along with then a later focus of shopping opportunities at major intersections that really creates this abundance of commercial square footage that just isn’t supportable,” he said. 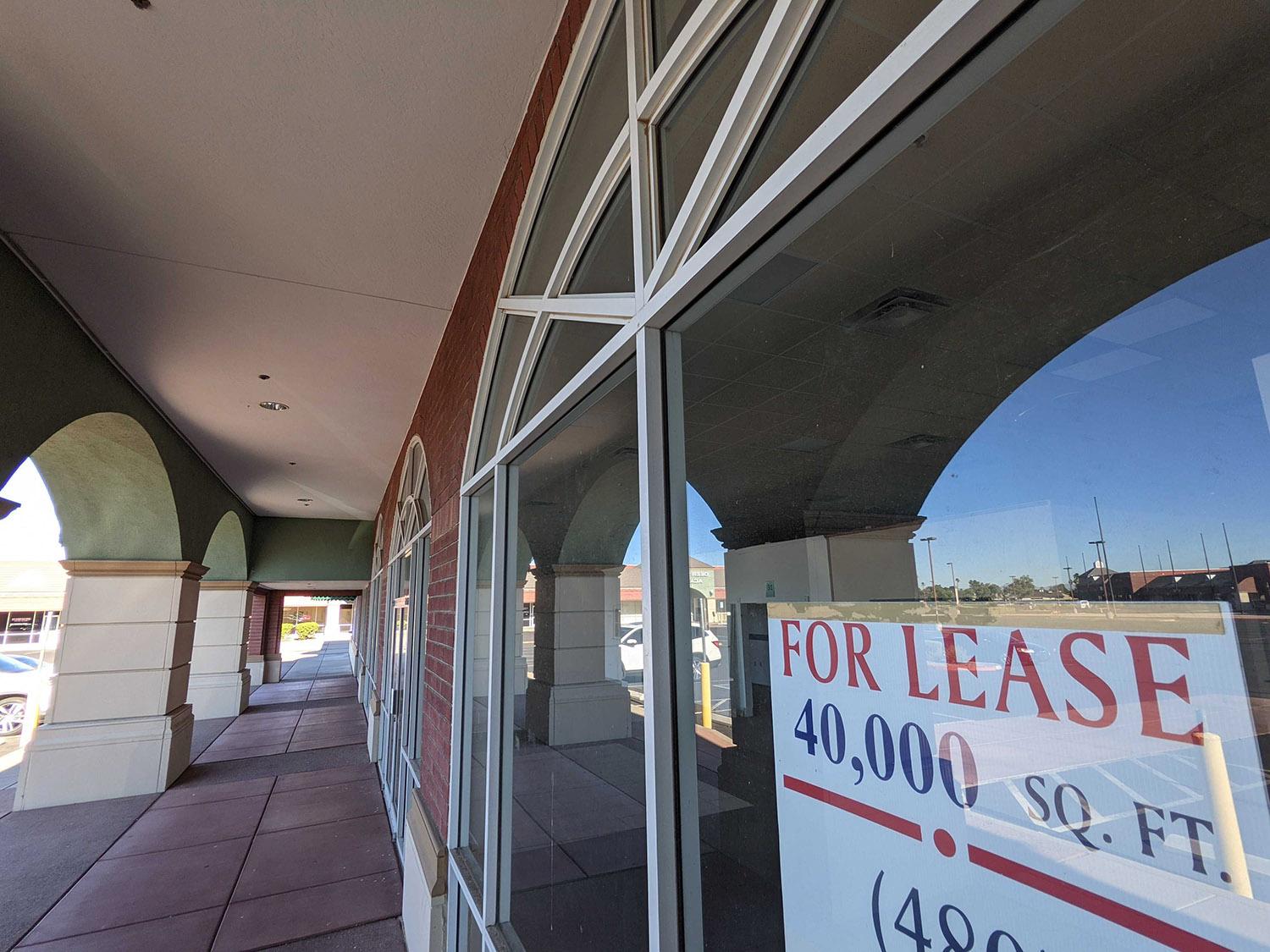 Sky Schaudt/KJZZ
A vacant storefront in a complex near 27th Avenue and Bell Road in Phoenix in October 2021.

“We need to do something,” she said. “I’ve actually had a neighborhood come to me and say, ‘We’d rather have multi-family than the commercial we have now,’ because there’s maybe two users in the center and there’s a lot of vandalism, there’s a lot of littering.”

Stark said the residents who approached her thought having more eyes around the neighborhood would be added protection, “But I know that this would have to be vetted, so hopefully we could go through the villages and have them look at their particular parts of the city and they may have some ideas and suggestions for that.”

City staff presented zoning, development and funding options to council members and will develop a more defined strategy based on their input. Depending on what’s involved, some items may be included in the 2022-23 budget process.