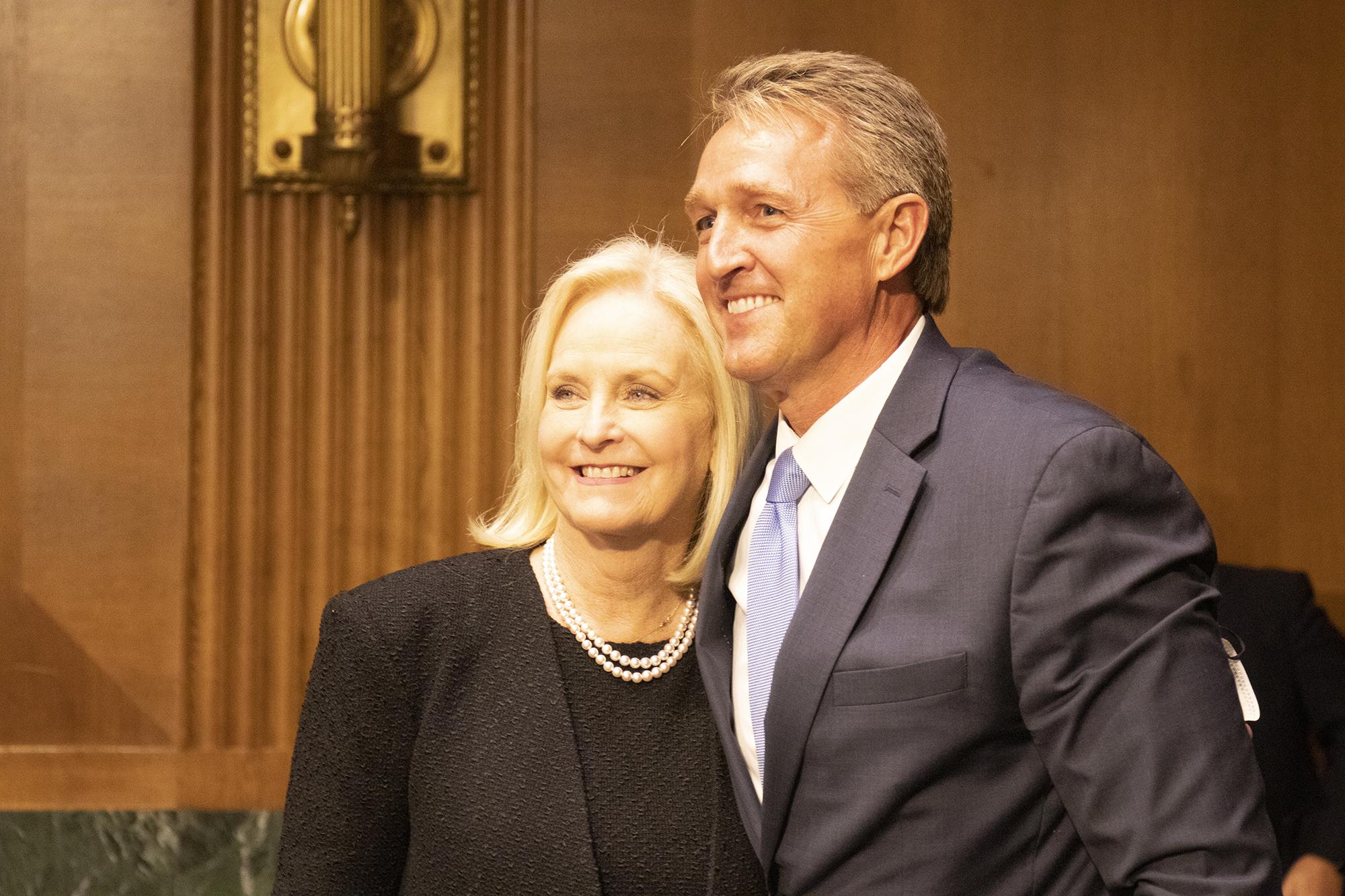 Genesis Sandoval/Cronkite News
Cindy McCain, the widow of Sen. John McCain, and former Arizona Sen. Jeff Flake before a confirmation hearing on their nominations to be ambassadors.

Two prominent Republican critics of former President Trump were confirmed Tuesday by the U.S. Senate as ambassadors for the Biden administration.

Cindy McCain will serve as the ambassador to the United Nations Agencies for Food and Agriculture, a "specialized agency with the goal of increasing food security."

He famously announced in 2017 that he would not seek a second term after rejecting what he called “destructive politics” practiced by Trump and his supporters.