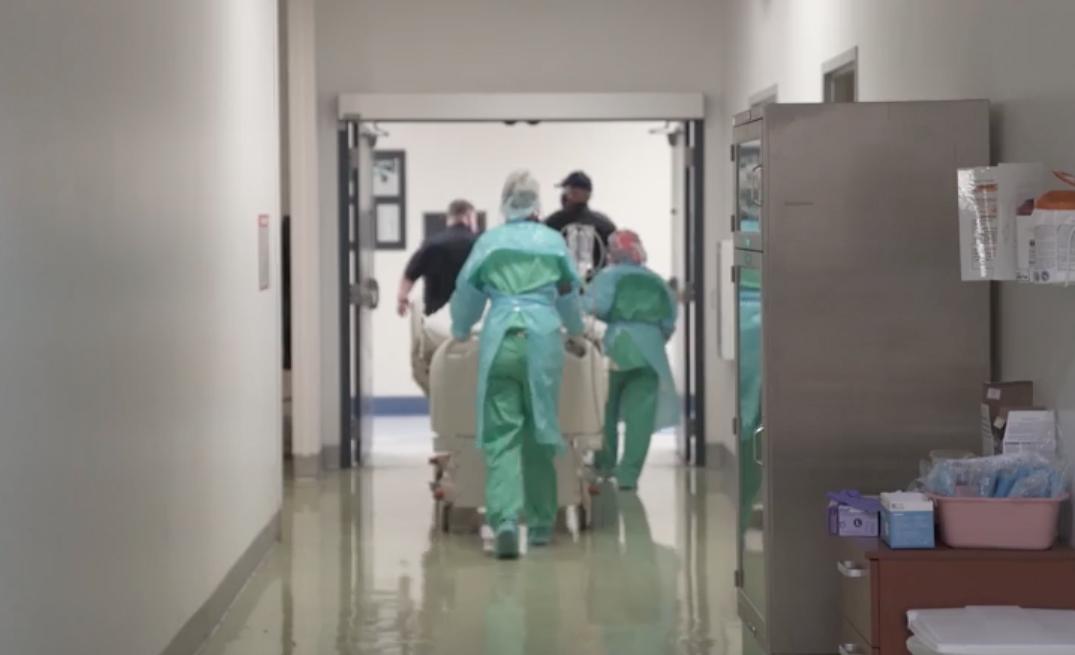 The Occupational Safety and Health Administration may revoke an Arizona agency’s authority to enforce workplace safety standards because state officials have yet to adopt emergency standards for health care workers.

OSHA sent a letter to state officials Tuesday, citing Arizona’s failure to adopt state rules that match, or are “at least as effective,” as emergency temporary standards for health care workers issued by the Biden administration in June. The new regulations, which cover hospitals, nursing homes, emergency responders and others, are designed to protect health care industry workers from the spread of the coronavirus.

“OSHA has worked in good faith to help Arizona come into compliance with their requirement to adopt an equivalent emergency temporary standard, but their continued refusal is a failure to maintaining their state plan commitments to thousands of workers in their state,” said John Frederick, acting assistant secretary of labor for OSHA.

Twenty-two states have state-based OSHA programs. Only Arizona, South Carolina and Utah aren’t in compliance with the emergency standards.

In Arizona, it’s up to the Division of Occupational Safety and Health, a branch of the Industrial Commission of Arizona, to adopt and enforce emergency rules.

Spokesman Trevor Laky blamed OSHA for a delay in the state’s rulemaking process to get in compliance. Laky said state officials notified OSHA of a plan to adopt some, but not all the OSHA emergency rules — some would be redundant because it's already enforced under Arizona law, he said, and it took months for OSHA to respond.

According to a letter sent by ADOSH Director Jessie Atencio, the overlap between state law and federal regulation includes rules addressing wages and earned paid sick leave, as well as retaliation or discrimination against safety-related whisteblowers.

A public comment period on the proposed rule changes will begin in November, Laky said. It wasn’t immediately clear how soon the rules could be adopted after that. Laky said officials never considered bypassing public input by seeking an exemption from the rulemaking process.

According to the Biden administration, it’s taking far too long — Arizona missed a July 6 deadline to submit a plan for compliance, and has since blown by a July 21 deadline to have new rules in place. In a letter to the Industrial Commission, Frederick wrote that OSHA now “has serious concerns about the Arizona State Plan’s overall ability to maintain an ‘at least effective as’ safety and health program.”

If OSHA’s approval of Arizona's state plan is revoked, the Biden administration would begin enforcing workplace standards in the state.

In a statement, National Nurses United, the nation’s largest nurses union, said it’s “unconscionable that some states think they can ignore their responsibility to protect health care workers.”

“The (Industrial Commission) is actively engaged in a public input process, encouraging Arizonans from every corner of the state to participate, and now the Biden administration is attempting to silence input from citizens and stakeholders alike,” the governor said in a statement. “We won’t allow it without a fight.”