Word S6:E3 — Wanderlust is our theme 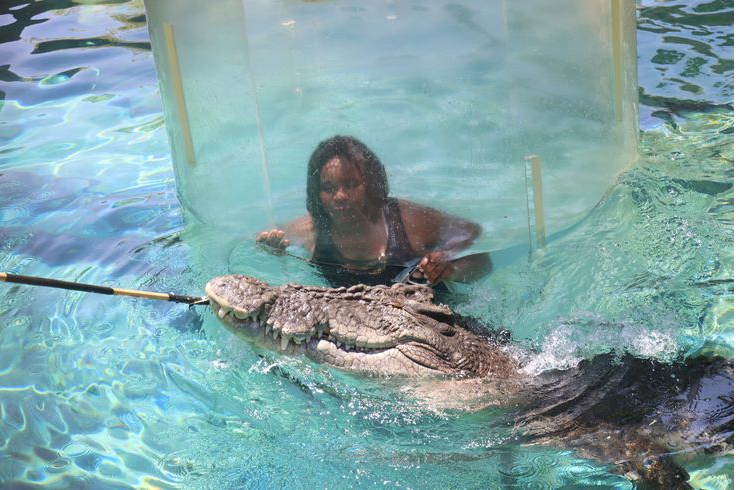 Marla-Tiye Vieira
Marla-Tiye Vieira in the "Cage of Death" with Leo the saltwater crocodile in Darwin, Australia. Vieira's latest work is the novella, "Jasmine Breeze" (2021). It's available at the Mesa Public Library.

On this first October offering of “Word,” wanderlust is our theme as we travel through the travails of both the living and the dead.

We explore what Valley teacher and writer Marla-Tiye Vieira, southern New Mexico scholar, fiction writer and poet Ana Castillo, as well as longtime director and producer of Anthony Bourdain’s TV shows, Tom Vitale, have to contribute to our itinerary.

In May, while we were on break, the Ahwatukee resident, ESL teacher and writer released her novella, “Jasmine Breeze.” It’s an “internal and external lyrical journey of self-discovery, secrets, joy and pain with sultry and exotic tones from its title character.”

Vieira is an avid traveler in her own right, as is her title character in this novella. The book is available at the Mesa Public Library. 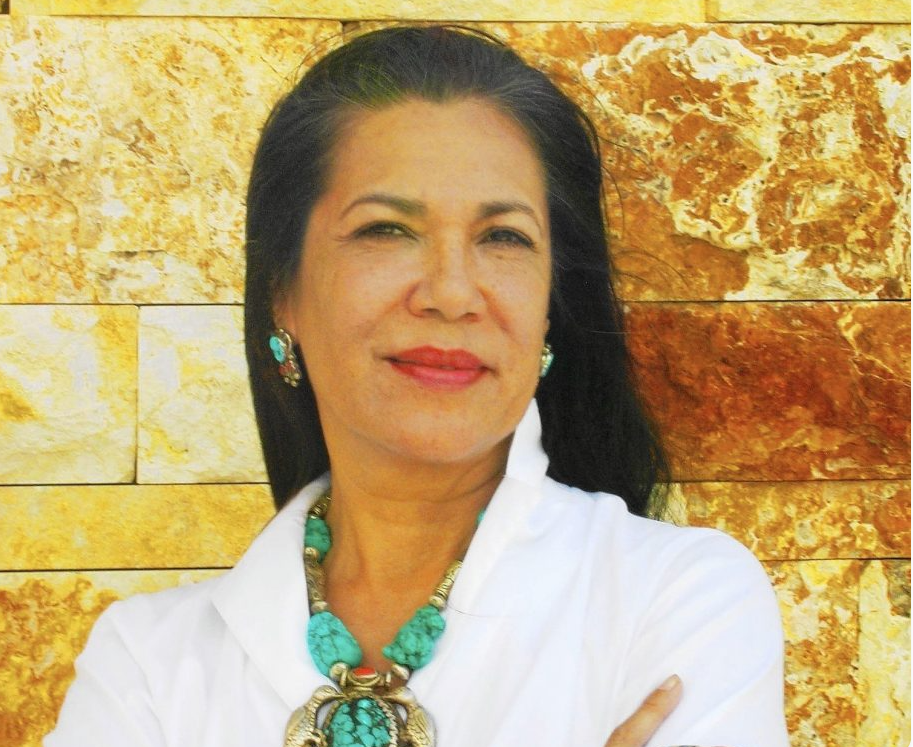 Ana Castillo
Author, poet and scholar Ana Castillo. Her latest work of poems is, "My Book of the Dead" (2021).

We take a deep dive with the original Xicanista and her poetry in her latest work, “My Book of the Dead” which is timely both in the age of COVID-19 and during the Halloween season.

It’s a tough tome as the pandemic continues.

Castillo lives in southern New Mexico and is a scholar, fiction writer, editor and poet.

"Ana Castillo’s My Book of the Dead offers us the consolations of poetry in the face of current crises of incipient neofascism, entrenched racism, surveillance states, financial inequality, and precarity. In her unique and talented voice,  poems become, in turns, love letter, prayer, witness, testimony, elegy, and critical combat ‘against the dying of the light,’ as another poet once said. I am awed by the scale, depths, stretches, bilingual inflections, and powerful ironies of her words that are more necessary than ever in our traumatized world." — Azade Seyhan, Fairbank professor in the Humanities, Bryn Mawr College 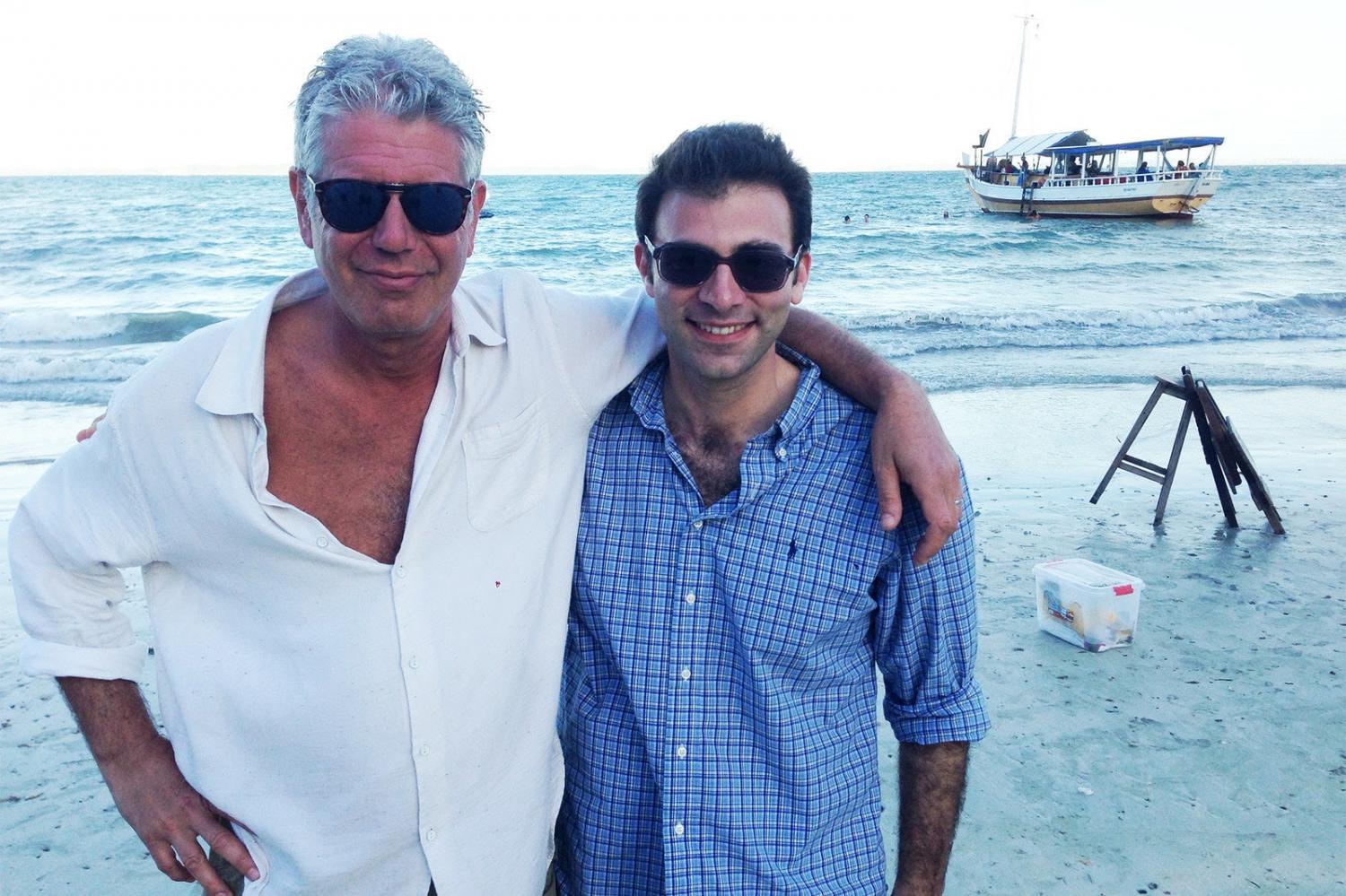 Tom Vitale
Anthony Bourdain and longtime producer Tom Vitale. Vitale's latest book is, "In The Weeds: Around the World and Behind-the-Scenes with Anthony Bourdain" (2021).

It’s been over three years since Anthony Bourdain died by suicide. One of his longtime TV show producers, Vitale discusses his new biography of the renowned chef and personality, “In the Weeds: Around the World and Behind the Scenes with Anthony Bourdain,” which was recently featured at the Tucson Festival of Books.

Bourdain’s work in the culinary and journalism worlds loomed large, and so does Vitale's work, which he unveiled virtually at the Tucson Festival of Books last week.

“Accepting the impossibility of ever capturing the essence of such a brilliant, curious, darkly funny, loving, cruel, über-rebellious, wholly mercurial man, a shell-shocked Vitale still lays out an immersive narrative, rich with insight and detail, of their work together.” — Booklist

We appreciate your support of original KJZZ podcasts and programming like “Word,” portions of which have been nominated for Edward R. Murrow and Public Media Journalists Association awards.

If you’re already a member of KJZZ, thanks very much. If not, it’s easy to become one.

Please consider making a gift of $5, $10 or maybe $20 a month to support the news, information and entertainment programming you listen to at KJZZ through a variety of mediums, whether on the radio at 91.5 FM, the free KJZZ mobile app or kjzz.org.

Thanks so much for listening “Word,” and we’ll catch up later this month for another series of discussions about literature in Arizona and the region.