Young People Don't Want Police Jobs. This ASU Researcher Is Finding Out Why 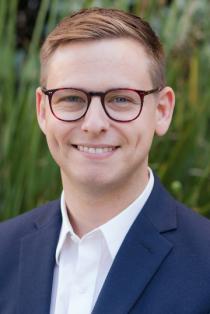 In 2020, protests erupted across the country after a Minneapolis police officer murdered George Floyd — and the country saw the video.

There were more — Breona Taylor, Daunte Wright, Rayshard Brooks. The media spotlight on Black Lives Matter protests and police brutality changed the narrative around what it means to be a police officer in America. And it led to things like the movement to “defund the police,” which calls for funds to be reallocated to other efforts, like mental health treatment and public health.

Fine is a criminology and criminal justice professor at Arizona State University, and much of his work focuses on young people’s perceptions of law enforcement — and its implications.

At the same time we’re seeing those opinions change, police departments around the country have seen waves of officers retire in the wake of these protests, and many are having a tough time recruiting new officers to remain fully staffed. This year, the Phoenix Police Department is offering cash bonuses for the first time ever for new hires and referrals.

So how are the two connected? And what does it mean for the future of law enforcement? The Show spoke with Fine to learn about his findings.

Fine also has a book coming out called, "The Behavioral Code: The Hidden Ways the Law Makes us Better or Worse."