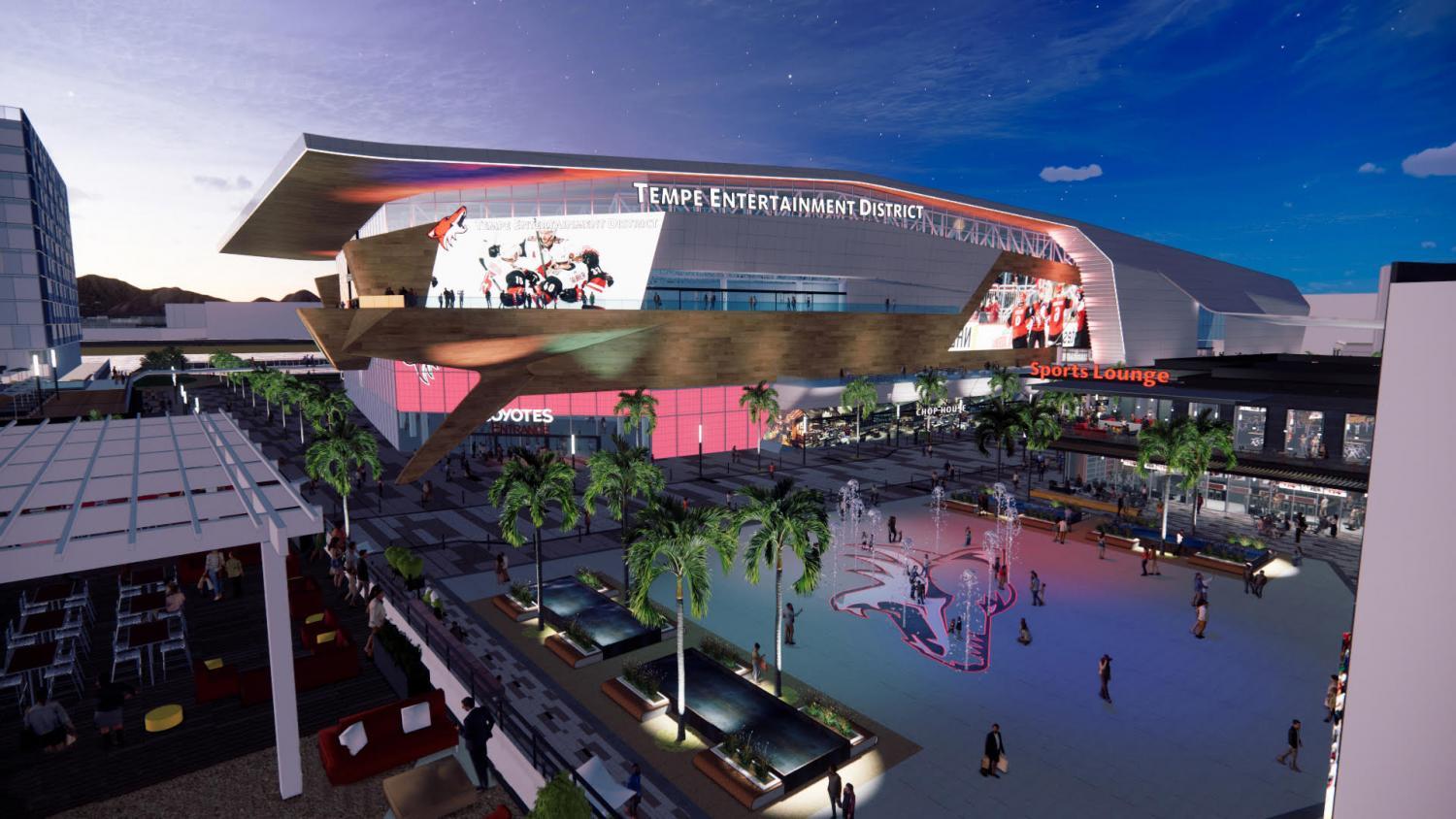 The Arizona Coyotes released renderings Monday of a recently proposed land development that would include a new arena in Tempe.

Keeping with the adage, “You miss 100% of the shots you never take,” the Coyotes are hoping for a hat trick with a $1.7 billion development that would include a new arena, retail space and apartments.

The team was the only entity earlier this month to submit a proposal for the 46-acre tract of land near downtown. While most of the cost will be shouldered by private investors, the team is asking the city for $200 million in tax revenue that will bring some critics.

The city previously stated it will evaluate the proposal over several months and include opportunities for community feedback.