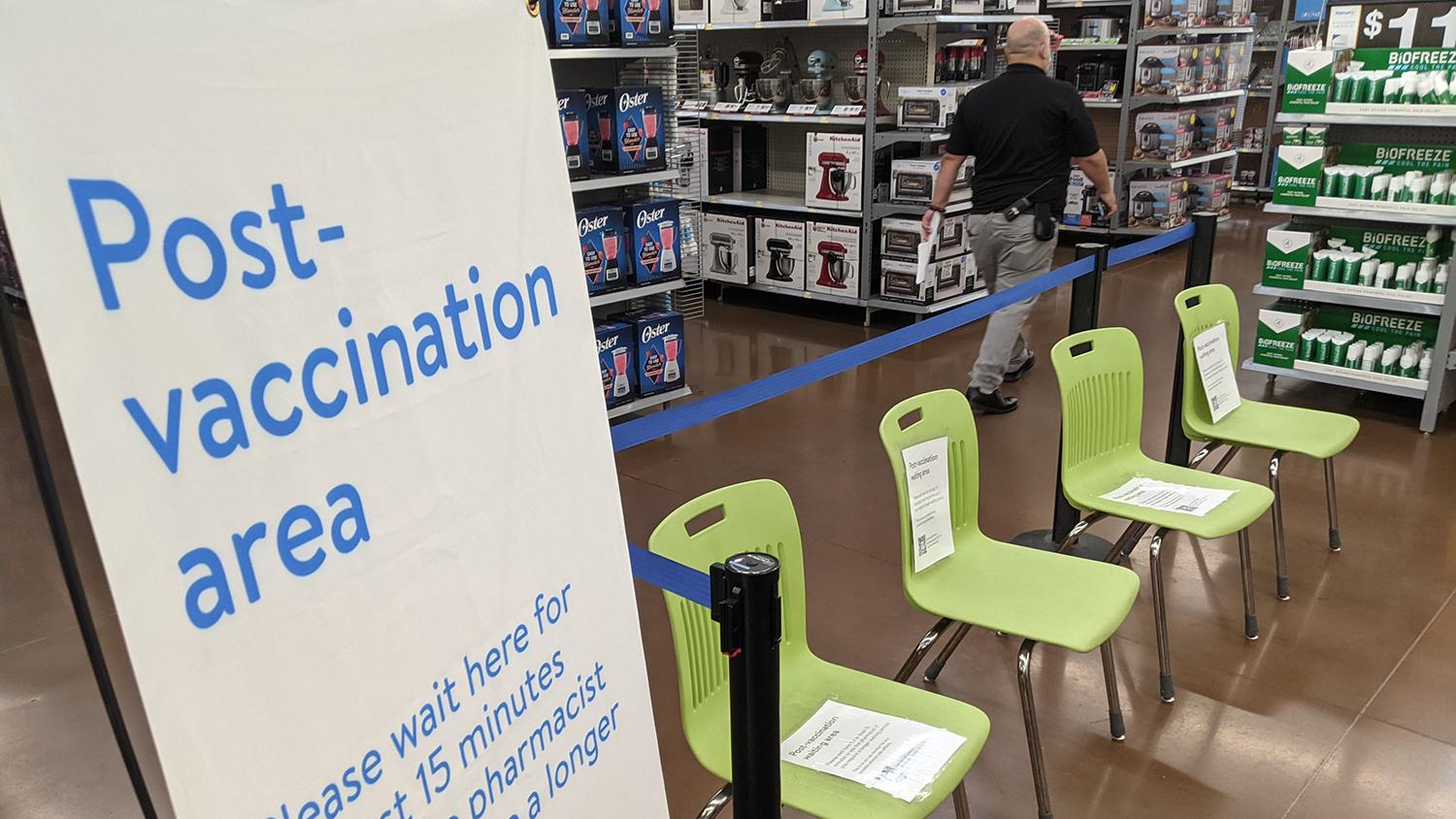 Sky Schaudt/KJZZ
A post-vaccine waiting area at a Phoenix Walmart in September 2021.

A Centers for Disease Control and Prevention advisory committee that sets policy for U.S. vaccination campaigns is set to meet on Wednesday to debate who, exactly, should get boosters and how many months after their second dose should they wait to receive the extra shot.

The CDC has said it is considering boosters for older people, nursing-home residents and front-line health care workers, rather than all adults.

Will Humble, Arizona Public Health Association executive director, says he doubts the shots will be endorsed for all adults.

"I think that there’s enough evidence to support booster shots for those over 65 years old, eight months after their second dose," Humble said.

Humble says he agrees with the CDC’s past decision to recommend boosters for those who are immuno-compromised.

An influential federal advisory panel rejected a plan Friday afternoon to offer Pfizer booster shots against COVID-19 to most Americans, dealing a heavy blow to the Biden administration’s effort to shore up people’s protection amid the highly contagious delta variant.

The vote by the committee of outside experts assembled by the Food and Drug Administration was 16-12, with members expressing frustration that Pfizer had provided little data on the safety of extra doses. Many also raised doubts about the value of mass boosters, rather than ones targeted to specific groups.