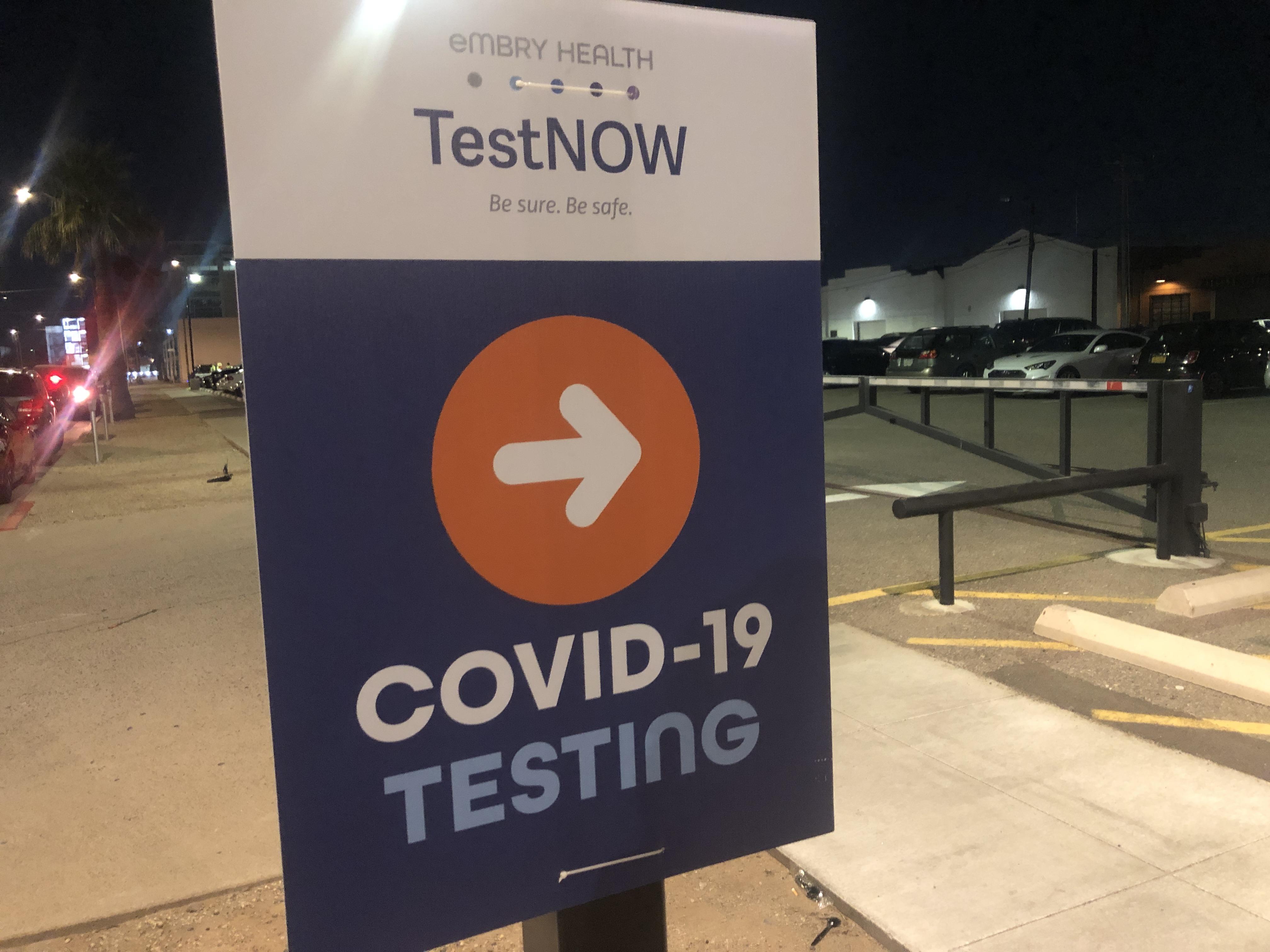 Tiara Vian/KJZZ
A sign for COVID-19 testing in downtown Phoenix.

Arizona on Tuesday report 117 additional deaths from COVID-19, the most in a single day since last February during the winter surge.

Arizona’s daily deaths reports often are larger early in the week due to reporting delays over the weekend, a trend cited by Department of Health Services spokesman Steve Elliott when asked about Tuesday's large deaths report.

Also, deaths from multiple dates are included in daily reports and additions of deaths will fluctuate due to how processing occurs within the department, Elliott said.

The additional deaths reported Tuesday were twice as many were reported the previous Tuesday and four times the state's latest seven-day rolling daily average reported by Johns Hopkins University.

However, the rolling average of deaths increased only slightly during the past two weeks, rising from 26.7 on Aug. 29 to 26.9 as of Sunday, according to Johns Hopkins.

As during the past two weeks, the number of virus-related hospitalizations remained above 2,000, with 2,090 COVID-19 patients occupying hospital beds as of Monday, according to state's dashboard.