What Arizona Could Learn From Palm Springs' Short-Term Rental Rules 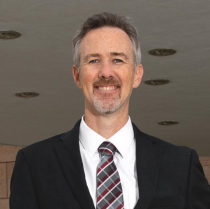 A bill that would have allowed cities a few more ways to regulate the short-term rental market died in the Arizona Legislature this year.

The measure was supported by the industry but not by many city leaders, who argued it did not give them enough authority to deal with issues arising from these properties.

State lawmakers in 2016 essentially took away the power of cities to regulate the industry. And while they’ve won back some of those powers since, city officials say it’s still not enough.

Compare that to California, where cities are free to set their own rules on short-term rentals.

Justin Clifton has a unique perspective on this. He’s the city manager in Palm Springs, and before that he had the same job in Sedona.

His current city has had regulations on the industry since 2008 and has increased them periodically since.

The Show spoke with him to learn about the rules of the road in Palm Springs for short-term rentals.