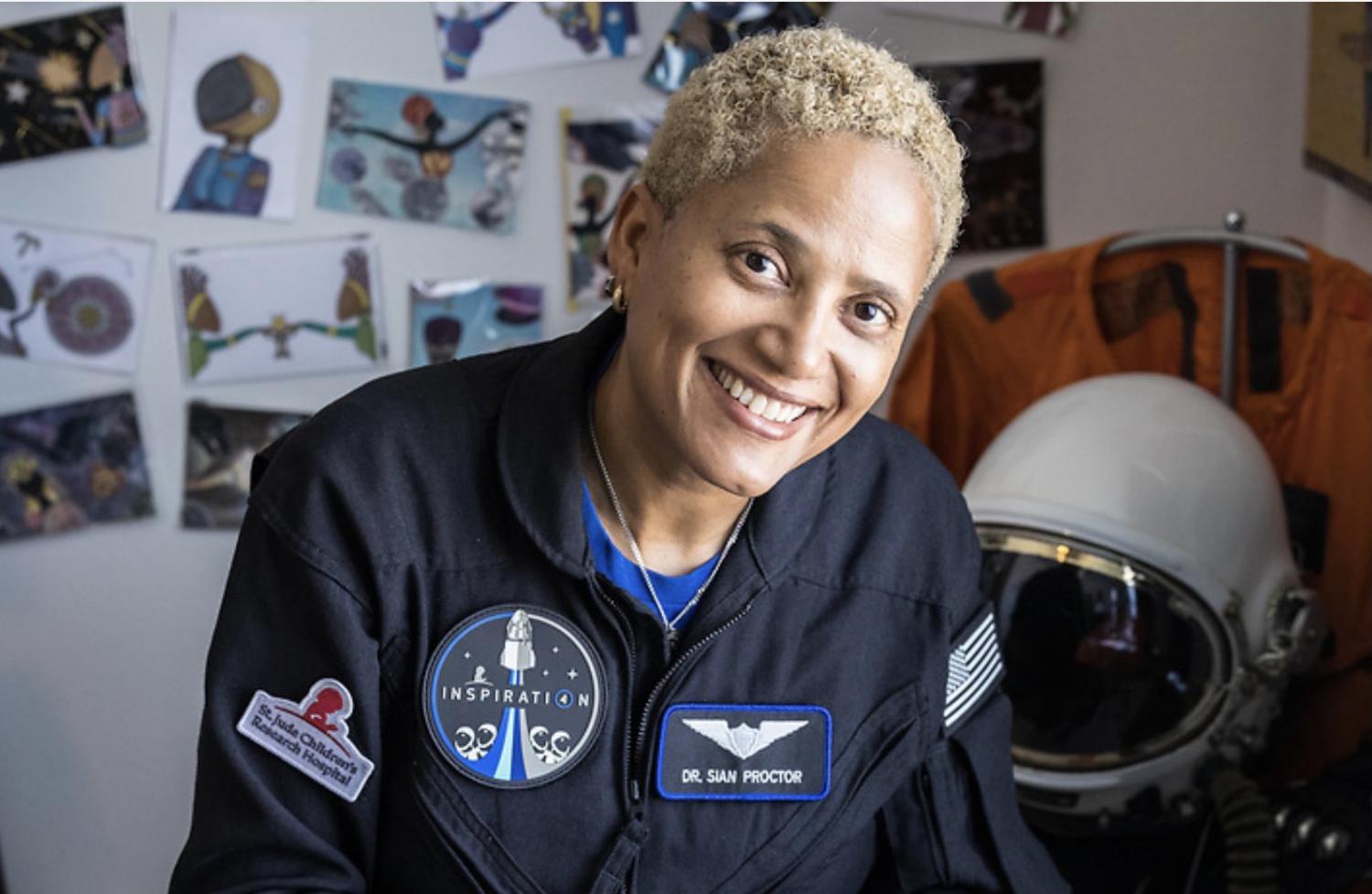 Charlie Leight/ASU
Pilot and backup commander Sian Proctor will be only the fourth Black woman to travel to space.

A 20-year South Mountain Community College professor this week will join three crewmates aboard the first ever all-civilian spaceflight.

Pilot and backup commander Sian Proctor will be only the fourth black woman to travel to space.

The crew completed its final dress rehearsal Sunday. SpaceX has set the five-hour launch window for 8:02 p.m. to 1:02 a.m. Thursday.

When geoscientist Sian Proctor flies to a 500-kilometer orbit aboard a SpaceX Falcon 9 rocket, she'll carry aloft dozens of space art and digital poetry pieces from Maricopa Community Colleges contributors. It's a fitting cargo for the 51-year-old, who won the mission's Prosperity Seat in part for her own creative enterprise, Space2Inspire.

Born in Guam almost nine months after Apollo 11 while her father was working at the NASA tracking station there, she was a finalist for NASA's astronaut program in 2009.

Proctor is also an avid analog astronaut, which means she conducts activities in simulated space conditions. For example, she participated in the all-female Sensoria Mars 2020 mission and a four-month Mars mission to study food strategies for long spaceflights. Both took place at the Hawai'i Space Exploration Analog and Simulation (HI-SEAS) Habitat on the slopes of the Mauna Loa volcano.

An advocate for STEM and the arts, Proctor says she seeks to expand justice, equity, diversity and inclusion, or J.E.D.I., in space.

"We are opening up the door so people who normally wouldn't think that space and space exploration is part of their narrative can now believe that it is," Proctor said.

The  crew's biological data will be analyzed by the team that led NASA's twin study involving Sen. Mark Kelly and his brother Scott.