Arizona Gov. Doug Ducey says it's illegal and "will never stand up in court.'' And Attorney General Mark Brnovich says it is taking "federal overreach to unheard of levels.''

But attorneys who specialize in labor law say the decision by President Joe Biden that large employers must have all workers vaccinated is well within the power of the federal government. And companies that listen to the Republicans and ignore the requirement could find themselves facing stiff fines.

In his Thursday announcement, Biden said the Occupational Safety and Health Administration is developing a rule to require all companies with 100 or more employees to ensure their workforce is fully vaccinated. The alternative is requiring any workers who remain unvaccinated to produce a negative test result on at least a weekly basis before coming to work.

The administration estimates it will impact more than 80 million workers in the private sector.

Normally, that kind of rule change takes time, including hearings. But the president said OSHA will implement an "emergency temporary standard'' to put it into effect.

"This is not the power vested with the federal government,'' Ducey said of the order. And he promised pushback against what he called a "dictatorial'' approach. "What the Biden administration is doing is government overreach, pure and simple,'' the governor said.

Brnovich promised to "take all legal recourse to defend our state's sovereignty and the rights of Arizonans to make the best healthcare decisions for themselves.''
And House Speaker Rusty Bowers and Senate President Karen Fann, also both Republicans, call it "an illegal government mandate.''

But Shefali Milczarek-Desai, director of the Workers' Rights Clinic at the University of Arizona College of Law, said the actions by the administration are neither as questionable nor as outrageous as the Republican politicians contend.

The key is that the plan is rooted in the authority of OSHA to ensure that employers have safe workplaces. "Not only is this something that OSHA can do but it's something OSHA's always done in the past,'' she said.
The key Milczarek-Desai said, is a federal statute that allows for emergency temporary standards "when workers are exposed to 'grave danger.' ''

"The exposure here can be toxic substances, it can be something that is physically harmful,'' she explained. "Or, interestingly, the statute also says 'from new hazards,'' said Milczarek-Desai who also as a practicing attorney. "And that can be where COVID is coming in.''

"They do that under the 'general duty' clause which requires that all employers have a workplace free of recognized hazards that can cause serious injury,'' he said. And while that may be "ill-defined,'' Selden said it's broad enough to sweep in COVID-related issues.

It is true, he said, that Arizona has its own OSHA plan and program, funded in part by the federal government and administered by the state Industrial Commission. But he said that does not make Arizona free to ignore federal rules, as the federal law requires the state program be "at least as effective'' as the federal plan. "Once federal OSHA adopts a standard, it will be mandatory for Arizona to enforce the same standard,'' said Selden who normally represents employers in legal issues, including OSHA compliance.

Attorney James Barton, who represents worker interests, said he believes legal efforts to void the mandate will fall flat, given the agency's statutory duties. "I think you'd have a hard time saying that this language isn't about workplace safety,'' he said. "It sure seems like it is to me.''

Nor is this unprecedented.

"There have already been OSHA reviews and inspections based upon COVID protocols,'' said Selden. "We have situations, even in Arizona, where an employee may make a complaint to OSHA.'' Usually, he said, it involves people who want to work at home because they say they're being asked to work too close to others, especially if they are not wearing masks. That forces him, as an attorney for the company, to respond to state OSHA officials to assure them that there are policies in place to protect the health of the workers.

That can include leaving every other cubicle open, testing workers and even taking their temperature when they report to work, but citations remain possible.

But aren't vaccines something different? Milczarek-Desai doesn't think so. She said it is up to OSHA to show that there is that risk of "grave danger'' when workers have to be in proximity with others who are not vaccinated. And if that's the case, Milczarek-Desai, requiring vaccinations "is something that comes within OSHA's purview.''

"It's a health and safety measure that impacts the workforce,'' Barton agreed. "To me, it doesn't seem any different than any other health and safety measure.'' Barton also noted there is an alternate option: weekly testing. "So it doesn't mandate vaccines,'' he said. And Barton said there always are the requirements for accommodations to be made in cases where there are medical reasons or someone's sincerely held religious belief.

If there is a potential weak point in the plan, Selden said it is that fact that is will apply only to companies with 100 or more employees may provide some basis for a challenge. "A worker in a workplace with 75 employees could be exposed to the exact same risks as someone who works for someplace with 101 employees,'' he explained.

"Why would there be a different standard for one than the other?'' Selden continued. "That kind of gives the appearance this is a politically driven thing rather than pure safety because every worker should be entitled to protection, particularly when the grounds for this are that it's a grave risk.'' Barton, however, said he thinks the exemption for smaller firms might be upheld. He said that precedent has been set in other laws. For example, federal statutes on age and race discrimination apply only to companies with 15 or more employees.

Milczarek-Desai said there's something else that could become an issue. Take, for example, a company that has more than 100 employees but most of them work from home. She said the firm might be able to make a case for an exemption. But Milczarek-Desai said she expects challenges "to be quite limited in scope.''

Selden said there's a word of caution for for employers who implement the new policy: address employee concerns on an individual basis and avoid "uniform edicts and ultimatums that cause people to be resistant to a top-down mandate.'' He also said companies must take care to maintain medical information about employees as confidential, including vaccine ID cards and COVID test results. He said employers should not have a retaliatory attitude towards those who are resistant to vaccines.

Dr. Joe Gerald is an associate professor of public health policy at the University of Arizona and team leader for the UA COVID-19 modeling group. He joined The Show to talk more about Biden's vaccine mandate and the virus’ track in Arizona. 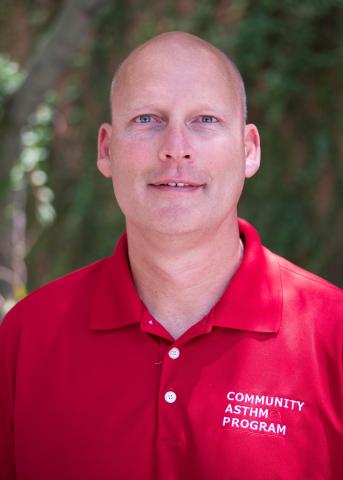