'No Safe Place On The Planet From Heat': Extreme Heat Is Becoming National Issue 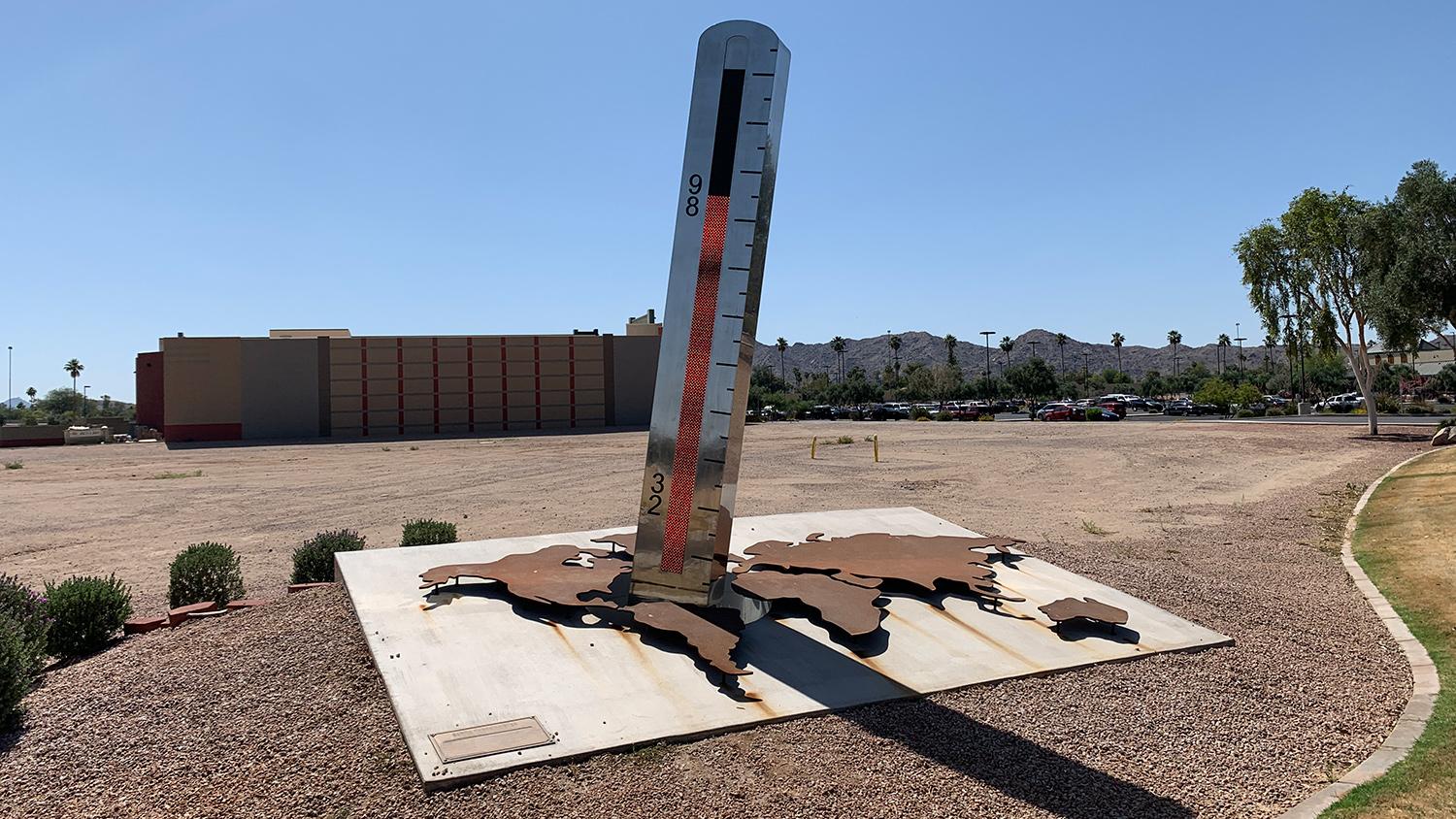 Tim Agne/KJZZ
The "Earth thermometer" sculpture shows the temperature near I-10 and Warner Road in Tempe in May 2021.

Phoenix set a heat record this June with the average temperature of 95.3 degrees, making it the hottest June on record.

But Phoenix hasn’t been alone this summer, in terms of extreme heat.

The Pacific Northwest has suffered through two serious heat waves, and on a day in early August, the National Weather Service reported more than half of all Americans were living under a Heat Advisory or Excessive Heat Watch or Warning.

And Ladd Keith says there’s no safe place in the U.S, or on the planet, anymore from heat.

Keith is an assistant professor of planning at the University of Arizona. He and a colleague recently wrote an op-ed about this in the Hill, essentially saying heat is not just a Southwest issue anymore, but one the entire country needs to be thinking about.

The Show spoke with him to learn more about the shift.