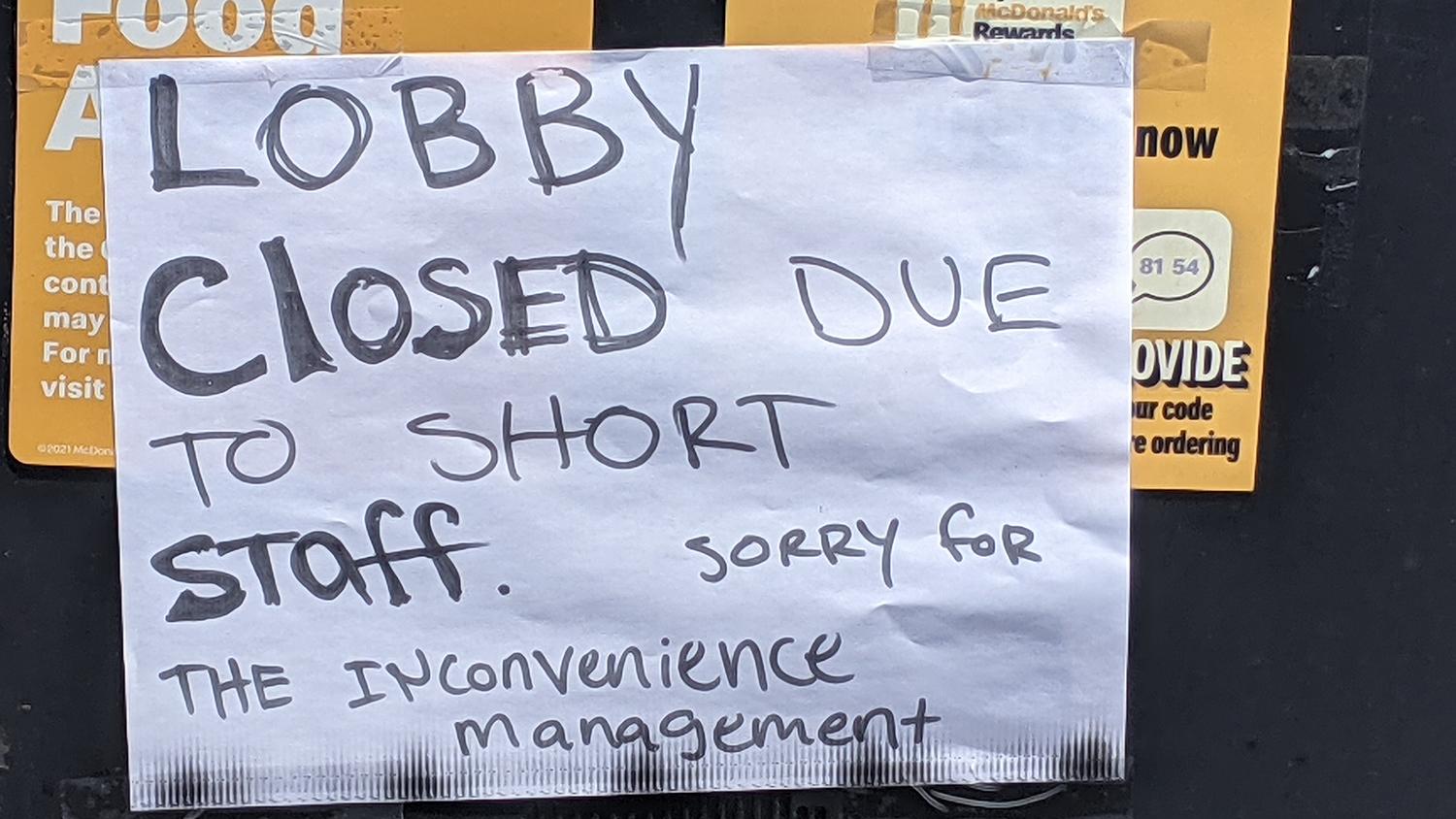 Sky Schaudt/KJZZ
A McDonald's in Phoenix short on staff in June 2021.

Arizona is one of 26 states that halted the expanded unemployment benefit last Friday that workers have been receiving since the pandemic began. The reason is to incentivize a return to work.

Of those 26 states, 25 have Republican governors. Those governors, along with some in the business community say that the unemployment benefit paid has kept people out of the workforce at a time when businesses need workers.

“We do expect there to be some impact there of incentivizing workers to get back to work. There also may be a change in the age requirement for those at work. We were seeing more teenagers being employed, and those adults over 25 were staying home,” said Danny Court, economist with Scottsdale-based Elliot D. Pollack and Company.

Court says the thought behind ending the extended benefit is to get lower-wage workers back to work, especially those in the service industry that have had job openings continue to go unfilled.