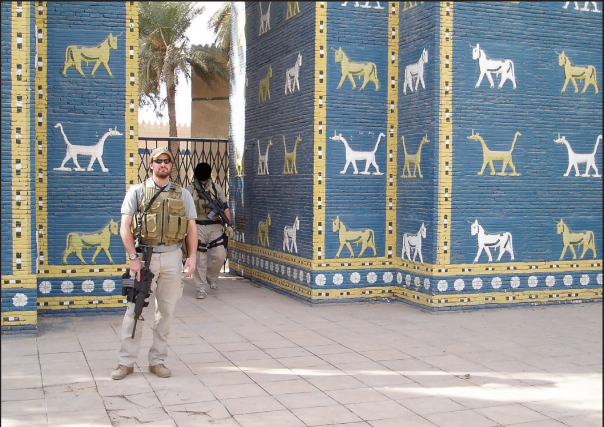 Here's a journey through the evolution of how it started, the presidential pivots along the way and the feelings of veterans who were asked to fight against an unconventional enemy.

The second commercial jet crash into the South Tower of the World Trade Center presented a clear message: What was first thought a terrible accident when a previous plane hit the North Tower about 15 minutes prior actually was a coordinated act of terrorism against the U.S.

Three days later, President George W. Bush spoke on a bullhorn to first responders digging through the fallen towers in search of survivors at “Ground Zero” in Manhattan, N.Y.

President Bush: “As we mourn the loss of thousands of our citizens ...”

President Bush: “I can hear you. I can hear you. The rest of the world hears you and the people who knocked these buildings down will hear all of us soon."

Behind the scenes, the Bush White House had asked Congress to approve a historic Authorization for Use of Military Force which would allow the President to declare a war on terror against an amorphous enemy and an undefined timespan to commit U.S. troops.

The same day President Bush was at “Ground Zero,” California Democratic Rep. Barbara Lee spoke against the resolution on the floor of the U.S. House with what she described as, “a heavy heart filled with sorrow for the families and the loved ones who were killed and injured [on 9/11].”

Rep. Lee said, “Some of us must say, ‘Let’s step back for a moment. Let’s just pause, just for a minute, and think through the implications of our actions today so that this does not spiral out of control.’”

She was the lone dissenter against the resolution that eventually was used to pivot from Afghanistan to Iraq and remove Saddam Hussein based on faulty intelligence he possessed weapons of mass destruction. It also allowed unconventional contractors to be used for security.

“I just kind of fell into Blackwater in 2004. It’s when the U.S. government essentially gave over sovereignty to the Iraqi government,” said Morgan Lerette, a Northern Arizona University graduate and former Army intelligence officer who spent 18 months as a Blackwater contractor.

“When they did that, it went from a Dept. of Defense mission to a Dept. of State mission and they sent all these diplomats over there and they essentially said, ‘Holy cow, how are we going to protect these diplomats?’ That’s where Blackwater kind of came in. They hired us as bodyguards as most of us all were prior military, prior law enforcement,” he said.

Lerette’s 2020 book, “Welcome to Blackwater: Mercenaries, Money and Mayhem in Iraq,” explores his role as a private military contractor (PMC). “The laws governing our behavior were very gray," he said. "Is it the laws of the local population? Is it the Dept. of Justice? Is it the military? Until they get that part figured out, I don’t think PMCs should have a very big role in combat operations because there’s just too many things that can go wrong.”

By late 2009, President Barack Obama, determined to capture Osama bin Laden, announced a pivotal surge back into Afghanistan during an address to the U.S. Military Academy at West Point.

President Obama stated, “If I did not think the security of the United States and the American people were at stake in Afghanistan, I would gladly order every single one of our troops home tomorrow. So, no. I do not make this decision lightly.”

Eight years after President Obama ordered an elite team to kill bin Laden in Pakistan, President Donald Trump sought to fulfill a campaign promise to end “forever wars,” and his administration negotiated with the Taliban in the Fall of 2019 the withdrawal of U.S. troops.

On Feb. 29, 2020, Sec. of State Mike Pompeo presented a formal four-page agreement to the public in Doha, Qatar.

Pompeo said, “We will closely watch the Taliban's compliance with their commitments and calibrate the pace of our withdrawal to their actions. This is how we will ensure that Afghanistan never again serves as a base for international terrorists.”

But, after Trump’s loss to then-Vice President Joe Biden, the ultimate decision to withdraw troops, and in what manner, fell on a new Commander-in-Chief.

“I’m now the fourth U.S. President to preside over American troop presence in Afghanistan. Two Republicans. Two Democrats. I will not pass this responsibility onto a fifth,” said President Biden, who issued those remarks from the White House on April 14, 2021, promising an orderly and measured withdrawal beginning May 1.

During his speech, Biden promised, “We’ll not conduct a hasty rush to the exit. We’ll do it responsibly, deliberately and safely. And, we will do it in full coordination with our allies and partners.”

Shawn Banzhaf, assistant director of Student Success for the Pat Tillman Veterans Center at Arizona State University (ASU), and a Bronze Star recipient who saw combat in Iraq in 2006-2007, co-authored the recent book with Jamin Hubner, “The Five L’s: A Practical Guide for Helping Loved Ones Heal After Trauma,” about how to cope with post-traumatic stress.

Speaking for himself, and not as a representative of ASU, on the Season 6 launch of KJZZ's “Word,” and prior to the airlifts from Afghanistan, Banzhaf said, “Here’s the deal, veterans have this thing we call moral authority because we have stepped out into the abyss. And I know a lot of veterans feel the same way. You were called to do a job. You did your job and now you’re home, or maybe you have buddies that didn’t come home. So, there’s great frustration — I don’t know how else to put it — and great sadness,”

Twenty years later, we remark how the war started while honoring those we lost on Sept. 11, 2001. We also consider those who fought against an asymmetric threat to prevent a future one.

As America’s longest war ends, some are now asking whether it was all worth it.