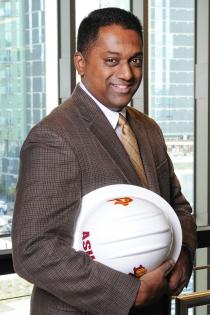 Pacific Gas and Electric, known as PG&E, said it plans to bury around 10,000 miles of power lines.

The utility said it’s the “largest effort in the U.S. to underground power lines as a wildfire risk reduction measure.”

PG&E serves about 16 million customers in northern and central California. Its lines have been blamed for setting off several wildfires in recent years, including the Dixie Fire, which has burned more than 859,000 acres so far near Chico, California.

Burying that amount of power lines is a “pretty monumental task,” according to Sam Ariaratnam, but one he says is doable.

Ariaratnam is a professor in the School of Sustainable Engineering and the Built Environment at Arizona State University, where he works in underground infrastructure.

The Show spoke with him to learn about how big of an impact PG&E's move could have.