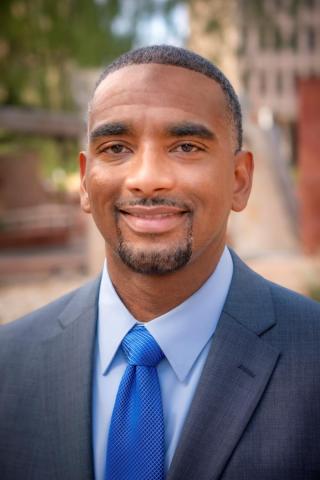 There will soon be a new person managing more than 14,000 Phoenix city employees.

The Phoenix City Council plans to put Jeff Barton in charge of services that impact 1.7 million residents. Barton began his Phoenix career more than 20 years ago as an auditor. When COVID-19 first hit, Barton was budget director facing many unknowns.

Barton is known around city hall as someone who knows the facts and speaks the truth. He also has wide support from a Council that’s frequently divided.

In a statement, Mayor Kate Gallego said, “Jeff has spent years learning the city from the inside out. He has been a critical factor in decisions regarding the budget and community investment, and in developing strategy for deploying federal COVID relief dollars during the pandemic and beyond.”

City of Phoenix
Jeff Barton started as an internal auditor for Phoenix in 1999.

Councilman Sal DiCiccio released a statement that reads in part, “Jeff has a track record that almost no one in government-anywhere, at any level can match. His work on budget planning was always spot-on and his ability to accurately forecast future growth is unparalleled.”

Councilwoman Laura Pastor’s statement read in part, “Jeff is extremely qualified, has a thorough understanding of the needs of the city, and has the integrity and leadership skills to move the city forward with a strong vision.”

One of the newest members, Councilwoman Ann O’Brien said, “I am most impressed with Jeff’s calm approach to difficult situations. He is always prepared and well-informed and presents pragmatic solutions.”

The city’s public announcement included this quote from Barton: “I want to thank the Mayor and Council for their confidence in providing me this opportunity to serve the people of Phoenix. I consider it an honor and privilege to contribute to making Phoenix an even stronger, safer, better place to live, work and play for all residents, business owners and visitors.”

The Council will vote on Barton’s appointment at its September 8 meeting. He’ll replace Ed Zuercher, who will retire in October.

→ Q&AZ: Who Is Jeff Barton And Why Do Phoenix Leaders Listen To Him?