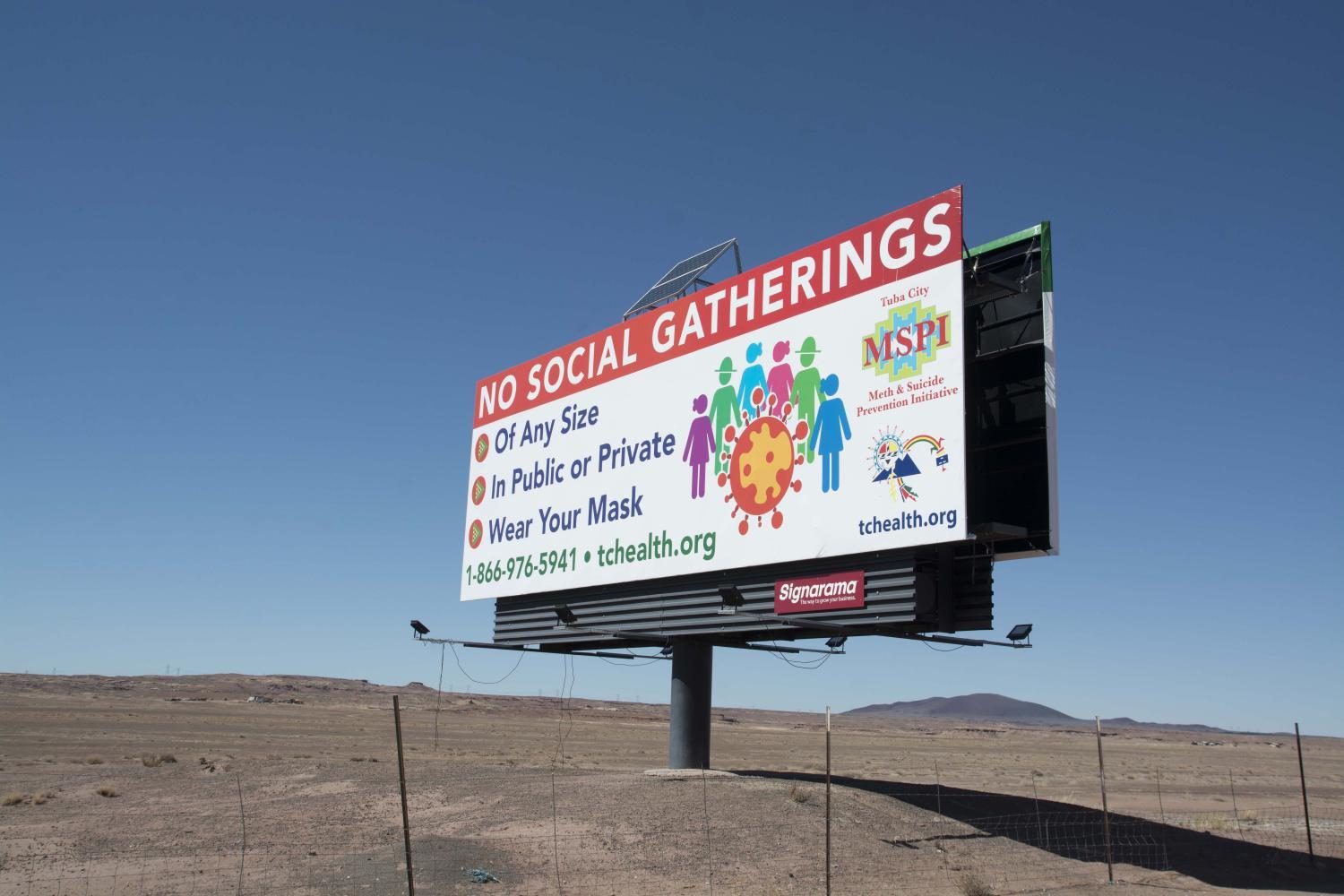 Katherine Davis-Young/KJZZ
A billboard on the Navajo Nation encourages residents to avoid social gatherings to prevent the spread of COVID-19.

The number of COVID-19 cases reported on the Navajo Nation soared throughout July and August, but the outbreak on the reservation now appears to be slowing.

Two weeks ago, the reservation was averaging 49 new infections per day. Now the average is 39 cases per day. But the Navajo Nation still reports uncontrolled spread in dozens of communities on the reservation.

"It’s not time to celebrate," Navajo president Jonathan Nez said in a town hall video Tuesday. "Continue to do what we’ve been doing for the past few weeks."

The reservation still has a mask requirement, many business restrictions, and limits on in-person gatherings. Nez said those precautions are helping.

Nez is urging residents to avoid travel since Arizona and other surrounding states are still seeing substantial spread of the virus. The Navajo Nation has reported about 160 cases per 100,000 people over the past week. That’s high, but Arizona’s rate is far higher, with more than 300 cases per 100,000.

“People go off the Nation, people return to the Nation, they let their guard down and go into the family household and that’s all it takes,” Nez said.

→ The Navajo Nation Took A Hard Stance Against COVID-19; Experts Say It Worked