4 Hospitalized After Explosion At Chandler Business 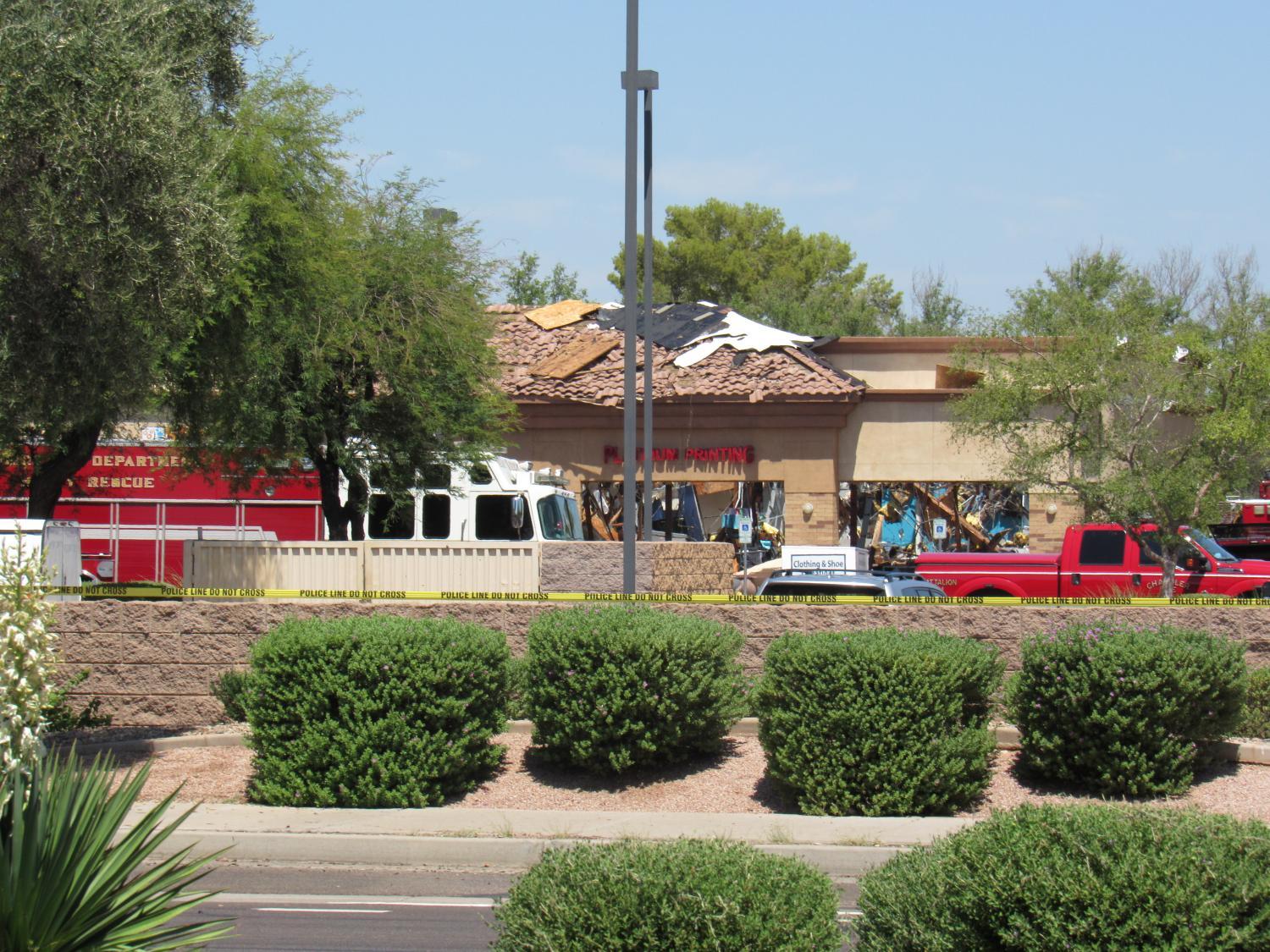 Matthew Casey/KJZZ
Four people have been taken to a hospital and several businesses have been evacuated following an explosion in west Chandler on Aug. 26, 2021.

Four people have been taken to a hospital and several businesses have been evacuated following an explosion in west Chandler on Thursday morning.

The blast shook businesses and homes near Rural and Ray roads. The explosion took place at Platinum Printing, which is located in a small shopping center.

A Chandler public safety spokesman says other businesses in the shopping center have been evacuated as well as the Chandler sunset library. Some nearby homes may also be evacuated.

The spokesman says Southwest Gas investigators are on the scene trying to determine the source of the explosion. 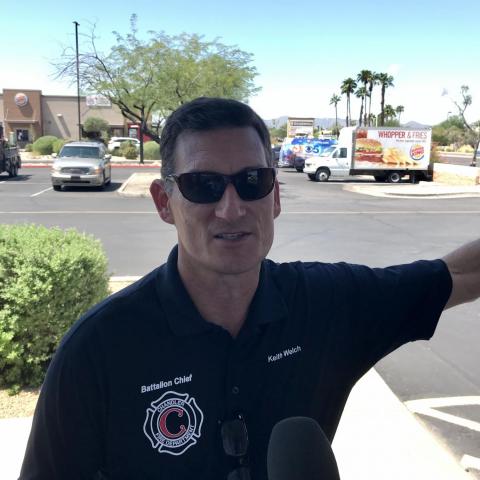 Traffic in the area is being rerouted. More than 50 fire units from Chandler, Phoenix, Tempe and other surrounding cities were dispatched to the scene.

The director of the Arizona Burn Center says four young males are lucky to be alive following the explosion.

Keith Welch, battalion chief with the Chandler Fire Department, says rubble flew more than 100 feet and damaged walls three suites over. On the other side, the Chandler Sunset Library, "had damage to the inside from the percussion from the blast. So it was a significant explosion," Welch said.

Welch says hazmat crews found an underground pipe leak near the print shop, but it's unknown if it existed prior to the blast. The Arizona Burn Center director says the injured have flash burns suspected of being caused by a gas explosion. The official cause is under investigation. 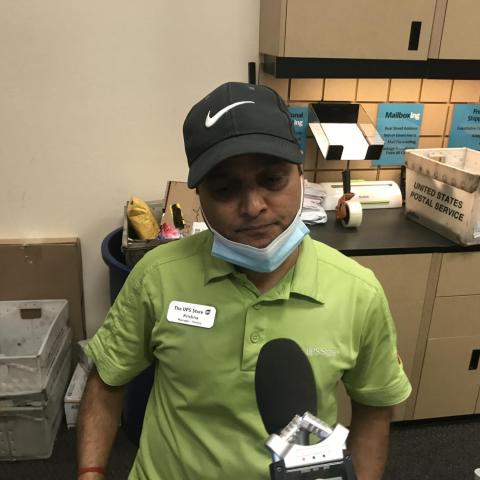 Matthew Casey/KJZZ
Krishna Dehkal was helping a customer inside the UPS Store when he heard the loud bang.

The director of the Arizona Burn Center says four patients have been treated for injuries on as much as 30% of their skin after a suspected gas explosion. The young males are expected to survive burns the doctor says could have been much worse.

At about 9:30 a.m., Krishna Dehkal was helping a customer inside the UPS Store. Then he heard a loud bang that seemed to be on the roof. Dekhal ran outside and saw it came from a building on the north side of Ray Road.

"You know the smoke was going toward the sky and everything was flying. The people were running," Dekhal said.

Back inside, the manager saw evidence the blast really did shake his store.

"Later that I found that in my ceiling also. The cover of the light nearly fell down," Dekhal said.