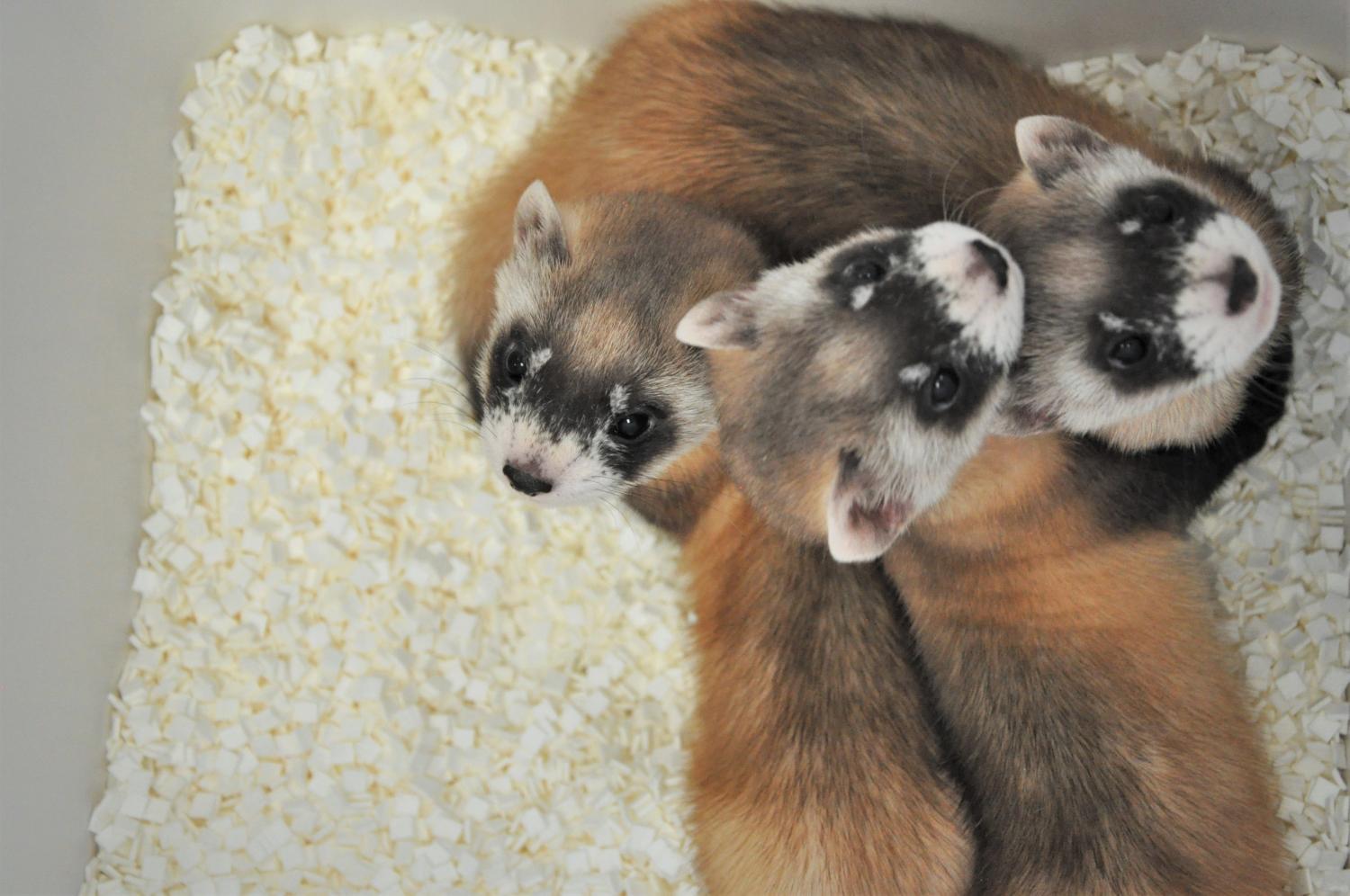 Phoenix Zoo
The zoo is caring for 27 black-footed ferret kits and officials say it’s the most successful breeding season in 20 years. The first litter was born in May and the last in June 2021.

The Phoenix Zoo has welcomed 27 new fur-babies this summer.

Twenty-seven black-footed ferret kits were born in May and June. And the Zoo says it was their most successful season of ferret births in 20 years.

The kits are now several months old and were recently named as well. Three of them take their names from some Arizona towns including Strawberry, Payson, and Bisbee.

It’s good news for the species which has struggled to maintain populations in the wild.

Tara Harris is the director of Conservation at the Phoenix Zoo. She says that the species was rediscovered in the 1980s by a rather unexpected farm-hand in Meeteetse, Wyoming.

Biologists descended on the Wyoming town to study the little critters, and realizing that only a few were left, they captured them to raise them in captivity in order to save the species.

And it’s from those few wild individuals that all the living black-footed ferrets are descended. And the Phoenix Zoo has been a major player in reviving the species.