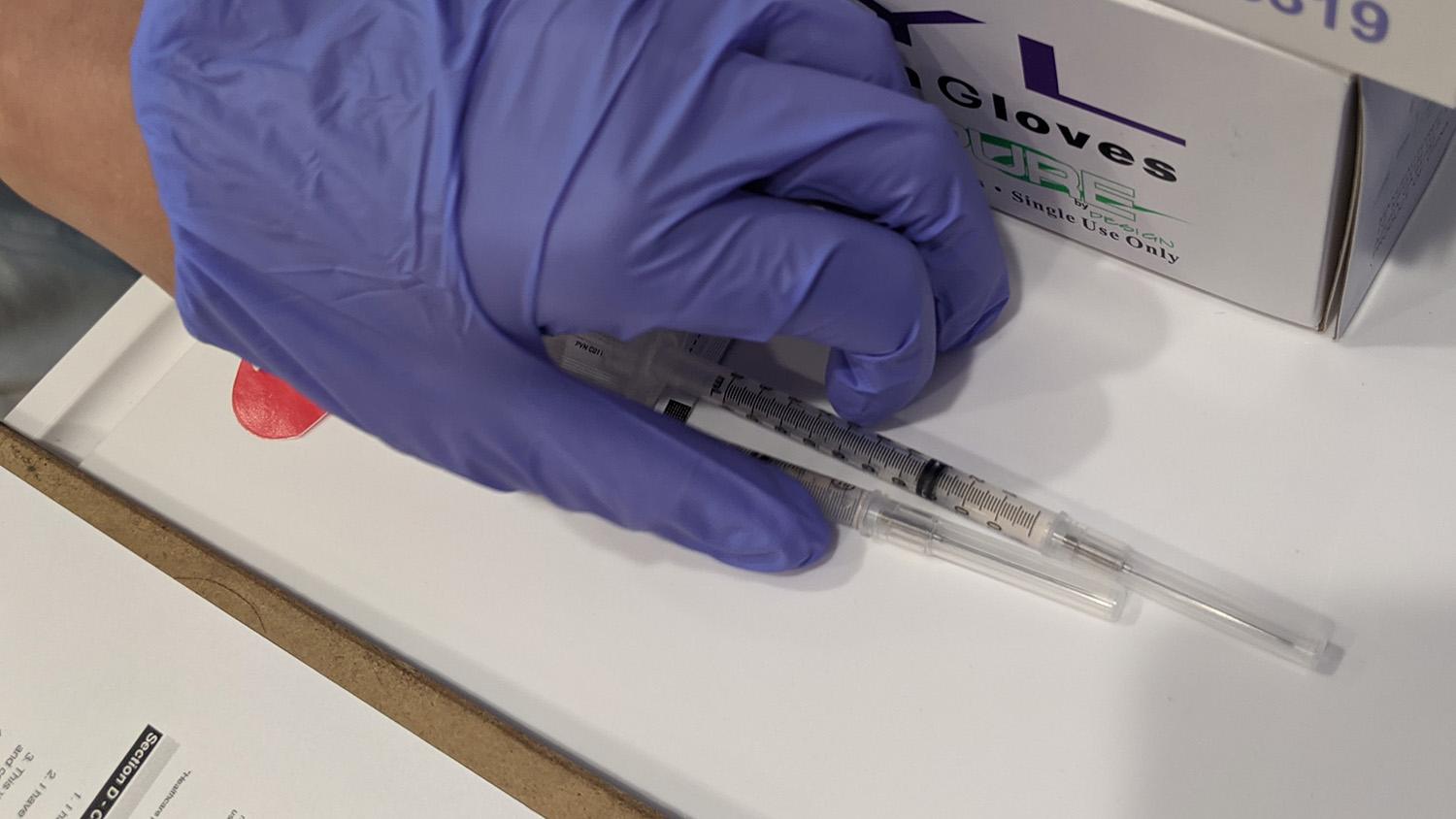 Sky Schaudt/KJZZ
A pharmacist prepares to administer a COVID-19 vaccine in Phoenix on June 2, 2021.

Private businesses in Arizona are free to require that their workers be vaccinated against COVID-19, Attorney General Mark Brnovich has concluded.

And Brnovich said companies have right to make the same demand of customers.

But the attorney general, in a 40-page legal opinion issued Friday, said neither of those rights is absolute. In both cases, the business has to provide "reasonable accommodations'' for those who cannot get vaccinated due to a disability. And they must not discriminate against customers who will not get inoculated due to a sincerely held religious belief.

He laid out ways that employers can deal with workers, like staggered schedules. telework assignments and mask requirements.

Brnovich, however, had no real answers for how a grocery store, bar, restaurant, retail outlet or even movie theater could meet their burden to provide a reasonable accommodation, especially as federal law does not require a company to makes changes that would "fundamentally alter'' their services.

An aide, for example, said she could not say whether a mom-and-pop grocery store that requires patrons to be vaccinated now would have to provide home delivery for a customer who cannot or will not get vaccinated due to medical or religious reasons.

"We can't provide legal advice to one specific grocery store or a movie theater,'' said press aide Katie Conner. "It's not our job to say exactly how they can do it,'' she continued. "It's our job to interpret the law as it's currently written, not to come up with a policy for them.''

Strictly speaking, the formal opinion has no force of law like a court ruling. But it can be cited when there is litigation.

While Brnovich is providing broad authority to private employers, he is siding with the state and Gov. Doug Ducey who contend that a state law that takes effect on Sept. 29 precludes the right of local governments to impose such mandates on their own workers. That could lead to litigation with the city of Tucson whose legal counsel contends it has the same rights over its employees as any other private company.

The conclusions come amid increased public debate about the rights of those who, for whatever reason, have decided not to get the vaccine. These range from arguments about personal liberties to questions about the vaccine's safety given that it has not been given full approval by the federal Food and Drug Administration but instead is being distributed under an "emergency use authorization.''

Brnovich suggested that he's not entirely comfortable with his conclusions.

"The attorney general ... believes strongly that government should not mandate that citizens relinquish their bodily liberty and undergo vaccination, particularly when a vaccine is being distributed and administered only through an EUA, in return for being able to participate fully in society,'' he wrote. "Only in the most limited of circumstances should government allow private parties to mandate vaccination,'' Brnovich continued. "Americans should be allowed to choose which risks they are comfortable taking and which they are not.''

But he said his job is not to promote his personal philosophy. "The law does not always reflect good public policy,'' Brnovich said. "And our role with respect to an attorney general opinion is to say what the law is, not what it should be.''

What that leaves, he said, is the right of employers and business owners to decide who can work for them and who can enter their shops based on their vaccination status. What they cannot do, he said, is illegally discriminate.

That starts, said Brnovich, with the requirement to provide a reasonable accommodation to those who  cannot get inoculated because of medical reasons. And he said that should not be difficult, given that companies already have been using these kinds of measures since the outbreak. "This includes teleworking, masking, social distancing, enhanced sanitation measures, and/or staggered work schedules,'' Brnovich said.

He said that is covered under the federal Civil Rights Act which bar discrimination based on race, color, religion, sex or national origin. That law, in turn, defines "religion'' to include all aspects of religious observance and practices as well as beliefs.

But there is language that provides an "out'' for employers who can demonstrate an inability to reasonably accommodate a worker's religious observance or practice "without undue hardship on the conduct of the employer's business.''

And it's even more complicated than that.

The leaders of various religious groups, including the Pope and the president of the Church of Jesus Christ of Latter-day Saints, have issued statements saying the inoculations do not run afoul of church doctrine. That even includes the fact that some of the vaccines are the result of research on fetal tissue.

Those same requirements to provide options for unvaccinated individuals also applies to "places of public accommodation.'' And the definition of what that includes, Brnovich said, is quite broad, including places of entertainment, amusement, recreation, anywhere where food or beverages are sold for on-premises consumption, hotels, health and recreation facilities "and all establishments which cater to or offer their services, facilities or goods to solicit patronage from members of the general public.''

Brnovich has a record of sorts on the issue of the rights of businesses to turn away customers. In 2018 he sided with the owners of Brush & Nib, a graphic design firm, who argued that their sincerely held religious beliefs allows them to refuse to provide custom invitations for same-sex weddings despite a Phoenix anti-discrimination ordinance.

The Arizona Supreme Court sided with the business. But the justices, in issuing what they said was a narrow ruling based solely on the specific facts of that case, did not address whether the owners were required to provide some "reasonable accommodation'' for gay customers.