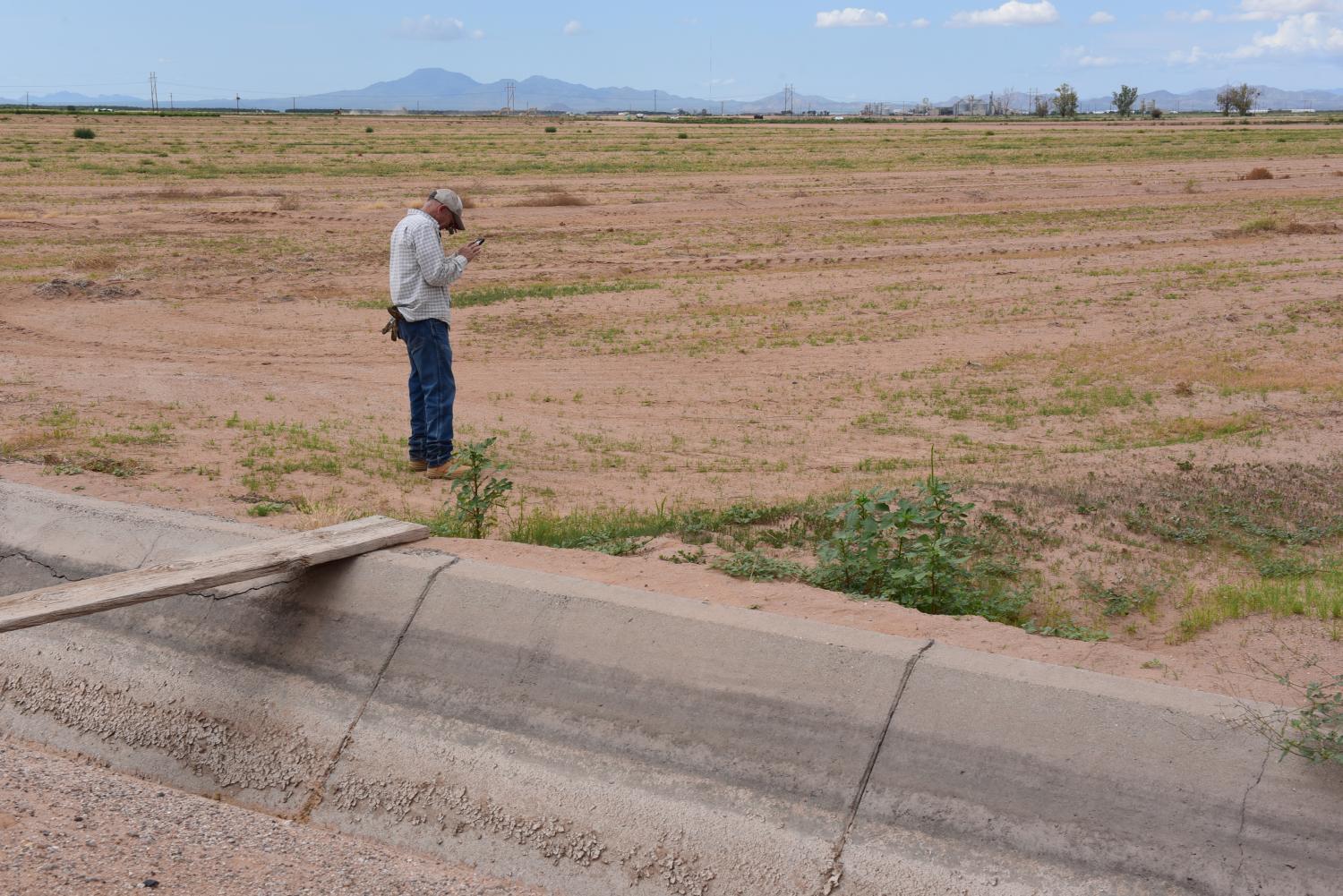 Ron Dungan
Kelly Anderson on a fallow field at his farm. Anderson says he frequently fallows fields to rest the soil, but will probably do so more due to cuts in Central Arizona Project water.

When Kelly Anderson talks about his farm in Maricopa, a desert community south of Phoenix, his talk ranges across decades, from the price of cotton to laser-leveled fields.

For decades his family irrigated crops with water from the Colorado River, but after two decades of drought, reservoirs on the Colorado River are depleted, and the federal government has declared a water shortage, which will trigger cutbacks. Central Arizona farmers will bear the brunt of those cutbacks.

“We’ve farmed this ground here in Maricopa since 1949," Anderson said. "My granddad bought it in November of ’49 and we’ve been here ever since."

In 1968, Arizona finalized a deal with the federal government to build a 336-mile canal system called the Central Arizona Project to bring water from the Colorado to the state’s interior.

In exchange for money to finance the project, the state agreed to junior rights in the Colorado River system. That meant that if a shortage was ever declared, Arizona’s supply was vulnerable to cutbacks.

“We took our first CAP water I believe in the early ’80s,” Anderson said. 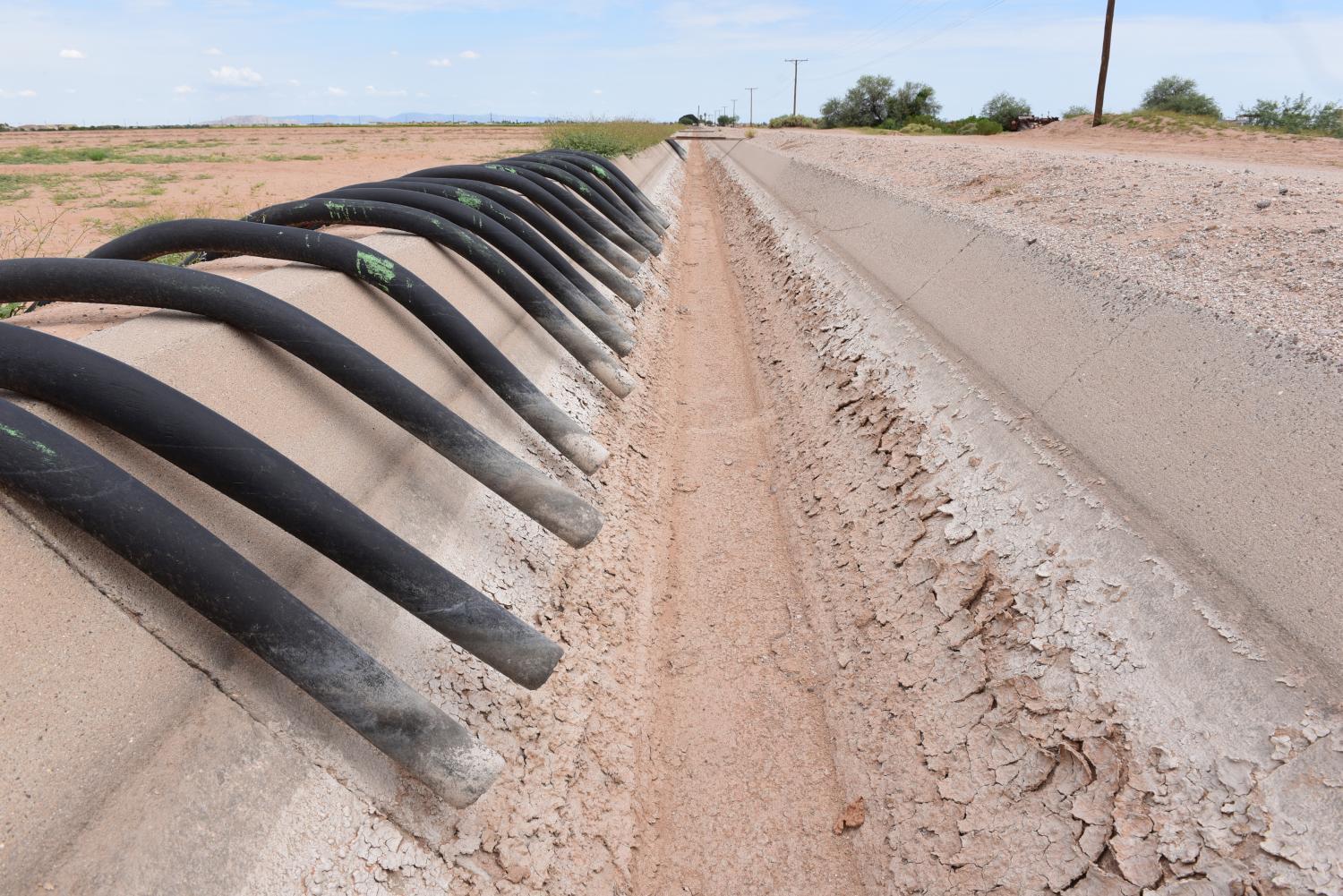 Phoenix has grown since then, as policy makers expected. They thought that urban development would replace agriculture, but a lot of farms are still in production.

“I serve on the board of directors for our irrigation district,” Anderson said. “We monitor the lake levels monthly. And so we’ve seen this drought coming for the last 10 years.”

Both farmers and cities have been resourceful when it comes to water conservation. Agriculture uses less water than it did when Anderson’s grandfather farmed. In Phoenix, drip irrigation and desert landscaping are common. Water is traded, borrowed and stored underground. Water that goes down the drain can be recaptured and reused.

“It’s very likely that the Colorado River-using states will continue to adjust to less Colorado River water,” said Sarah Porter, of the Morrison Institute, a non-partisan think tank at Arizona State University. “How that will play out from project to project and state to state, remains to be seen, it’s impossible at this point to predict.” 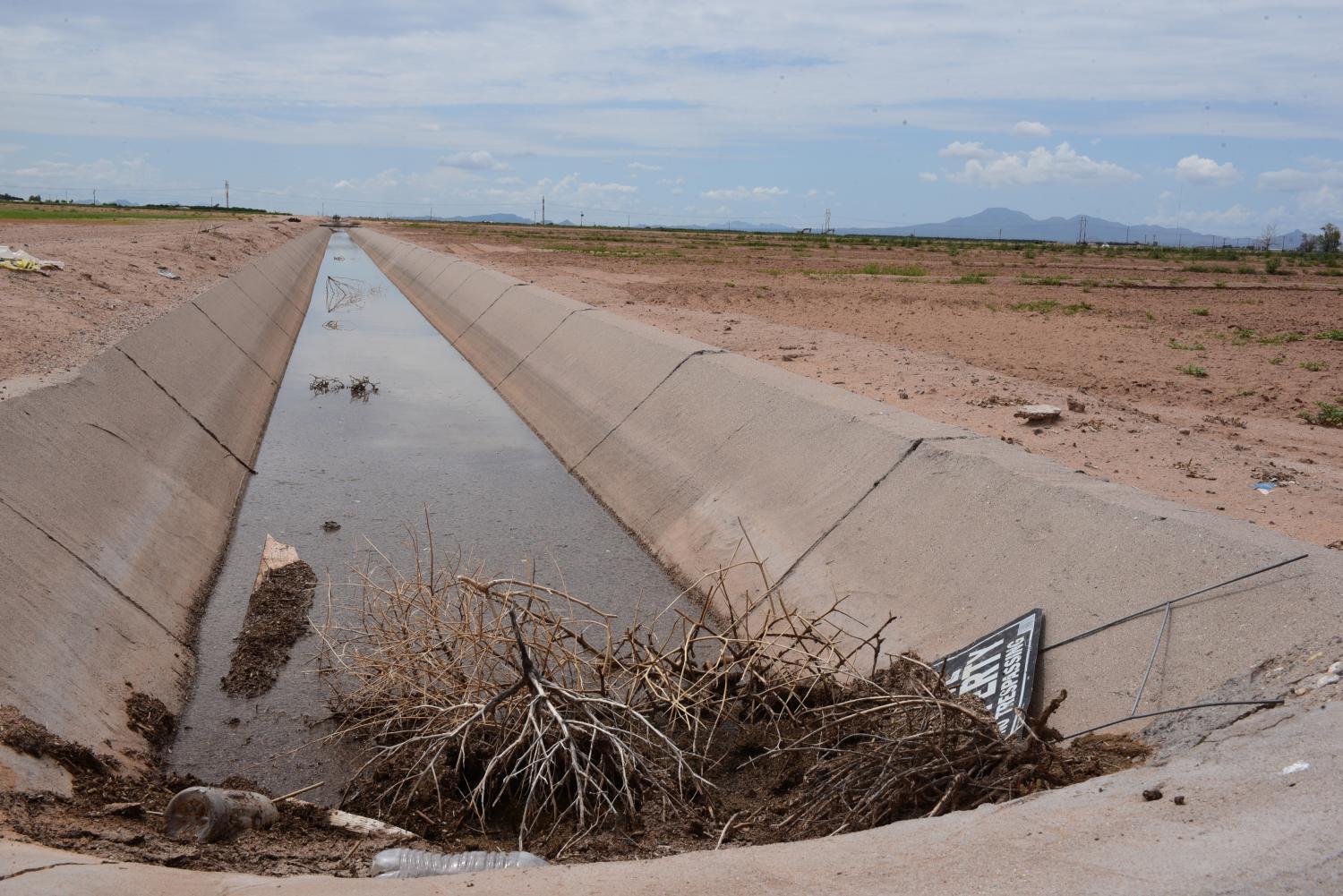 Among those projects are farms, golf courses, mines and new residential development.

“There are different philosophies about how arid regions should manage groundwater,” Porter said.

Kim Mitchell, with Western Resource Advocates, a Colorado-based conservation group, says whatever strategies Arizona and other states come up with, the shortage declaration signals a big change.

“I think we need a new mindset, that we need to live within our means and that we are dealing with a new reality of a smaller river.” 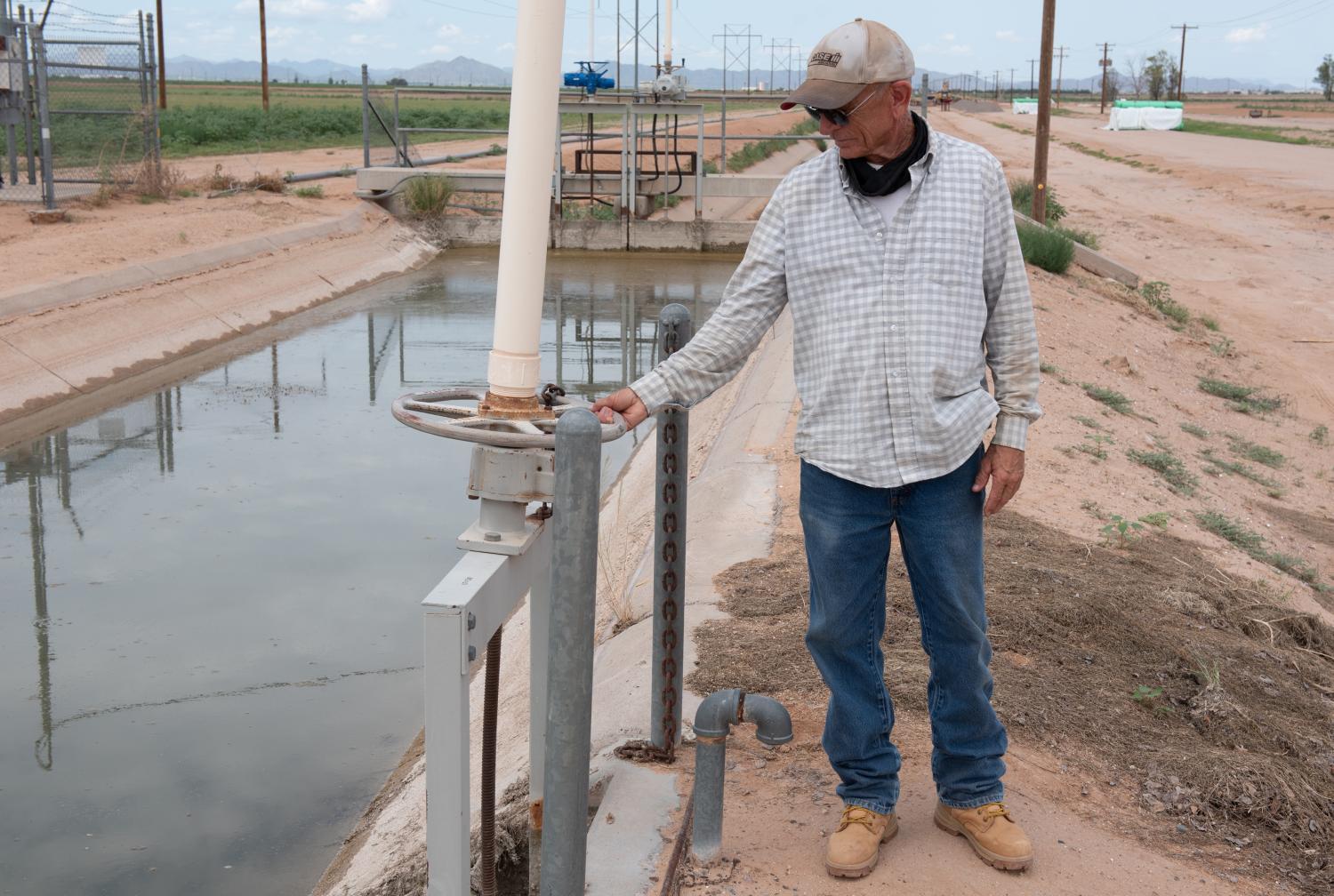 Ron Dungan
Kelly Anderson at an irrigation ditch. Pinal County farmers will lose much of their Central Arizona Project water when a drought contingency plan kicks in.

Anderson said that even with upgraded wells, losing water from the Colorado River means farmers are going to fallow more fields.

“We always fallow fields ... I need to give the ground a rest. Back in the day we never had enough wells to farm the whole farm. That was just the way it was. You know every farmer’s gonna have to go back to that, fallowing some ground out, whether it’s 30% or 40%. And farm your best ground.”

Western states have always competed for water. One reason Arizona developed so quickly was to lay claim to as much water as it could. But the agreement that governs Colorado River usage is based on cooperation. The agreement expires in about five years. 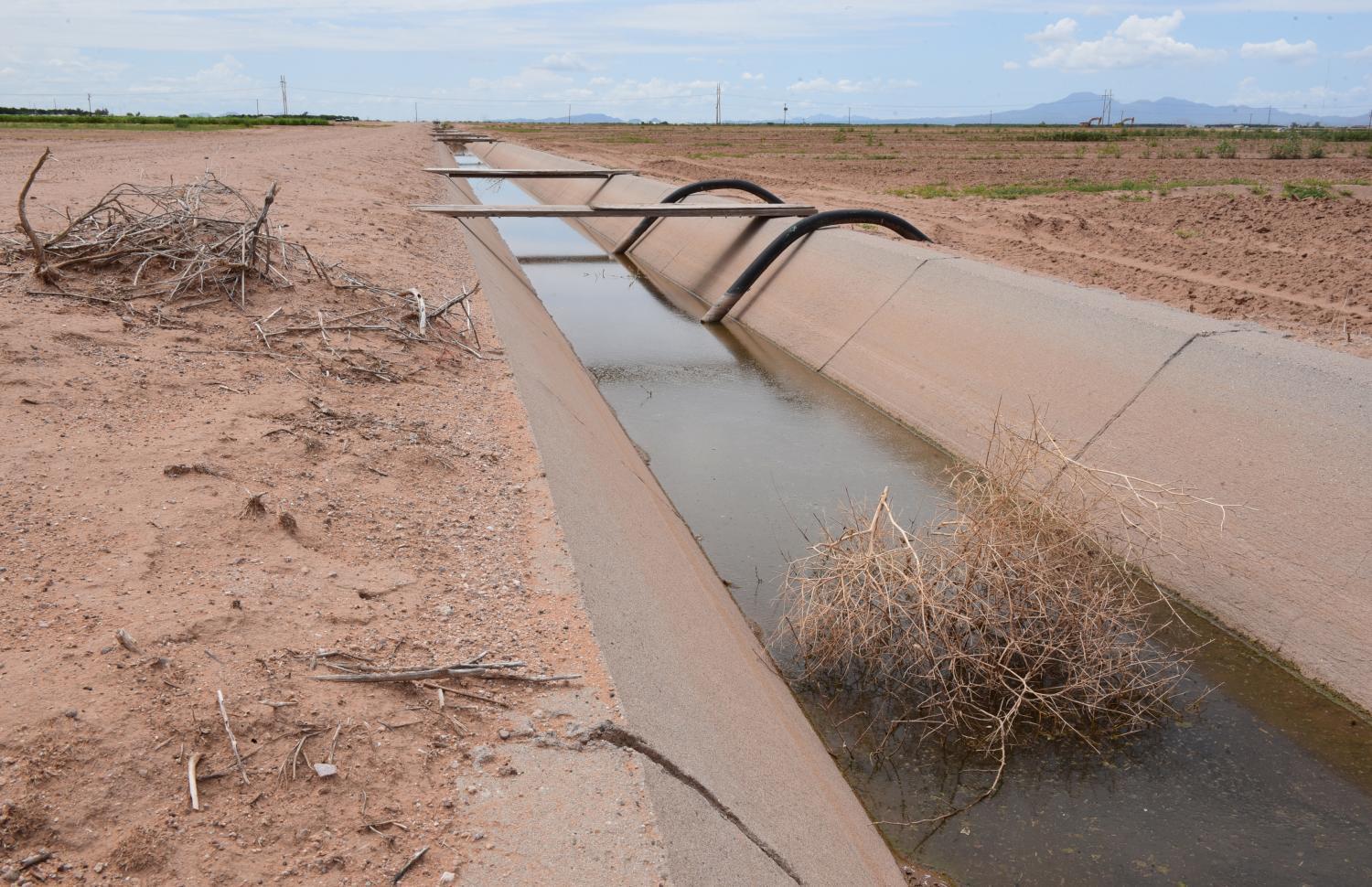