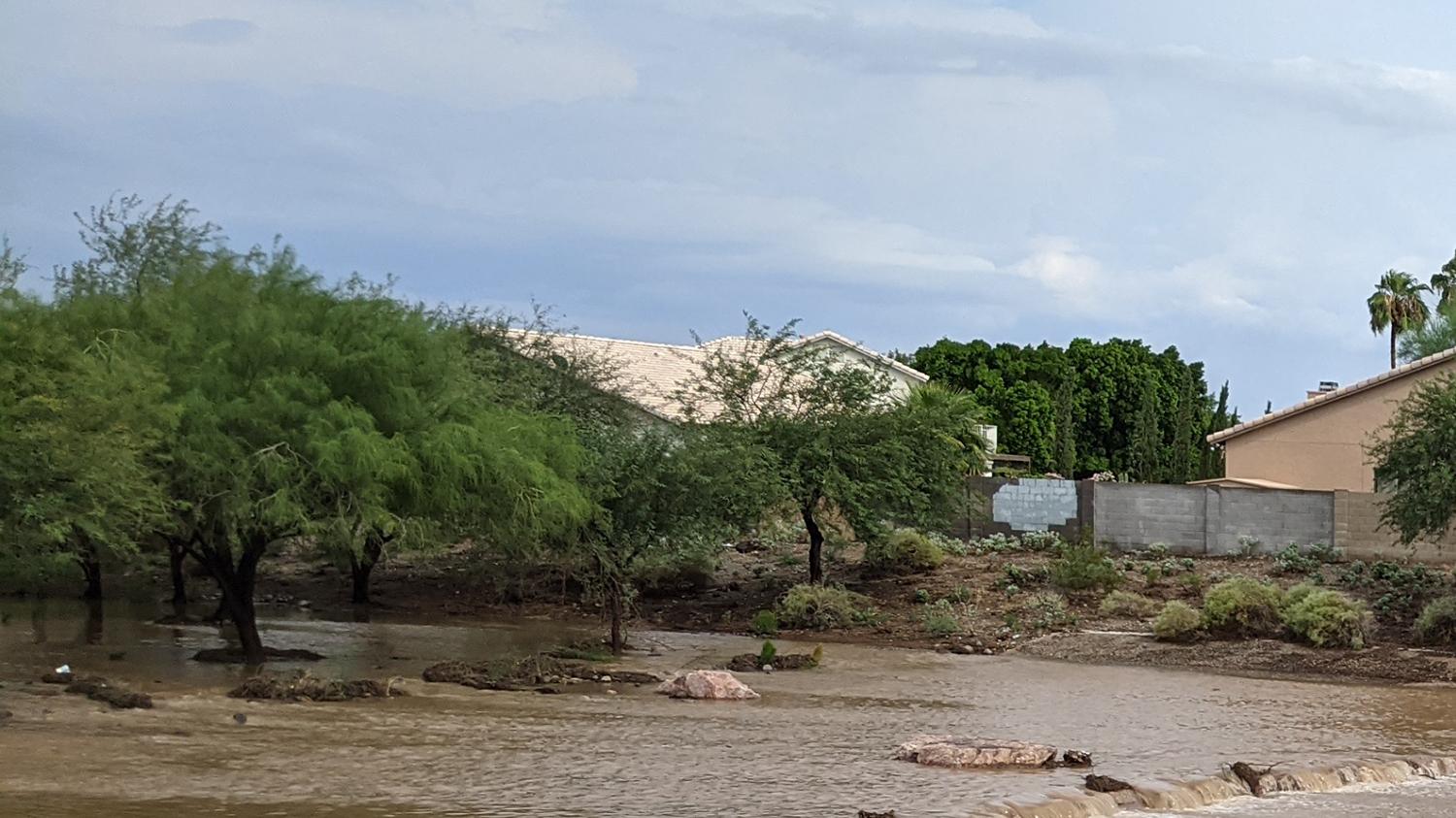 It’s that time of year again, when the desert heat builds up, the sun beats down, the ground dries out and — just when we all think we can’t take it anymore — it breaks.

Monsoon rains pour down and the desert takes a deep breath. But for the last couple of years, that breath never came.

In Christopher Castro's words: “Our climate is becoming more extreme and more variable."

Castro is a professor of hydrology and atmospheric sciences at the University of Arizona. He does regional atmospheric modeling to try to predict the future of the monsoon season here.

So after a string of dry monsoons and record heat, The Show spoke with him and asked him if we're at risk of losing monsoons altogether.

Castro said he doesn't think we're "in danger of losing the monsoon. But certainly the character of the monsoon is changing.”

He said big downpours aren’t going to happen as often. But when they do happen, the storms will be bigger.

To Arizona State University geographical sciences professor Randy Cerveny, the answer to this one is simple:

"Yes, we will have a monsoon."

But other aspects are changing, so how does this all affect the monsoon?

So far this summer, we’ve seen the hottest June on record — followed by the wettest July.

Last summer was the driest monsoon season recorded. This summer is already on track to have some of the highest rainfall numbers we’ve ever seen.

Castro calls it a world of increasing contrast, where the extremes are becoming more extreme — including our monsoon season.

So in this year’s monsoon series, we’re looking at how climate change meets the monsoon, and what that could mean for our environment, growth, traditions and identity. And, of course, what it means to you.

The Show wants to hear your stories — your monsoon memories and hopes for the future. Leave a voicemail at 480-774-8299, and you might end up on The Show.