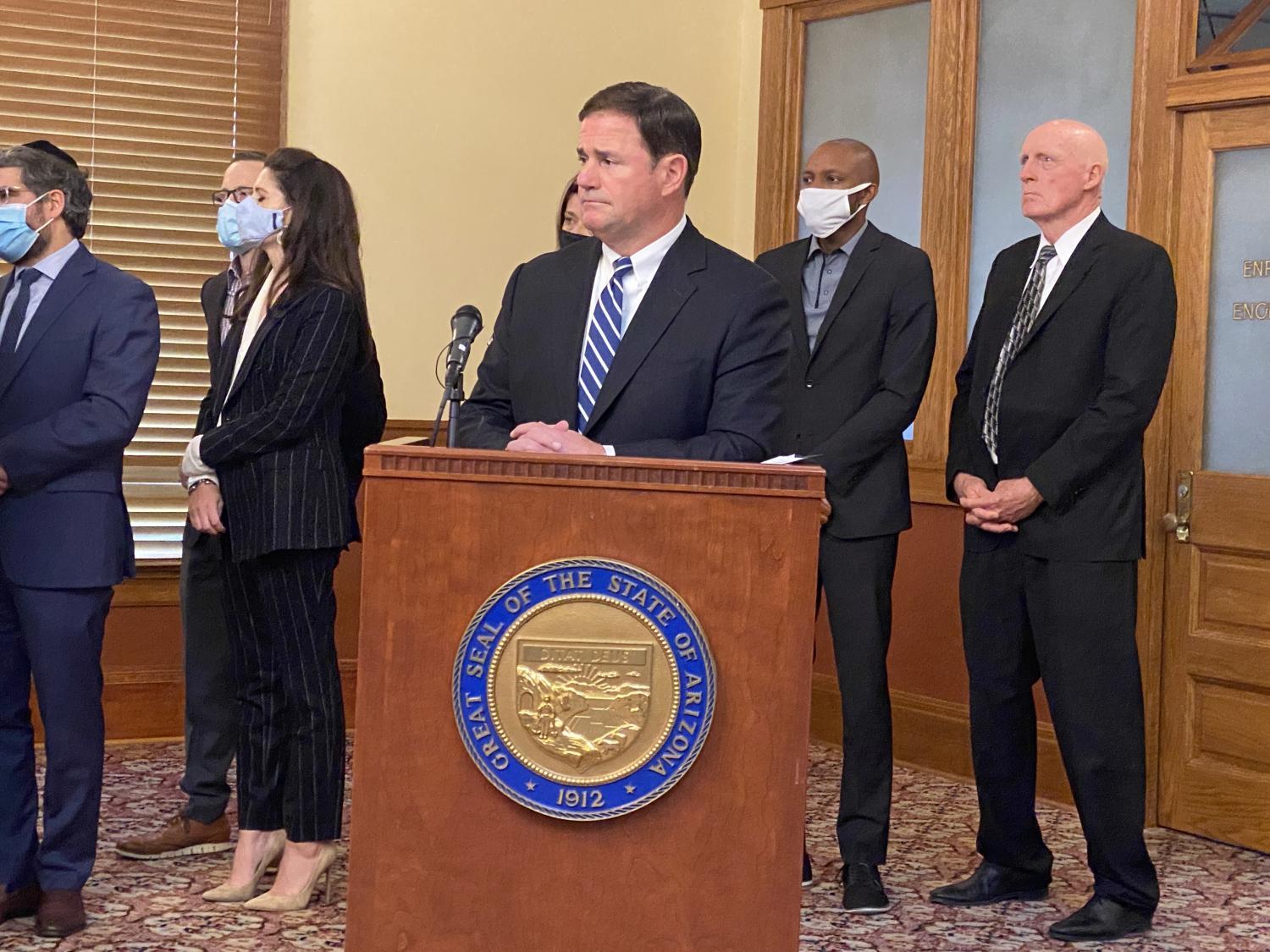 Rocio Hernandez/KJZZ
Arizona Gov. Doug Ducey answers questions on recent criticism from the Biden administration, his new education funding programs for schools and students and the COVID-19 situation in the state in a Aug. 19, 2021, press conference.

Gov. Doug Ducey is pushing back against President Joe Biden’s threats to come after governors trying to block mask policies at K-12 public schools with his own criticism of the Biden administration.

On Wednesday, Biden said he’s directing U.S. Education Secretary Miguel Cardona to take any appropriate action, even legal measures if necessary, against governors such as Ducey. Cardona has also sent a letter to Ducey.

More than 20 public school districts and some charters are requiring masks while a new Arizona law banning mask policies has yet to take effect.

Ducey commented on public colleges and universities in the state that are requiring masks despite an executive order and Arizona laws that are meant to restrict such policies.

The governor did not elaborate on what those consequences could include. Instead, he said he would "leave that to the court.”