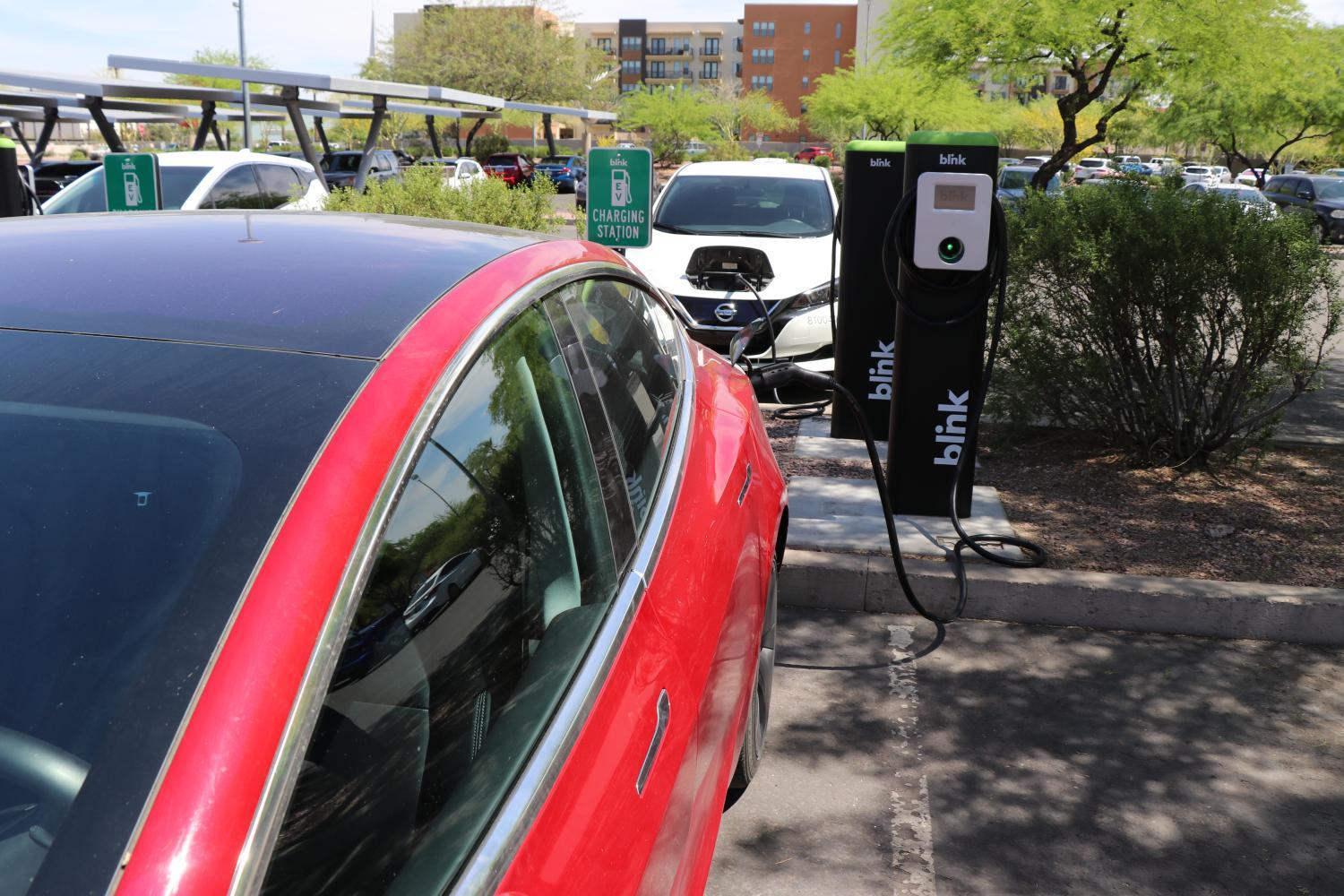 City of Phoenix
On May 5, 2021, the Phoenix City Council approved adding 11 electric vehicle charging station at city libraries and parks.

A group of Arizona business and political leaders is calling on the federal government to make a “bold investment” in clean transportation, including electric vehicles, also known as EVs.

They say the move would benefit the environment and the economy, including creating more than 80,000 jobs in the state.

The infrastructure bill that recently passed the U.S. Senate does include money to expand the network of EV charging stations across Arizona, but advocates are calling for more action.

Shelby Stults is one of them. She’s policy principal for Advanced Energy Economy, a trade association that represents EV manufacturers, suppliers of charging infrastructure and more.

The Show asked Stults where the Phoenix area is in terms of having an environment that would lead to consumers adopting electric vehicles on a large scale.