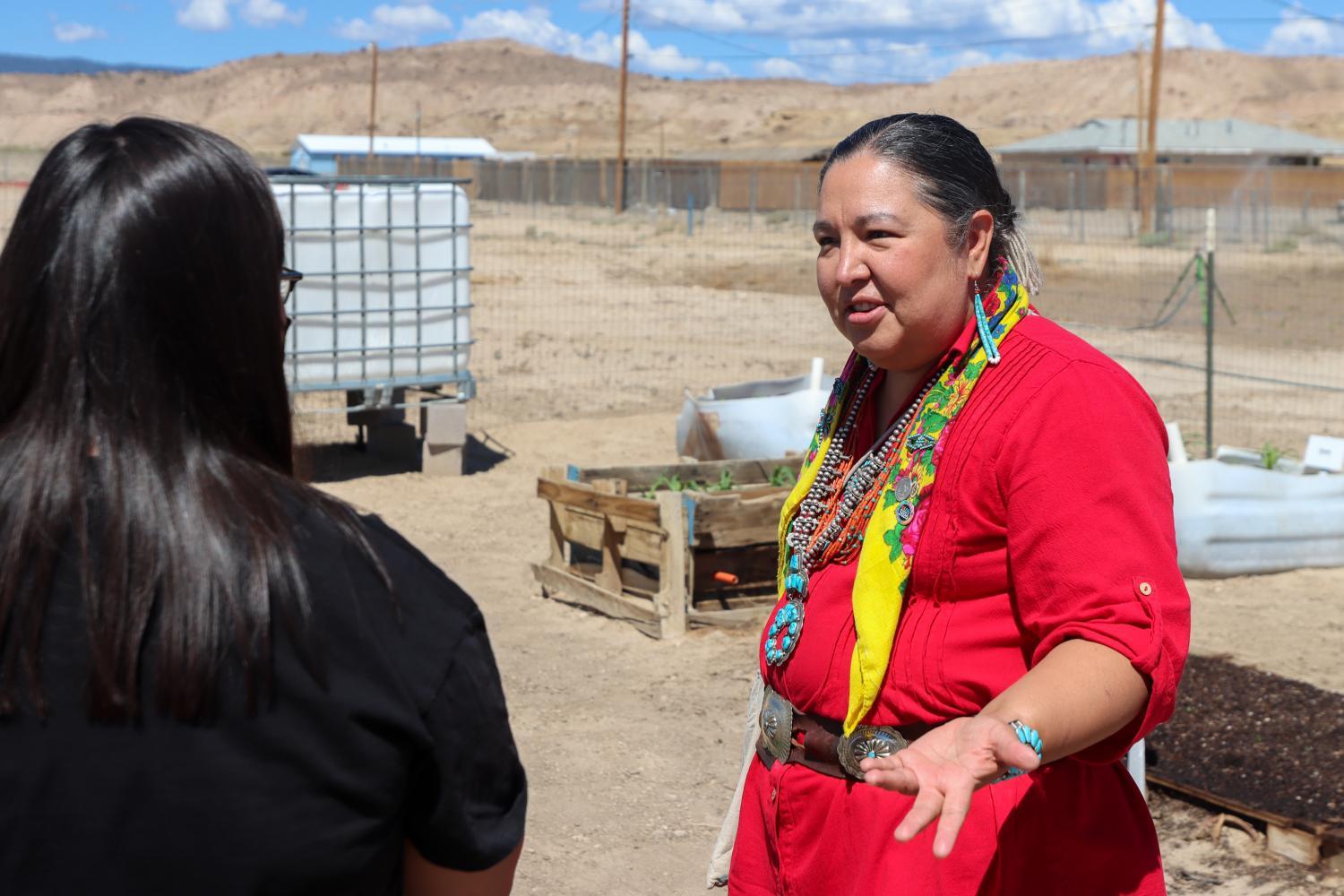 Brendon Derr/Howard Center for Investigative Journalism
Amber Kanazbah Crotty, a delegate to the Navajo Nation Council, speaks with a youth volunteer in a community garden at the local chapter house in Sheep Springs, N.M., on July 7, 2021.

We’ve heard a lot about missing and murdered Indigenous women in recent years as local and national authorities have stepped up to track and address cases of Native American women that have fallen through the cracks.

Now, a new investigation by the Howard Center for Investigative Journalism is shedding a light on sex abuse of children in Indian Country.

It’s the federal government’s responsibility to investigate and prosecute child sex abuse cases on tribal land, but the student journalists at ASU’s Walter Cronkite School of Journalism found that U.S. attorneys pursued charges less than half the time in cases like these. They also found that the FBI closed nearly 2,000 of them in the last decade.

And that’s just scratching the surface.

The Show spoke with the project’s editor Lauren Mucciolo to learn about their findings.