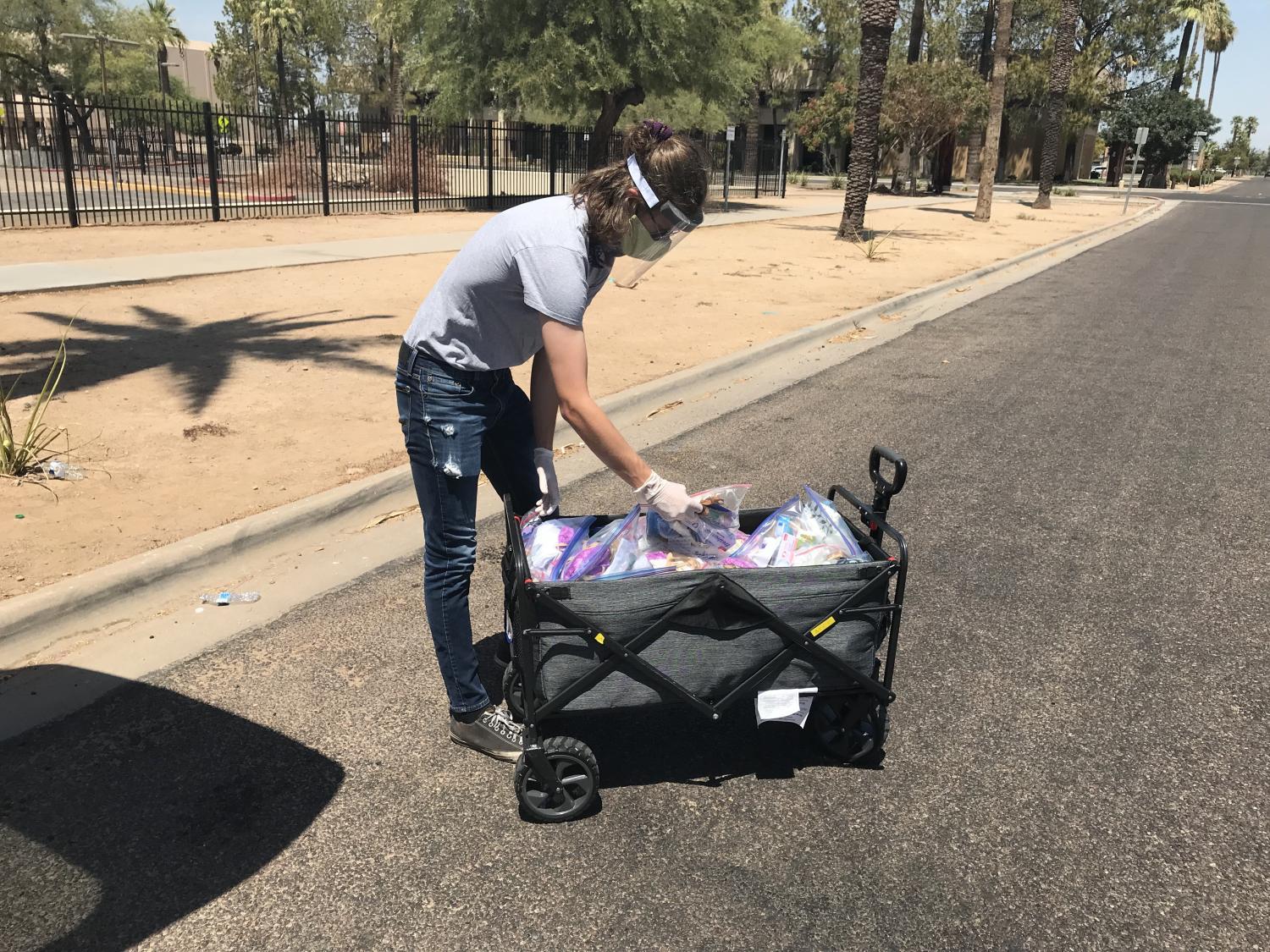 Tom Maxedon/KJZZ
Austin Davis is an ASU student and member of Arizona Jews For Justice, a Valley nonprofit. He makes weekly trips to "The Zone" to hand out water and sanitary packets.

Arizona State University senior Austin Davis, who is the founder of AZ Hugs For Houseless, has combined both in a recent EP.

“I really wanted to help people see that those on the streets are human and worthy of just as much love and respect as anyone else. These are our neighbors. These people are part of our community and they deserve to be treated as such,” said Davis.

The EP is entitled “Street Sorrows” and features Davis’ poetry laid over the music of Joe Allie.

“Leo & Hazel,” is one of the real life-inspired poems Davis included. “The sun is setting like a velvet lid over a coffin. I sit on Leo & Hazel’s cooler outside their tent as flies buzz around their faces.”

It’s one of four tracks scored by musician Joe Allie.

“The music just took a couple hours of prep work, sitting with each poem and reading them over and over again, really trying to capture the emotion and planning a little bit of what I would play,” said Allie.

All proceeds from the fundraising efforts for “Street Sorrows” will be used to provide supplies for those living on the streets in Metro Phoenix.