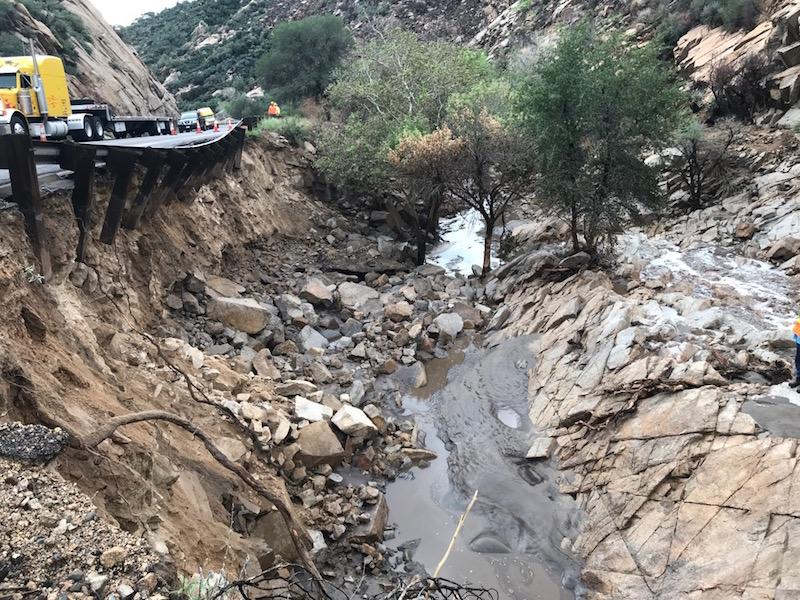 Flood damage caused the closure of U.S. Highway 60 east of the Phoenix area on Wednesday. That meant a lengthy detour for motorists traveling through Superior and Miami.

The road reopened Thursday evening, the Arizona Department of Transportation said in a press release.

The repair required 169 truckloads of boulders to shore up the highway and 60 workers.

While both lanes are now open, there is still the danger of potential flooding because of a nearby burn scar.

Heavy rains caused flooding that has washed out part of the mountainside along U.S. 60 between Superior and Miami.

Photos from ADOT show guardrail supports hanging precariously over the wash along the highway.

ADOT is planning some long-term repairs which will mean possible detours. Some alternate routes include State Routes 77 and 177 through Winkelman, a roughly 70-mile detour.