Years After Coal Mines Close On Navajo And Hopi Land, Some Are Concerned About Cleanup 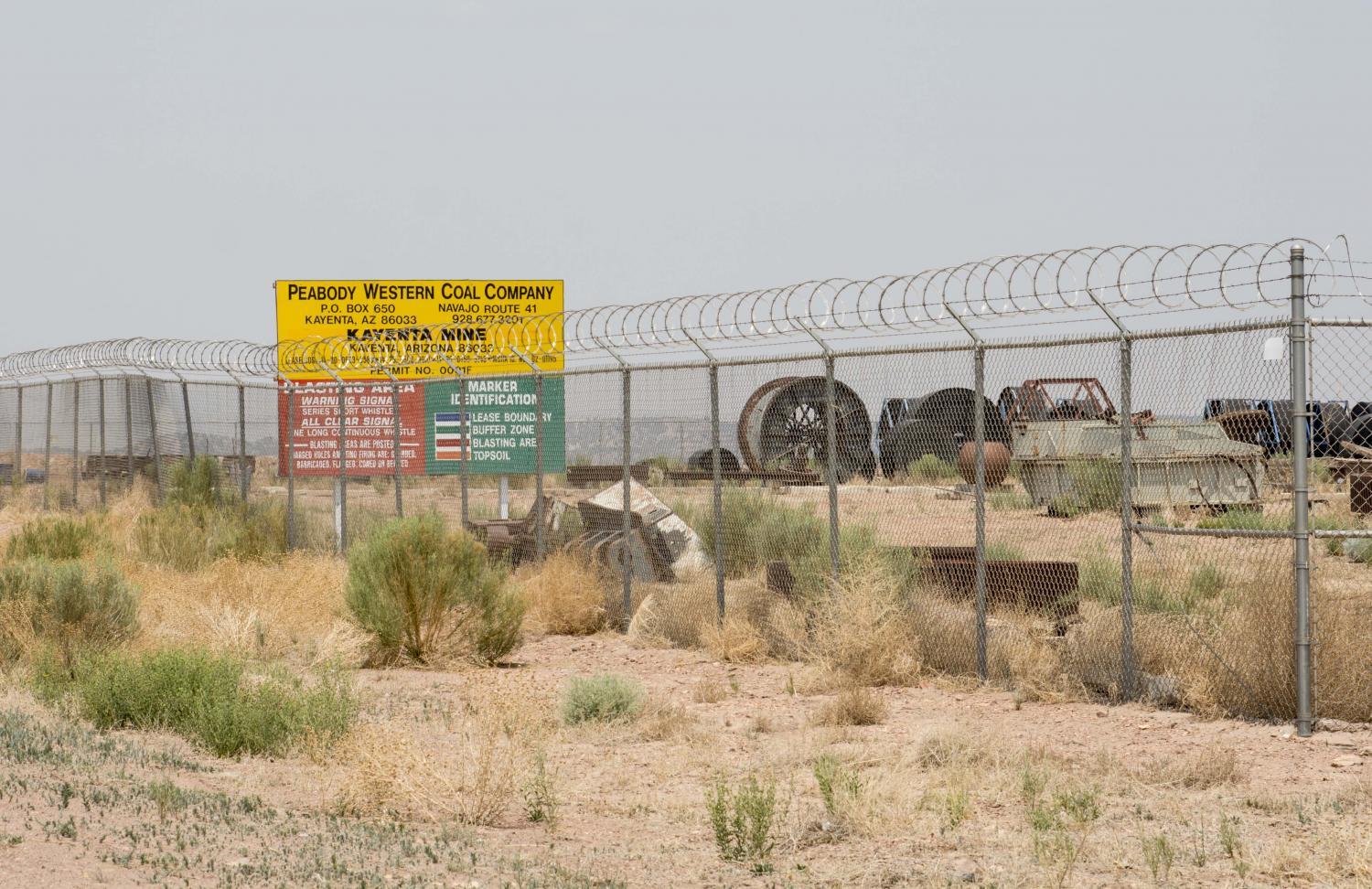 Katherine Davis-Young/KJZZ
Hopi and Navajo environmental activists say not enough has been done to restore the land where the Kayenta and Black Mesa coal mines operated for decades.

The massive coal mines on the central part of the Navajo Nation have been closed for years. But along the dirt roads, you can still find signs warning of explosives. There is still machinery fenced off with razor wire. Some of the land has grown over with grasses, but this area still doesn’t look right to Nicole Horseherder, a longtime Navajo environmental activist who’s lived nearby her whole life.

“What you can see is all this really hard-looking grass," Horseherder says on a recent drive through the mine lease area. She points out how this landscape differs from the juniper-covered hillsides outside the boundaries of the mine. The grass, she says, isn't right for the region. "This is what the community members complain about. This is the type of grass that’s not something livestock would want to eat." 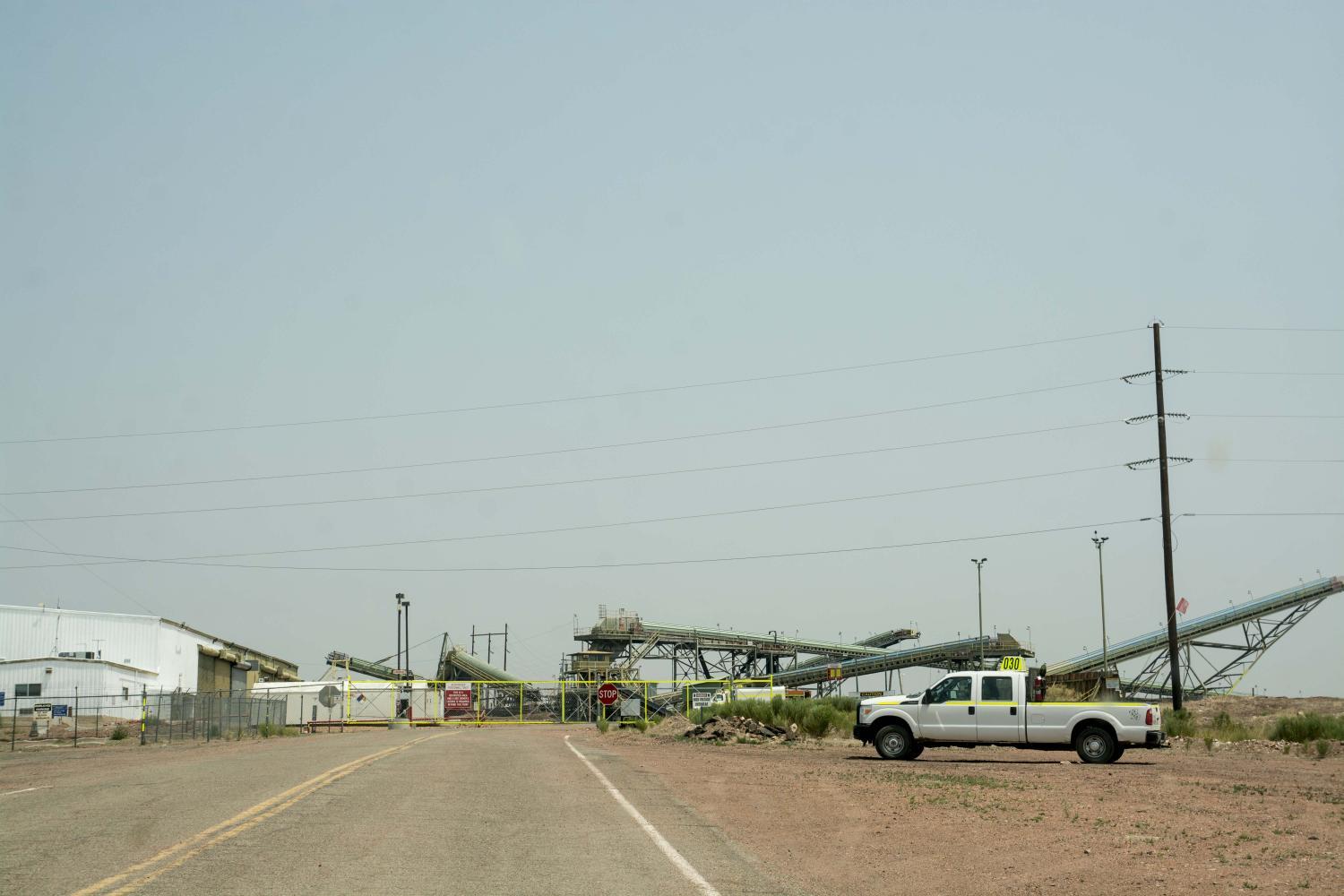 Katherine Davis-Young/KJZZ
Mining infrastructure remains on the site of the Kayenta Coal Mine two years after it closed.

The largest private coal company in the world, Peabody Energy, started mining here in the 1960s. Its lease areas for two adjacent mines, Black Mesa and Kayenta, cover about 100 square miles of Navajo and Hopi land. As the market for coal declined in recent years, both mines shut down — Black Mesa mine closed in 2005, then Kayenta mine closed in 2019. A 1977 law known as the Surface Mining Control and Reclamation Act requires the company to rehabilitate the sites.

“The requirement is to bring the land back to pre-mining conditions and that’s nowhere near what they’re doing," said Ben Nuvamsa, the former chairman of the Hopi Tribe.

Like Horseherder, Nuvamsa thinks cleanup has been too slow, and he’s concerned about long-term impacts on vegetation, wildlife and groundwater.

“Peabody has damaged our lands for over 50 years of mining and they made huge profits. We’re saying they have a moral obligation to help the tribes," Nuvamsa said.

Nuvamsa and Horseherder were among tribal citizens who testified in June before the U.S. House Natural Resources Committee.

In their joint statement, Nuvamsa and Horseherder wrote that delays in cleanup of the mines pose, "existential threats to the future of thousands of Navajo and Hopi people who call this sacred place home."

In a letter to the Congressional committee, Navajo Nation president Jonathan Nez and vice president Myron Lizer wrote that mining left behind a “ecologically devastating and socially unhealthy mess that no one is stepping up to fix.” And they wrote that the federal office overseeing cleanup has been “negligent.”

That agency is the Office of Surface Mining Reclamation and Enforcement, or OSMRE. 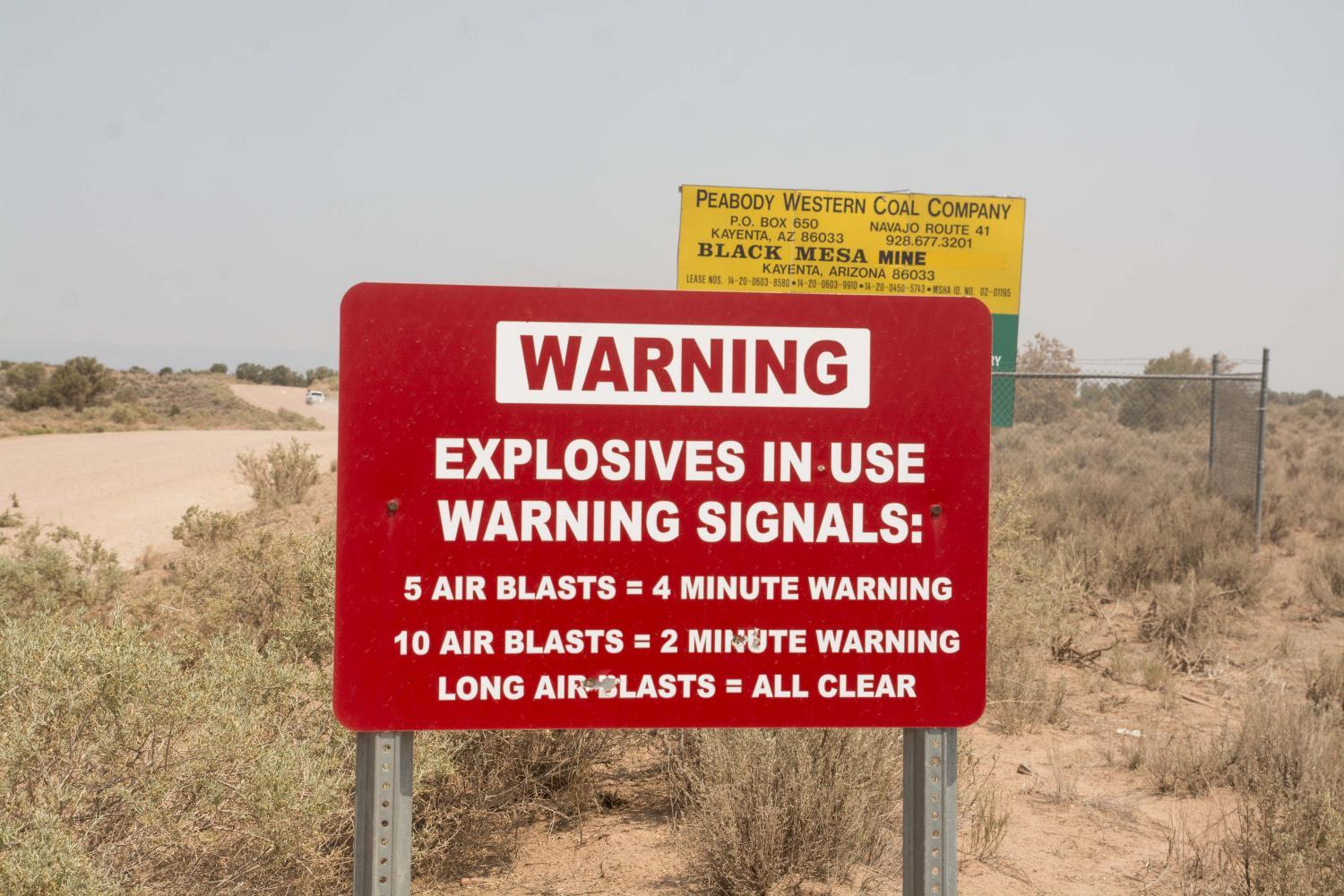 Katherine Davis-Young/KJZZ
A sign warns of explosives on the site of the Black Mesa coal mine, 16 years after the mine closed.

Mychal Yellowman with OSMRE’s Indian Programs branch said the agency takes its environmental oversight responsibilities seriously. He said at the Kayenta mine, cleanup is underway.

“It's a large mine, there's just a lot of areas that are in different stages of that reclamation," Yellowman told KJZZ.

Peabody Energy did not provide an interview for this story. A spokesperson said via email that work was delayed in 2020 by COVID-19 restrictions but rehabilitation work has been ongoing since April. Yellowman said Peabody has now reclaimed about three-quarters of the disturbed land, and said all of the mined areas are on schedule to be backfilled, covered with topsoil, and replanted by 2027, then monitored for 10 years after that. 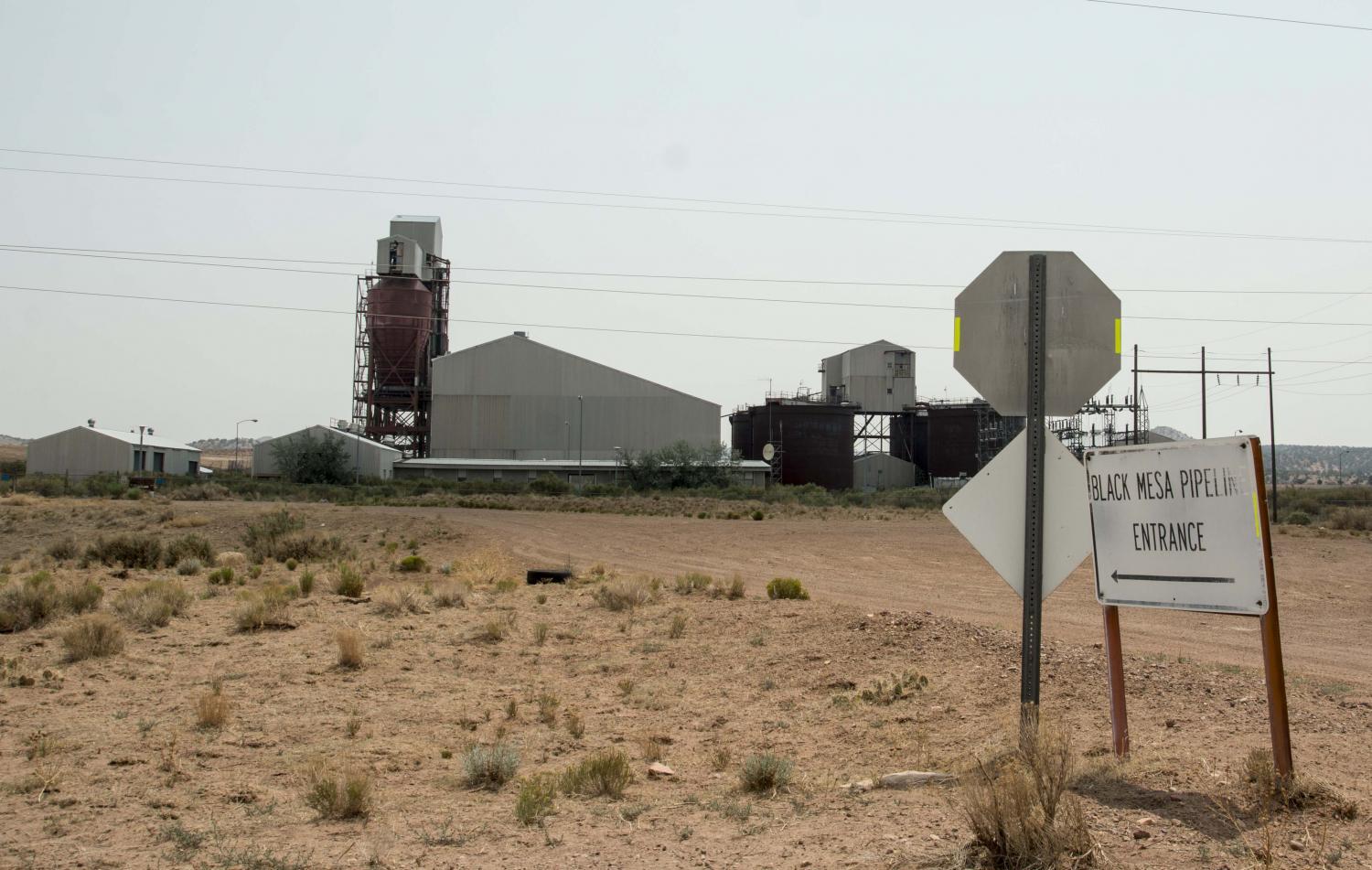 Katherine Davis-Young/KJZZ
Mining infrastructure remains on the site of the Black Mesa Coal Mine 16 years after it closed.

But Nuvamsa and Horseherder are doubtful that the land is really being returned to its prior condition. They want OSMRE to revise Peabody’s permit, which would trigger additional public comment opportunities and environmental assessments.

“What’s the standard in which the land should be reclaimed? Is it based on the people who live here and know the vegetation, or is it based on Peabody’s standard?” Horseherder said.

OSMRE said a significant permit revision is not necessary in this case. And Yellowman pointed out the tribes signed off on the mining leases. But those lease agreements are part of a decades-long bureaucratic process.

“The permit packages that have these reclamation plans were originally approved in 1990," Yellowman said.

For Horseherder, that’s frustrating. She said this environment has been dramatically altered in the three decades since.

“Today we’re facing severe drought conditions," Horseherder said. "And the water is just not available and accessible to us as it was before, and the mining company is clearly the cause of this.”

Peabody Energy pumped groundwater for its two mines for decades. At the Black Mesa mine, coal got mixed with water to pump slurry through a pipeline all the way to Nevada. The process is estimated to have used millions of gallons per day.

The Natural Resources Defense Council in 2006 studied groundwater in the area. The organization concluded mining operations were critically depleting aquifers, drying up natural springs and increasing chemical compounds in the water. 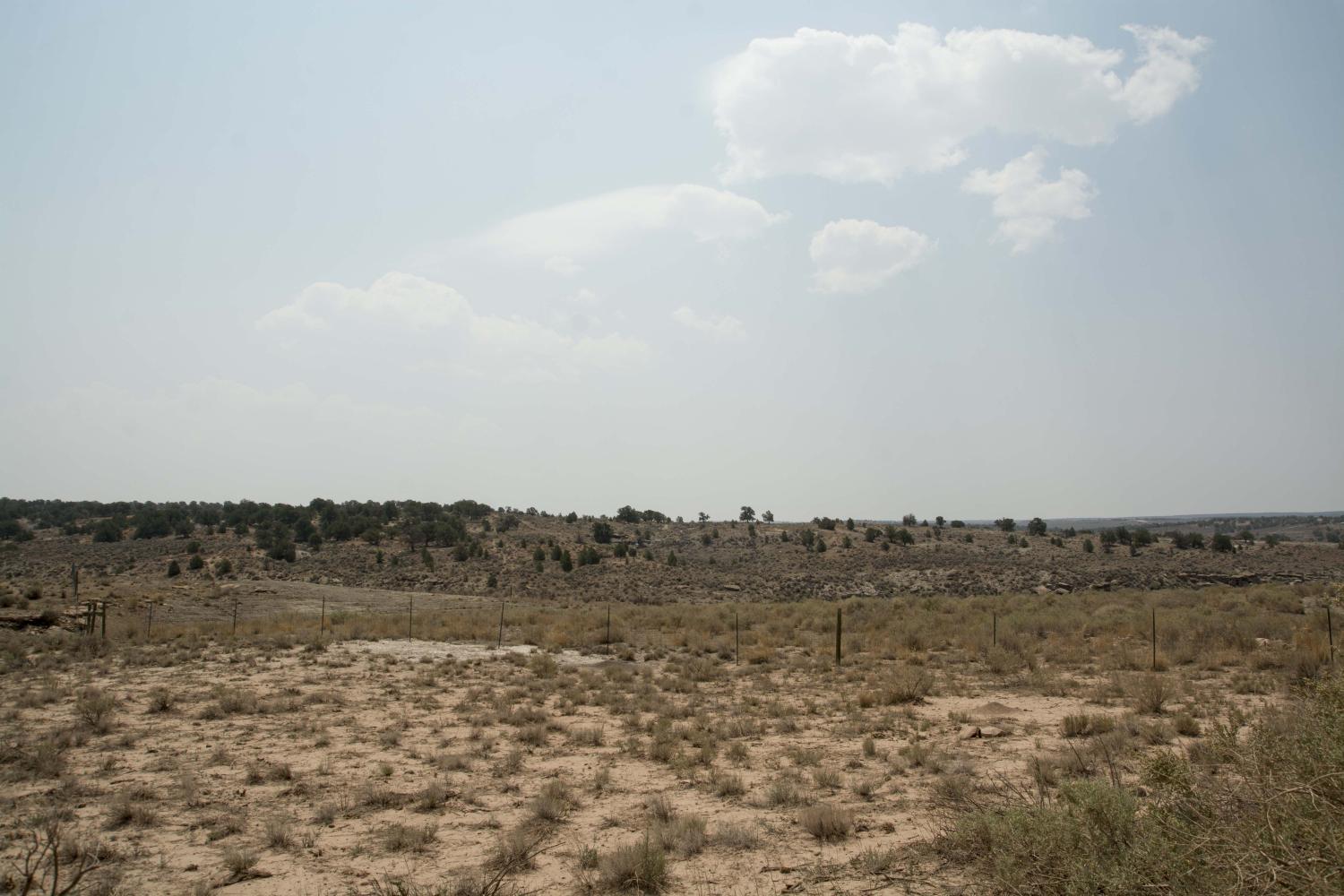 Many homes on this part of the reservation don’t have running water and depend on wells and springs for domestic use, irrigation and livestock. So Horseherder said if the mines impacted groundwater, that needs to be addressed in the reclamation process.

“The water doesn’t just affect the people that live in the lease area, the water situation affects everyone that lives on the plateau," Horseherder said.

OSMRE said it evaluated the hydrology in the region as recently as 2016, and determined mining was not damaging groundwater resources in the area. The agency said the coal company is following the law when it comes to reclamation responsibilities.

Horseherder interprets the responsibilities outlined in the law differently. She said OSMRE is giving too much leeway to the mining company. For her, restoring tribal lands shouldn’t just be a matter of what’s legal, but what’s right.

“From an Indigenous perspective, every corner of this land is important,” Horseherder said. “Indigenous people think of this place as home."