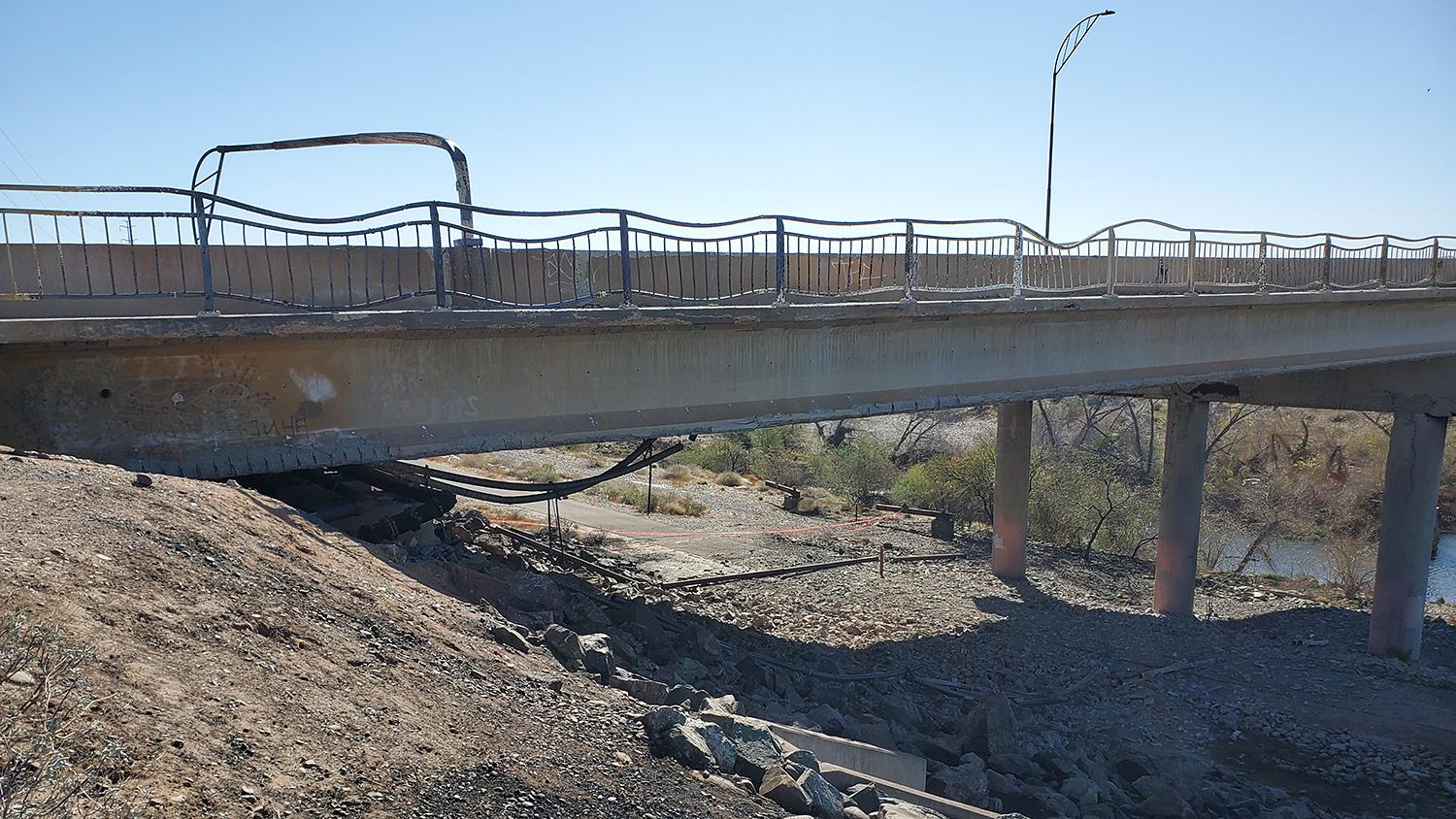 City of Phoenix
Damage to the Seventh Street bridge over the Salt River from a fire on Feb. 28, 2021.

Construction workers have reached a milestone on the Seventh Street bridge in Phoenix after it was damaged five months ago.

On Feb. 28, the bridge was severely damaged after a fire started because of a main gas line failure underneath the structure. The cause of the failure is still under investigation, according to Heather Murphy, a Phoenix spokesperson.

The bridge over the Salt River was closed, and reconstruction began in March. Phoenix officials said about 35% of the bridge needed to be removed and rebuilt.

The work was expected to be completed in six months. Now five months later, the bridge is in its final stages of completion.

Mark Glock, deputy Street Transportation Department director, said that on Friday night, they will begin pouring the deck of the structure. He said  that the bridge will be completed no later than Sept. 1 and will be open to the public.

EDITOR'S NOTE: This story has been updated to correct the amount of damage sustained by the bridge.