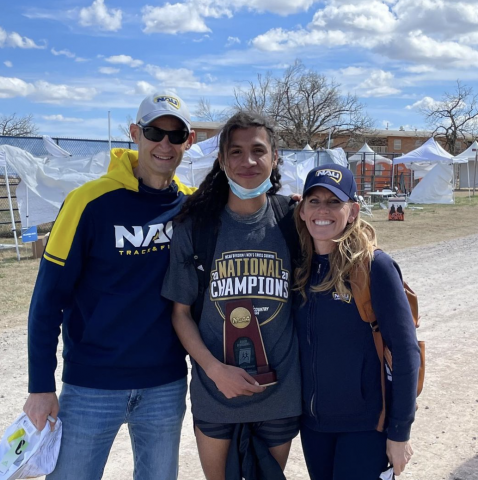 Arizona was well-represented in this year’s Tokyo Olympics, with 18 athletes native to the state. But some athletes have ties to Arizona without being born here.

One such athlete is Luis Grijalva, a runner at Northern Arizona University and a DACA recipient, who represented Guatemala in the Men’s 5000m event.

“The running community really rallied around him and got him a lot of national attention and political attention to get the letter Grijalva needed to be guaranteed that he’d be accepted if he leaves the country and then returns,” said Jackson.

“Two of our volunteer assistant coaches in the swim program, Allison Schmitt and Hali Flickinger, both earned medals in Tokyo. They’re both multiple-time Olympians, they’re both coaching and training post-collegiately,” said Jackson.

Schmitt brought home two medals in these Olympics, one silver and one bronze, to bring her all-time total to 10. Flickinger won two bronze medals in individual events in her second Olympics.