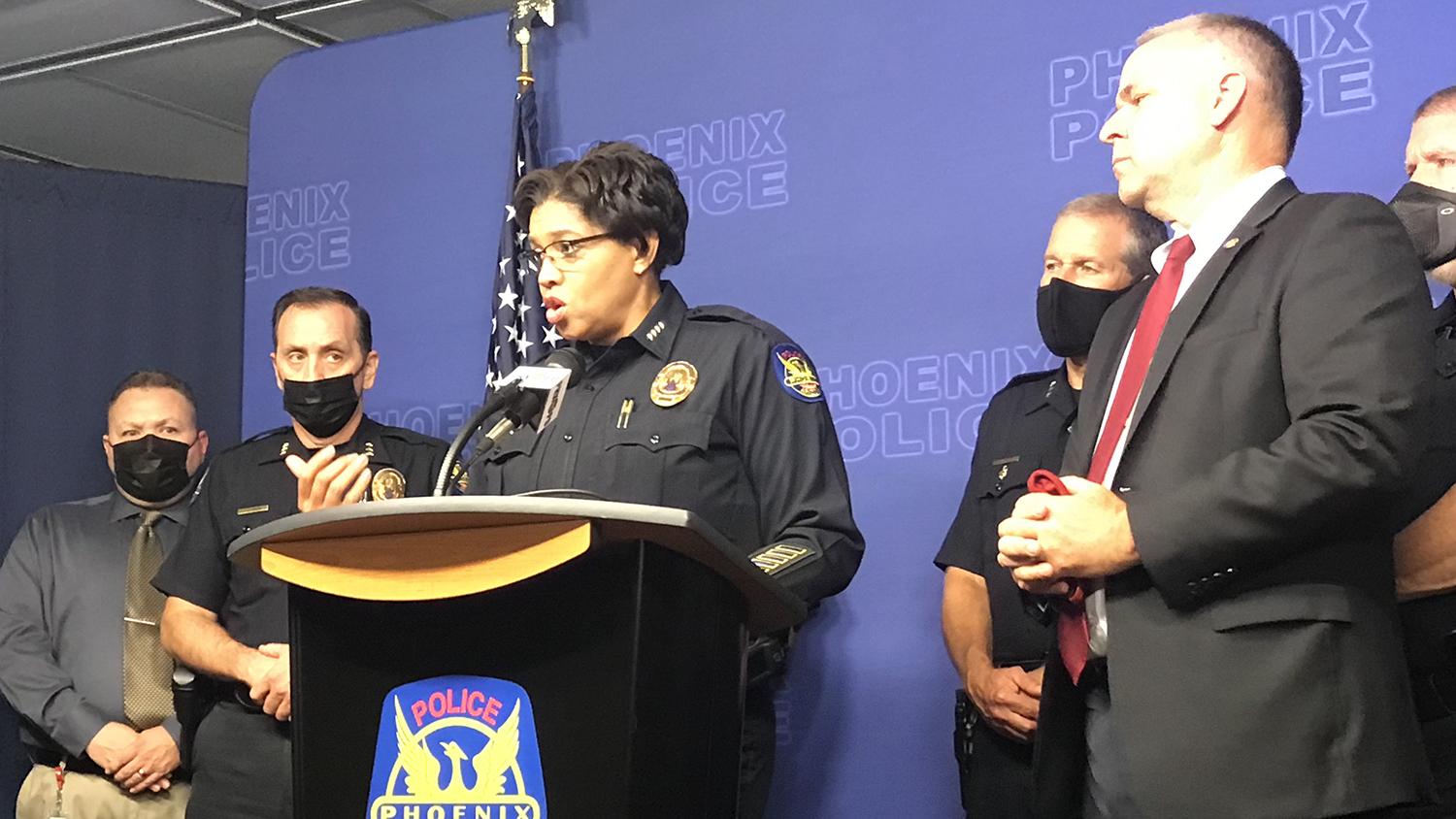 Matthew Casey/KJZZ
Phoenix Police Chief Jeri Williams is flanked by officers and the city manager at a news conference on Aug. 5, 2021.

The Phoenix Police Department is now under investigation by the Civil Rights Division of the U.S. Justice Department.

“We do want this department to be held accountable. We do want to see justice and we want questions answered by the city,” he said.

Justice Department investigators want to question Phoenix police about allegations of excessive force, discrimination and retaliation against protesters. They also plan to talk with residents about whether police violate disability law or the constitutional rights of homeless people.

Chief Jeri Williams denied the probe is an indictment of her agency.

“Our police department, like any other entity on the face of the planet, always has room for improvement,” she said.

Williams said the department has been reformed top to bottom and she stressed her agency’s openness to outside review.

So did City Manager Ed Zuercher, who touted the City Council putting $15 million into a crisis response program.

“The Department of Justice investigation will provide one more avenue toward making Phoenix a safer, stronger place,” said Zuercher, who is set to retire in early October.

Williams will complete her fifth year as Phoenix police chief the same month. She said city leaders were not told by federal officials exactly how long the investigation will take.

"The top priority of the Phoenix Law Enforcement Association is to maintain a high standard of community policing, and promote ethical policies that protect police officers and our community. We are confident in the work of the Phoenix Police Department and our officers on the street, and we will fully cooperate with the Department of Justice investigation."