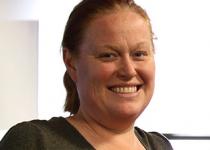 As Arizona continues to see COVID-19 numbers go up in the state and across the country, we are starting to see more vaccine mandates being implemented by both government officials and private business owners.

From the mayor of New York City announcing that anyone who wants to eat at a restaurant or work out at a gym there will have to be vaccinated to big companies like Google and Disney saying they’ll require employees to be vaccinated, vaccine mandates are here to stay.

But they are controversial. And, while some applaud companies for being bold in protecting against the spread of the new Delta variant, others call it discriminatory — or worse.

Last week, one Arizona chef found herself at the center of this debate. Charleen Badman is the chef and co-owner of FnB in Scottsdale. She brought the James Beard Award for Best Chef: Southwest home to Arizona just a few years ago. But now she’s facing harsh criticism after she and her co-owner, Pavle Millic, announced they will require their guests to show proof of vaccination to eat in their restaurant.

They knew not everyone would agree with their decision, and comments on social media made it clear quickly that many weren’t happy with it. The Show sat down with Badman recently to talk about the decision and the dramatic reaction to it.