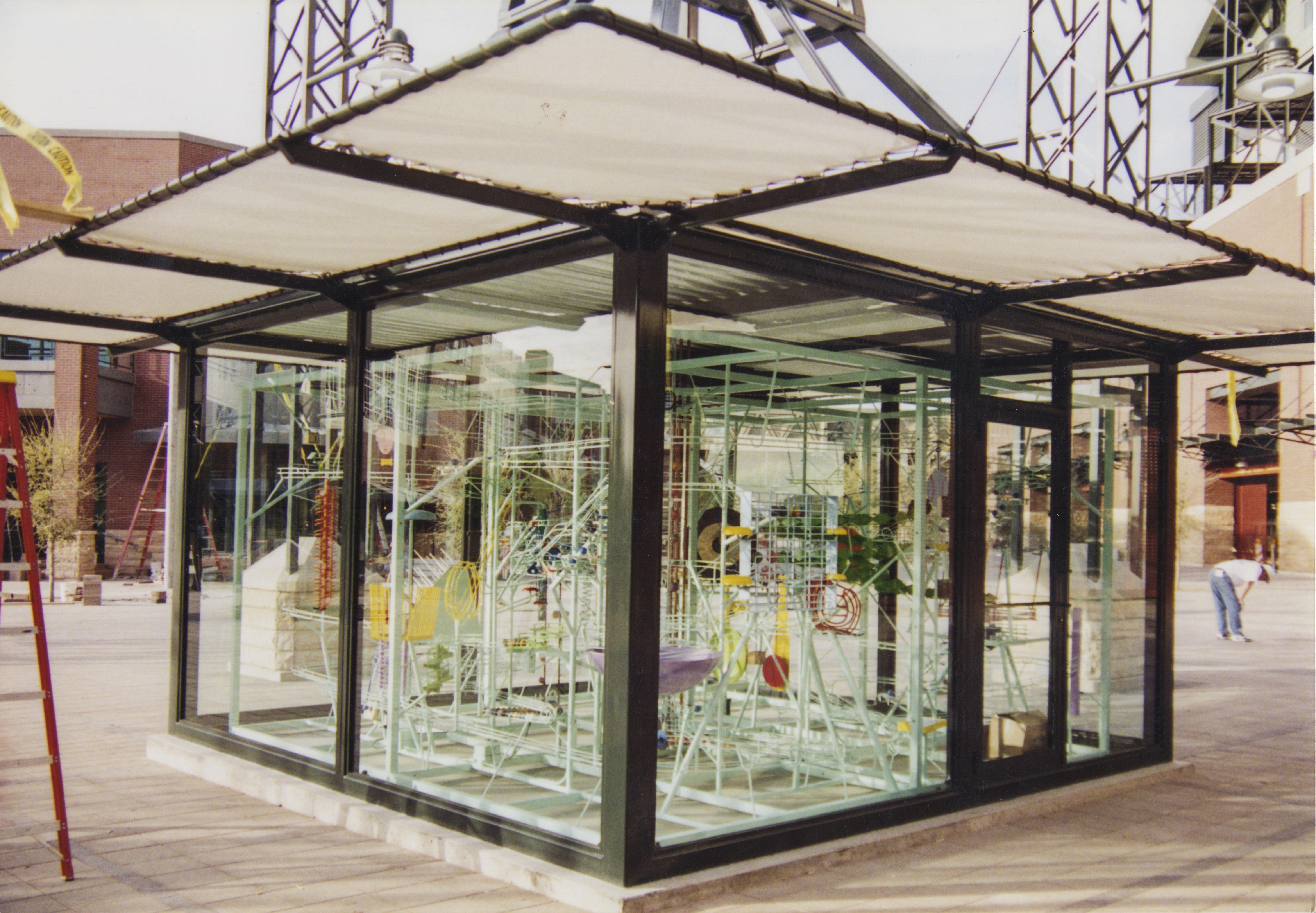 If you’ve ever been down to Chase Field for a Diamondbacks game, you’ve probably seen George Rhoads’ work.

Rhoads is the builder of “Based on Balls” — the complex 10-by-40-foot kinetic sculpture featuring balls traveling around a maze of tracks, culminating in the sounds of “Take Me Out to the Ballgame” while little metal replicas of baseball spectators do the wave.

It is one of hundreds of pieces by Rhoads, who created sculptures that can be seen in the 42nd Street Ballroom in New York’s Port Authority, the Angel Music display at Los Angeles International Airport (LAX), and in museums and children’s hospitals around the world.

The Chicago native began creating these pieces in the 1950s, and by the '70s, he had become an iconic pop artist and a staple on television talk shows.

Rhoads passed away last month at the age of 95.

He had collaborated extensively with the artists at the Creative Machines studio in Tucson.

The Show spoke with Joe O’Connell, the studio’s president and artistic director, to learn about Rhoads and his work.