'There Are A Lot Of Big Gaps': Valley Metro CEO On Phoenix's Transportation Needs 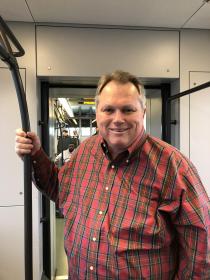 The bipartisan infrastructure package moving toward official action in Congress has highlighted the continuing need for investment in some of the basics across the country — including roads, public transit and water.

Last week, U.S. Transportation Secretary Pete Buttigieg was on The Show talking about the key priorities.

In the Phoenix area, Proposition 400 — approved by voters in 2004 — led to advances in freeways and public transit. But as its expiration date approaches in the next few years, planners are trying to figure out what could be next — what the area needs and what is actually doable.

Scott Smith is the CEO of Valley Metro and former mayor of Mesa.

The Show spoke with him to learn about transportation in the Phoenix metro area and what he believes the priorities can and should be.