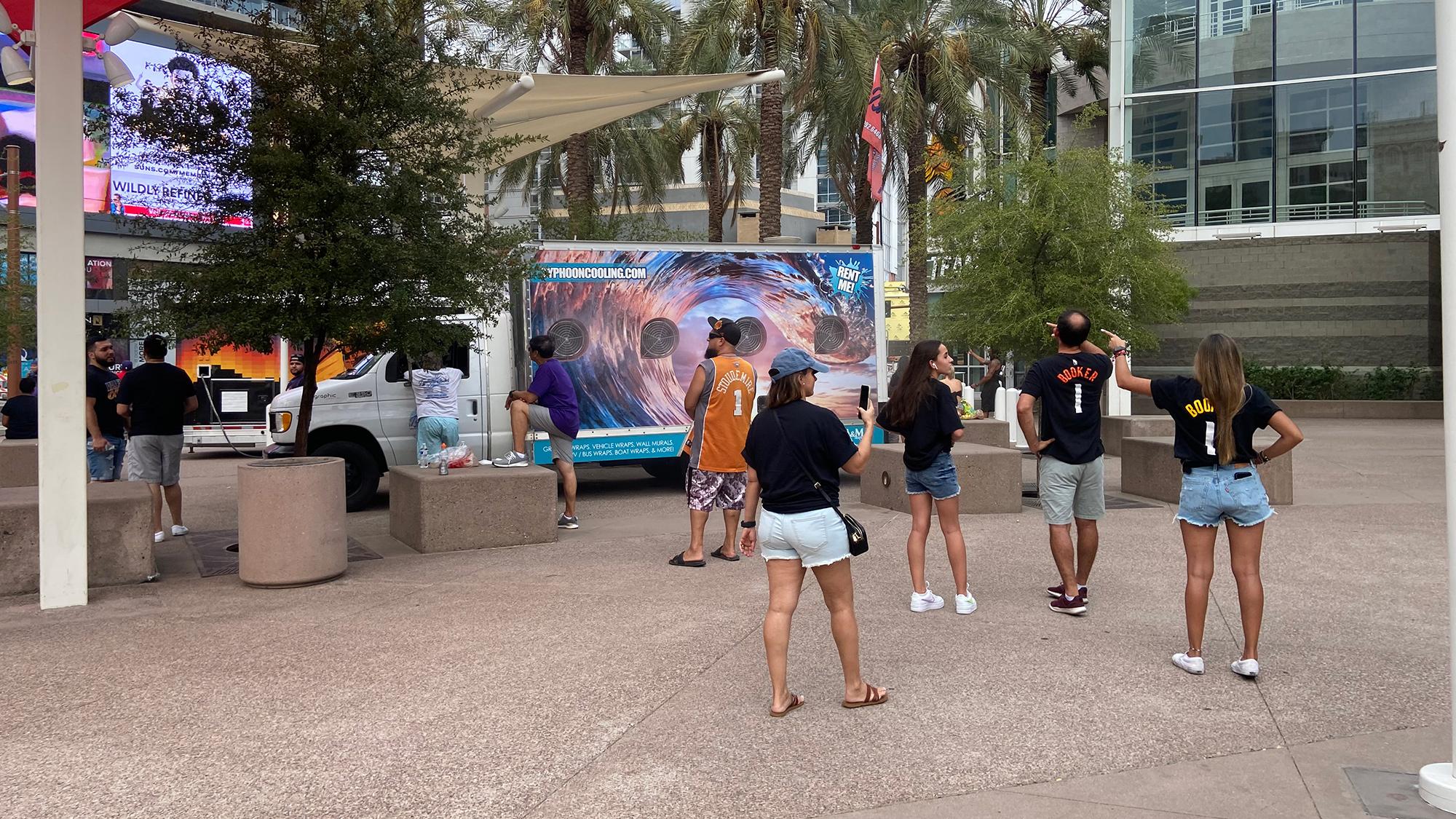 The Phoenix Suns lost to the Milwaukee Bucks in Game 3 of the NBA Finals, the first Suns away game of the series.

Fans flocked to downtown Phoenix to watch the game, even with the Suns playing in Milwaukee.

Part of the Suns’ arena renovations include large video boards inside the lobby of the arena, and above the court. 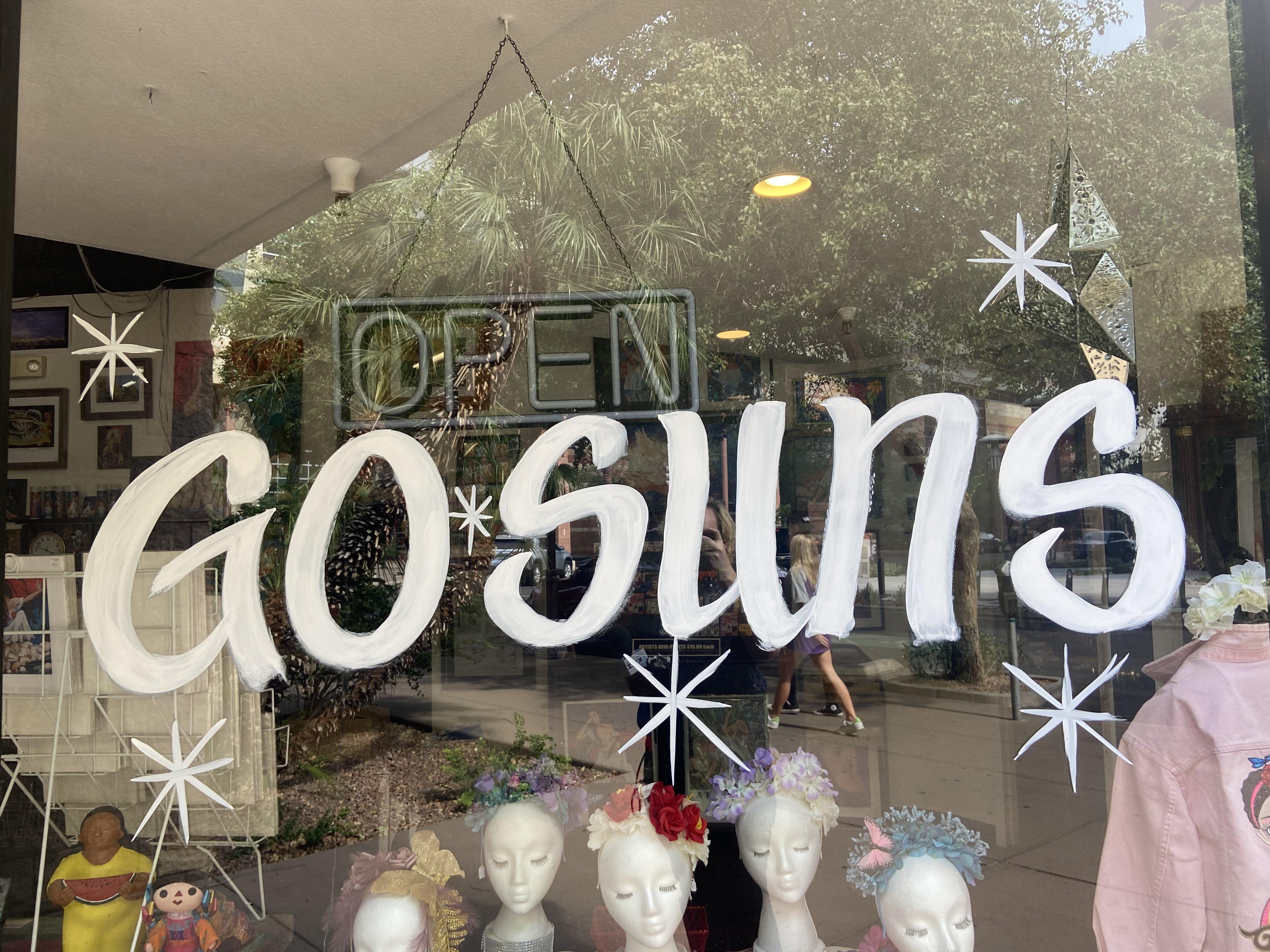 Vaughan Jones/KJZZ
"Go Suns" on the window of the Arizona Latino Cultural Center in downtown Phoenix in July 2021.

The Suns took advantage of these renovations to invite fans to watch the game on the big screens, which sold out minutes before tip-off.

Baldo Martinez is one of thousands who came downtown to watch the game, even though the Suns were on the road.

“It’s different when people are rooting for the Suns because you get people from all over the Valley come to downtown, and I don’t know, I feel like the Valley gets united through watching the Suns,” said Martinez.

Will Hall works at a restaurant about three blocks from the arena. He says since the Suns have picked up momentum in the playoffs, his restaurant has seen a lot more business.

“It’s just been a lot of rushes, y’know, lot of increased activity in the restaurant, a lot more people. I like it a lot,” said Hall.

Some fans are making the trip to watch the Suns downtown for the first time in a while, like Will Rees. He says he hadn’t been to a Suns home game in quite some time.

“A few years ago, so it’s been some time before I came out here,” said Rees.

Vaughan Jones/KJZZ
A marquee showing support for the Suns at the Phoenix Convention Center in July 2021.

Suns fan Chelseya Molner, who’s lived in Arizona since 2006, says the atmosphere in downtown Phoenix improves when the Suns are championship contenders.

“I’ve seen it grow so much. Actually, we have gone to some Suns games, and the environment down here is amazing,” said Molner.

Following the sell-out for game three, the Suns and Diamondbacks are teaming up for Game 4, showing the Suns-Bucks game at Chase Field on the giant scoreboard. The Suns return to the Valley for Game 5 on Saturday.