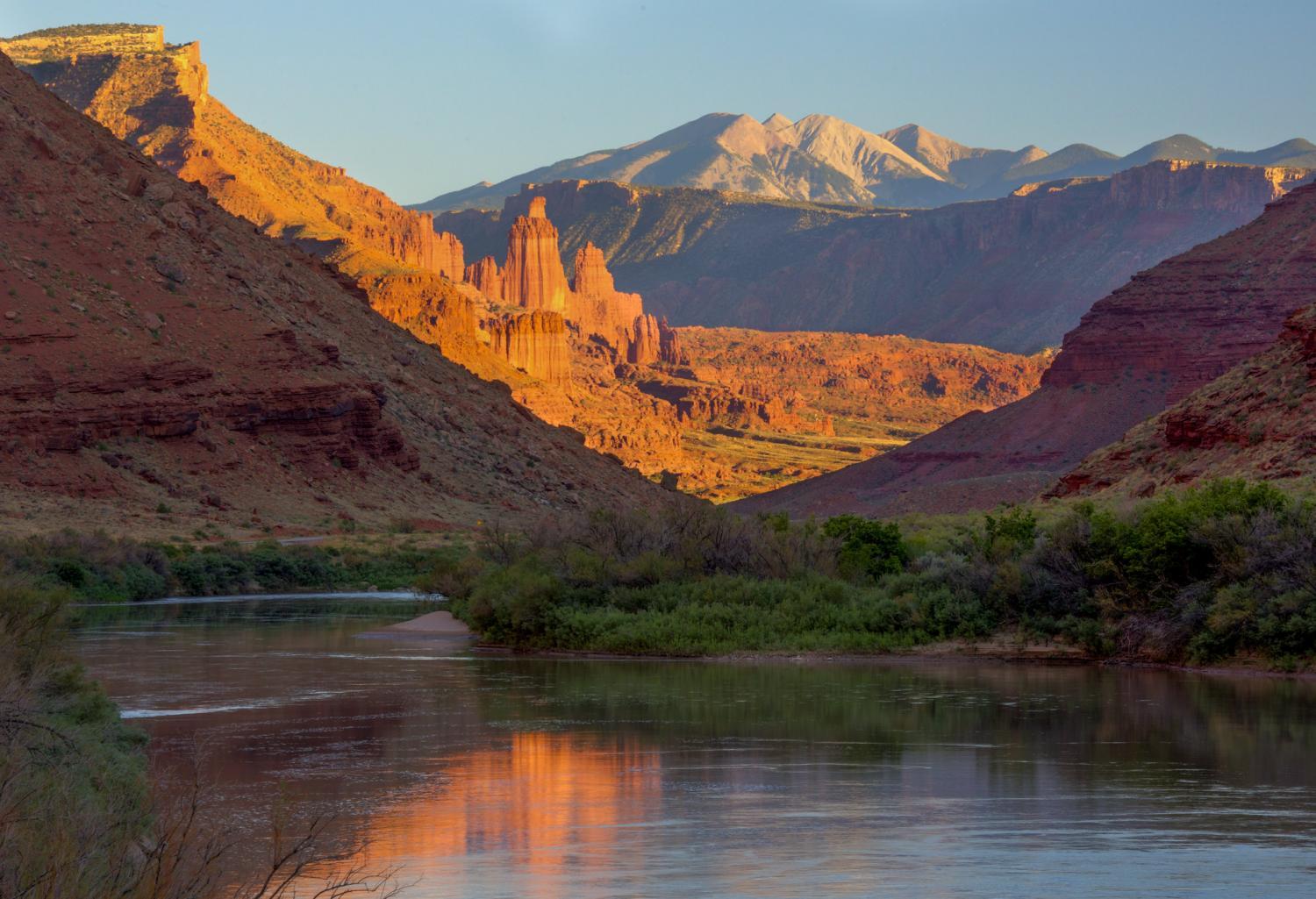 Extreme heat and prolonged drought have put an enormous strain on the Colorado River. As a result, the life blood of the Southwest is maxed out.

The 40 million people that rely on its waters are now facing pending water shortages and cutbacks. KUNC’s Luke Runyon traveled along the 1,400 miles of the Colorado. He joined The Show to talk about what he discovered.

What is the biggest factor affecting the Colorado’s water supply? How much is climate change playing into all this?

The story of the Colorado River is always one of supply and demand. The river provides a certain amount of water each year, and then it gets doled out to cities and farms and industry across the seven U.S. states and two Mexican states that rely on it. Over the last century we’ve built up lots of demands in the West — and for awhile the river was able to meet all those demands. But starting in the year 2000, we’ve seen this shift in water supply. Since then, river flows have been on the decline, and temperatures across the watershed have risen. And I think if you had to pick one factor influencing this crisis that we're in, it’s the hotter temperatures. Scientists haven’t really seen a consistent rise or fall in average precipitation. It’s more about the hotter temperatures. When it gets warmer, the water cycle doesn’t behave like we’re used to. Less snow, more evaporation, lower flows, drier soils. It’s all connected to less water in the river and its big reservoirs that we're seeing right now.

What does the river look like at its source right now? And how is that affecting downstream environments?

It is extremely dry throughout the watershed right now, but particularly on Colorado’s Western Slope where the river and some of its big tributaries start. Our spring runoff with snowmelt was weeks early, rivers that normally see a big rise and fall in their levels barely rose at all. Some tributaries have essentially dried up due to high demand. The Dolores River in southwest Colorado is one of those. It’s not flowing really at all right now. Here in Colorado, some recreation-based closures have gone into effect just this week, where people are being asked not to fish or tube on some streams because they too low and too hot. ... It’s a pretty bleak year in the river’s headwaters.

What about the infrastructure to help conserve water, like Hoover Dam?

The river has two massive reservoirs: Lake Mead, which is where Hoover dam is located, and Lake Powell, which is upstream from there. Lake Mead hit its lowest point since it was filled in the 1930s just this summer. Lake Powell is projected to do the same here in a few weeks. And these reservoirs really function like a savings account. If you have a lot of water flowing in, they're supposed to store it and dole it out in dry times. But we’ve been having a lot more dry times lately and we haven’t been able to curb our water use to match that decline in supply, and that shows up in these reservoirs which are on the decline. 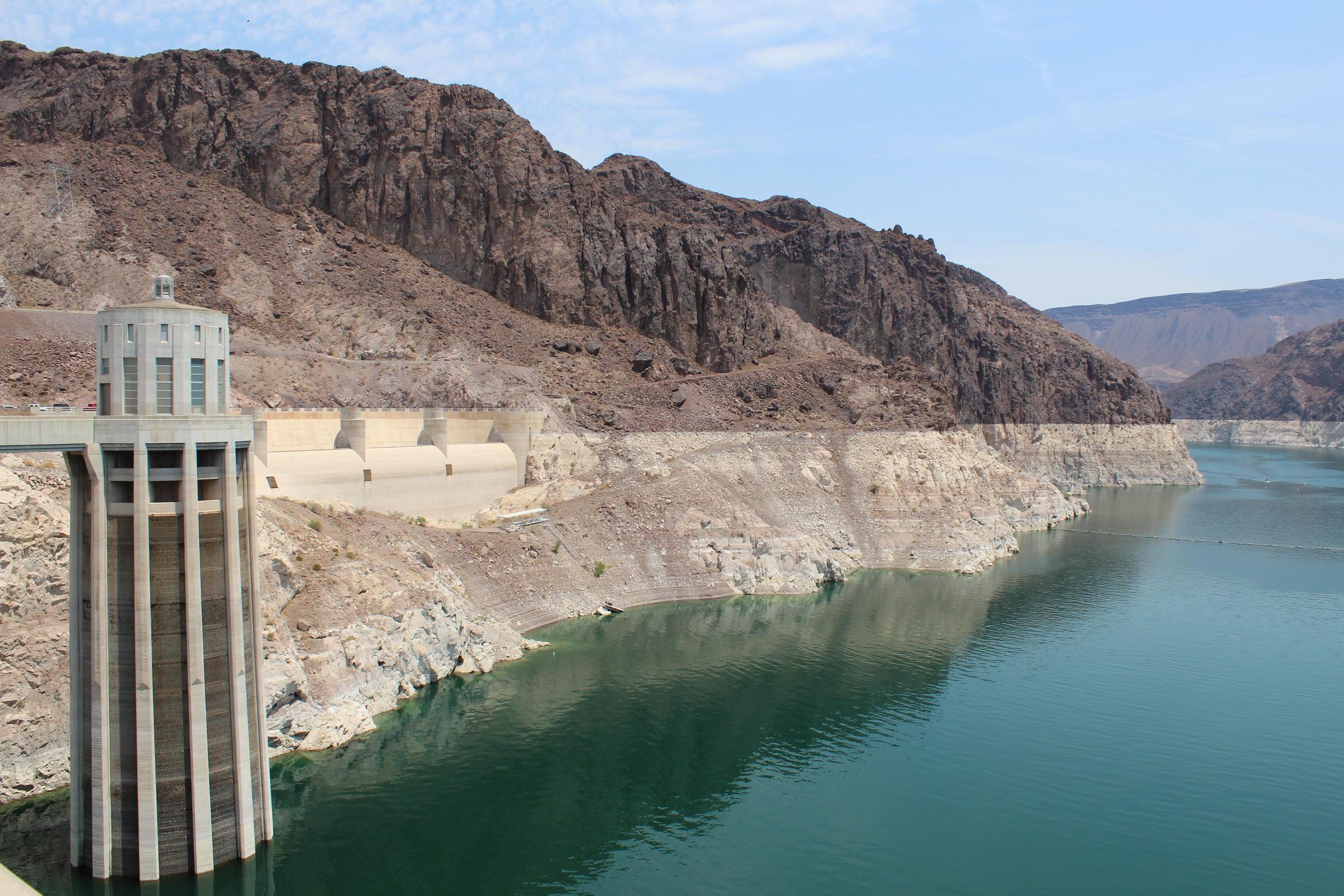 With the rate the Southwest is growing — will there be enough water for everybody?

That just depends on how we use our existing supplies. Population growth doesn’t have to equal more water demand. How we build our cities and how we farm will have to change. And we’re already seeing some cities that rely on the Colorado River taking action. Las Vegas just banned what they call non-functional turf, which is just another way of saying ornamental grass. The Los Angeles area has a pretty popular lawn buyback program, and we’re starting to see more investment in water recycling in those big cities. so it’s not a foregone conclusion that more people means more strains on the river.

What does this mean for down river communities like Phoenix?

I think what we’re seeing the start of is this broader reckoning about the West’s water use. We’ve gotten used to having it all —  green lawns, salad in winter, cheap water and energy bills — and some of that is going to change as the river becomes unable to meet all of our demands. I think if the big reservoirs keep dropping you’re going to see leaders in Arizona have to address water use in a big way. It becomes this existential issue for the state. Like if you’re walking through Phoenix and you see the Central Arizona Project Canal get lower and lower, that will feel pretty scary, and I think people will be calling on those in charge to look at ways to conserve.