Horton Complex Fire: The Latest On The Wildfire Near Pinetop, Arizona

Firefighters continue to monitor the Horton Fire in the White Mountains, as well as other wildfires throughout the state, but high country showers are giving them the upper hand over the blazes.

The Horton Fire has burned about 12,000 acres in the Wallow Fire burn scar and is 33% contained, but with rain in the forecast, firefighters are optimistic.

Crews at the Walnut and Rafael Fires held lines and mopped up with 70% to 80% containment.

The Backbone Fire has burned more than 40,000 acres in the Fossil Creek area, but firefighters report 76% containment and afternoon showers throughout the area.

The Horton Fire in eastern Arizona has grown to over 11,000 acres and is 12% contained as of Sunday afternoon.

People in Hannagan Meadow, a small populated area about five miles from the fire, were evacuated.

Four fires within the Horton Complex merged into one conflagration on June 25, which created the Horton Fire.

“We had some winds that kinda channelled through some of those drainages, and that really kinda pushed the fire, we had an additional 2,000-plus acres,” said Johnson.

Johnson says upcoming rain and cooler temperatures in the area are expected to help crews slow the fire’s growth.

Firefighters are working to protect property close to the blaze, and may have to evacuate others if it continues in the northeast direction. 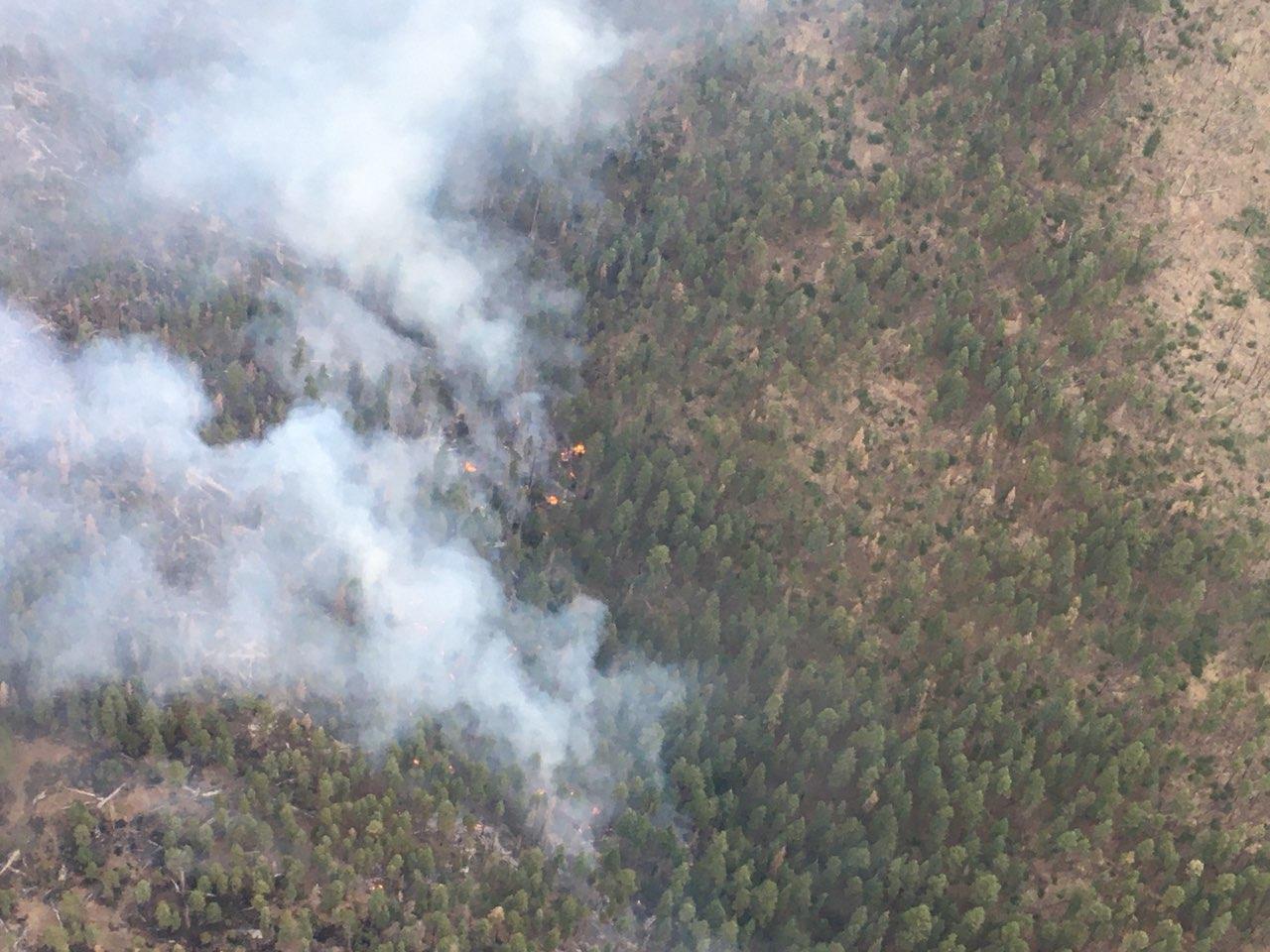 Inciweb
Smoke from the Horton Complex Fire can be seen from the west fork of Thomas Creek on June 23 2021.

The Horton Complex Wildfire is growing in size, and thunderstorms are known to both spark fires and assist in putting them out. Officials hope it will be the latter.

Thunderstorms this time of year in Arizona can bring relief or frustration for Arizona firefighters. Many of the wildfires currently burning have been started by lightning, including the Horton Complex Fires. But that doesn’t mean fire officials aren’t hoping for rain.

The Horton Complex Fires near Pinetop have burned almost 5,000 acres in and are only 6% contained as of Thursday. But help from the weather may be on the way. Cool temperatures and isolated showers allowed firefighting personnel to set up some control lines.

The Horton Complex Fires were originally four isolated fires, but it is expected the four will merge into one large fire sometime Friday. The expected fire consolidation has prompted the closure of the Apache-Sitegraves National Forests. Officials are hoping rain, which is expected early next week, will turn the tide in the fight against the blaze.

“Talk about needing rain. So we just closed our national forest this morning at 6 a.m. The entire forest, to all activity. No hiking, no fishing, no camping, no nothing. The only thing that is going to end that closure, that forest-wide closure, is rain,” said Steve Johnson, an information officer at the scene.

The forest was closed in part to mitigate the risk of more human caused fires, which would put more pressure on a firefighting line that is already stretched thin. The fire is burning in the same area that was scorched by the 2011 Wallow fire.