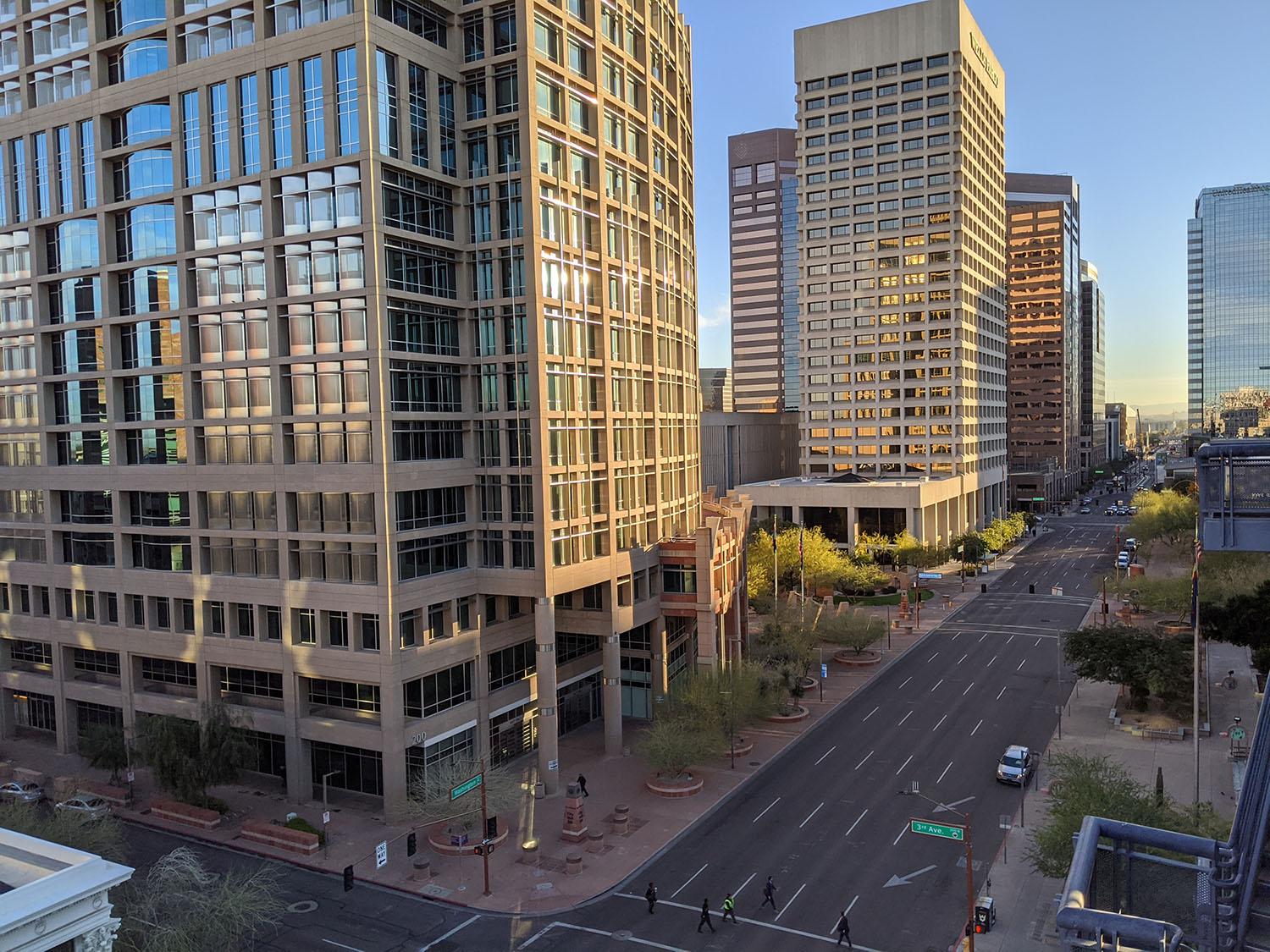 911 operators for Phoenix police could soon have a new home. The city plans to buy the Wells Fargo Plaza located just east of City Hall.

The 27-story building at First Avenue and Washington Street is expected to house multiple city departments, including police headquarters. Current headquarters at Sixth Avenue and Washington Streets are more than 45 years old with renovations estimated at $50 million — that’s nearly $4 million more than Phoenix offered for the Wells Fargo building.

If the City Council approves the $46.5 million purchase, 911 police communications operators who are working out of two locations will move in first.

In a statement to KJZZ, Phoenix City Manager Ed Zuercher said it makes smart financial sense, “This building shares a campus with Phoenix City Hall on the same block as the Phoenix Municipal Court and the Calvin Goode Building. The new office tower will allow us to further bring city employees and the services they provide to a single location in a money saving consolidation move so those dollars can be used for other community needs.”

In May 2018, Phoenix Police Chief Jeri Williams told the city’s public safety subcommittee that headquarters was technologically obsolete. She also described water pipes coming in downstairs, 29,000 square feet of uninhabitable space in the basement, and a rooftop helicopter landing pad that cannot be used.

The council is scheduled to vote on July 1 and closing is expected to take 60 to 90 days.  Phoenix plans to pay for the building by selling surplus city-owned properties.