Here’s How Phoenix Will Spend $12 Million On Public Art 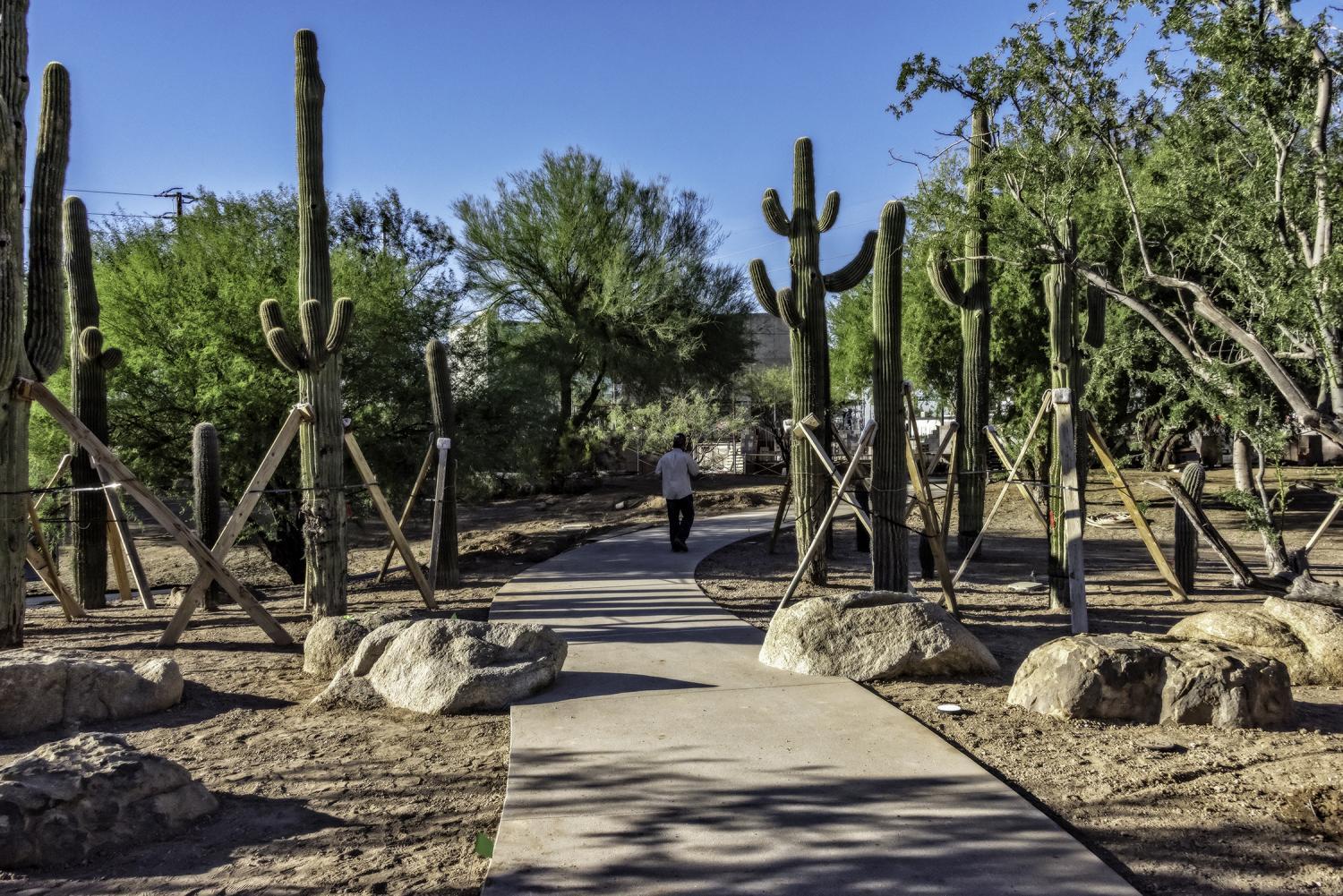 Phoenix will spend nearly $12.5 million over the next five years on public art.

Out of the 40 projects, 29 are continuing projects, things like terrazzo floors and sculptures at Sky Harbor Airport and enhanced gates and fences at water facilities. The continuing projects add up to $9,373,395. Eleven new projects include shade and weather screens at bus shelters and improvements to the seven- mile Tres Rios Wetlands area in southwestern Phoenix. The new projects total $3,112,518.

“Sixty-one percent of the professionals involved in these projects are Arizonans but it also brings artists from across the country to help improve and invest in Phoenix,” said Mayor Kate Gallego.

In 1986, the City Council approved an ordinance that requires one percent of capital improvement funds to be used for public art.

The projects getting the most funding are at Tres Rios Wetlands in southwestern Phoenix, Terminal 4 at Sky Harbor and a water services facility in west Phoenix.

Here’s a look at the FY 2021-26 Public Art Plan budget approved by the City Council.