Excessive Heat For Much Of Arizona Continues This Weekend

An excessive heat warning and an air quality alert continues through Sunday night for much of Arizona.

Forecast highs this weekend in the Phoenix metro region will be above 115 degrees, according to Phoenix-based meteorologist Austin Jamison.

“We’re definitely looking at unusually high temperatures and we definitely are going to experience conditions that are impactful to public health,” said Jamison.

High temperatures will be hovering between 107 to 109 degrees from Monday to Thursday.

The Arizona department of Air Quality publishes an hourly forecast that includes levels and types of pollutants.

The record-breaking temperatures this week in the western United States are a weather emergency, scientists and health care experts say, with heat responsible for more deaths in the U.S. than all other natural disasters combined. With more frequent and intense heat waves likely because of climate change and the worst drought in modern history, they say communities must better protect the vulnerable, like homeless people and those who live in ethnically and racially diverse low-income neighborhoods.

“This heat has an important effect on people and their health,” said Dr. Suganya Karuppana, chief medical director at the Valle del Sol community health clinics in Arizona. 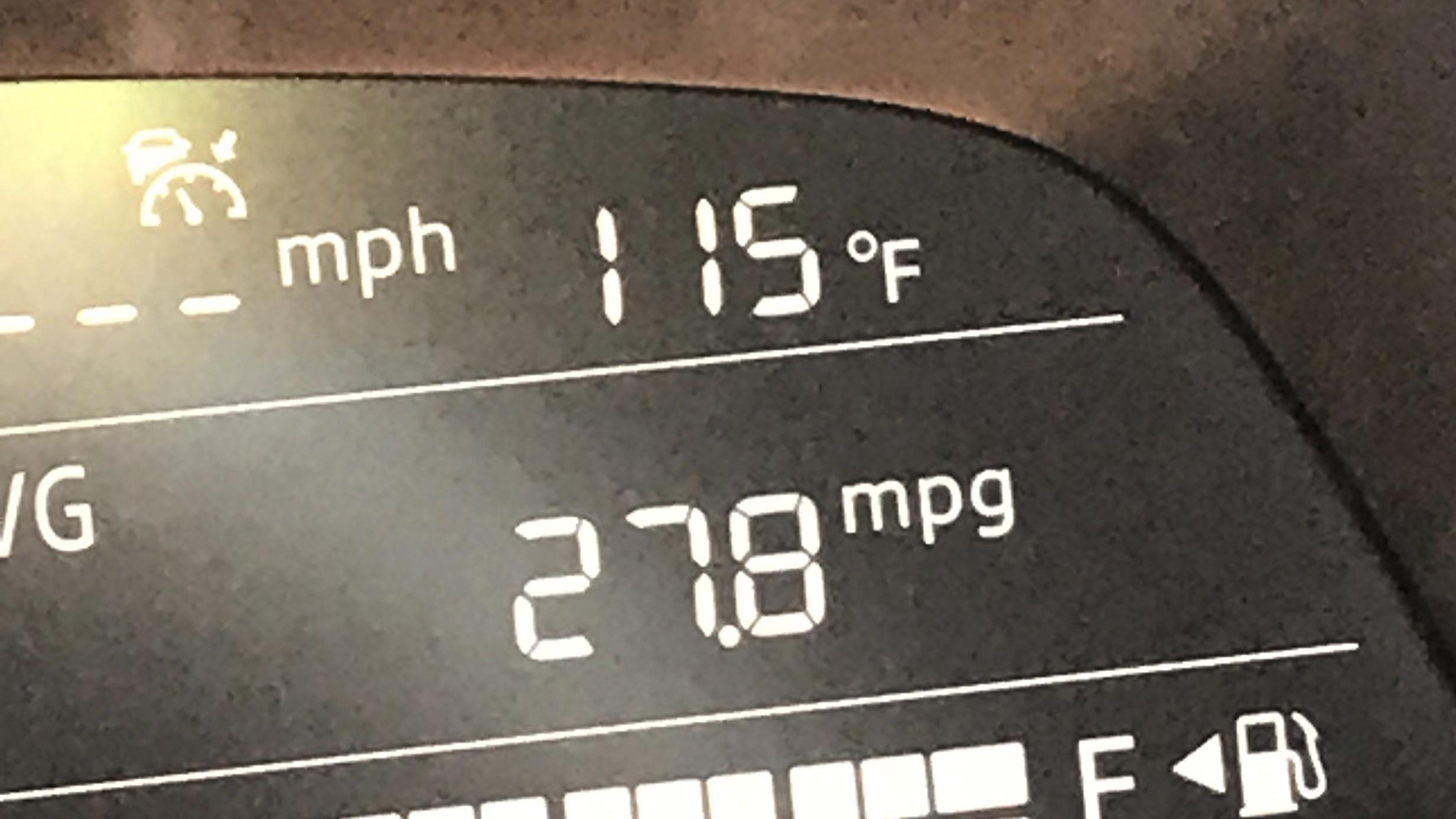 Kaely Monahan/KJZZ
The temperature inside a vehicle registers at 115 degrees on June 17, 2021.

People — along with plants and animals — need cooler temperatures at night to recover from the stress of high heat, scientists and doctors said. But with overnight temperatures in the 90s, that’s not happening.

Karuppana noted that many people she sees may have no car and have to take public transportation in the Phoenix heat, walking through neighborhoods with few trees and waiting at bus and light rail stops with no or little shade. Some people live in poorly ventilated mobile homes or without air conditioning. Or they may work outside in the sun as construction workers or landscapers.

Phoenix has been baking in temperatures above 115 degrees all week. The high Friday hit a record 117 degrees after breaking another Thursday at 118 degrees. Daily records also were set this week in places across the U.S. West, such as Nevada and California, including 128 degrees in Death Valley on Thursday.