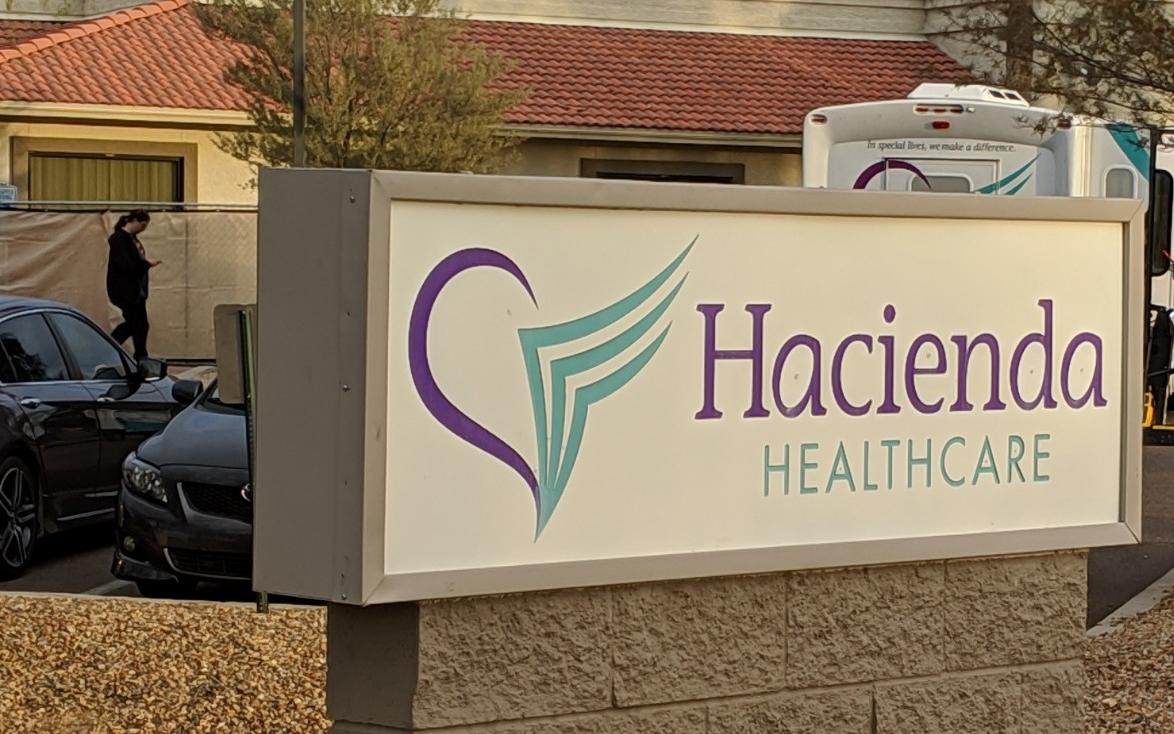 A judge has approved a $15 million settlement against a doctor in a lawsuit by the parents of an incapacitated woman who was sexually assaulted and later gave birth at a Phoenix long-term care center, marking the last of several deals to resolve legal claims over the rape.

The settlement made on behalf of Dr. Phillip Gear, who cared for the woman for 26 years while she lived at Hacienda HealthCare, was deemed reasonable last week by a judge. But the insurer for Gear, who died late last year, said in court papers it has no obligation to pay the amount, arguing the doctor’s policy didn’t cover claims arising from a sexual act.

It is the biggest publicly known settlement reached over the attack on the woman, who has been in a vegetative state since childhood and gave birth in December 2018. Her parents sued the state of Arizona, Gear and another doctor who cared for their daughter.

The state, which contracts with companies like Hacienda to provide services to people with developmental disabilities, settled last summer for $7.5 million.

In declaring the $15 million settlement reasonable, Judge Theodore Campagnolo concluded Gear’s treatment of the woman had fallen below the standard of care by failing to diagnose her pregnancy and regularly examine her.

The judge said requests by the woman’s mother to have only female employees tend to her daughter weren’t followed. Campagnolo also said evidence that the incapacitated woman was the victim of numerous sexual assaults was undisputed in the civil case.

Kevin Barrett, an attorney who previously represented Gear in a lawsuit filed against the doctor by his insurer, didn’t immediately return a call late Tuesday morning seeking comment. Gear died on Dec. 20.

The pregnancy was discovered when an employee at the long-term care facility was changing the garments of the then-29-year-old victim and noticed she was in the process of delivering a child. Employees told police that they had no idea the woman was pregnant.

The birth triggered reviews by state agencies, highlighted safety concerns for patients who are severely disabled or incapacitated, and prompted the resignation of Hacienda’s chief executive.

Police have said DNA from Nathan Sutherland, a licensed practical nurse who worked at Hacienda, matched a sample taken from the woman’s son.

Sutherland, who was fired after his arrest and later gave up his nursing license, has pleaded not guilty to charges of sexual assault and abuse of a vulnerable adult. He wasn’t a target of the lawsuit.

The victim lived at Hacienda for 26 years, until the birth of her son, who is now being cared for by her parents.

The woman has been in a vegetative state since she was a young child. Campagnolo wrote the cause of her condition is unclear. When she was around 2 years old, she suffered a near drowning that deprived her brain of oxygen, though there also was testimony that she had congenital issues, such as seizure disorders, from shortly after her birth, the judge wrote.

Lawyers for the family have said Hacienda missed signs that the woman was carrying a baby, such as her weight gain and swollen belly, and that she delivered the boy without pain medications. Their lawsuit also alleged the state did a poor job of monitoring Hacienda’s operations.

Campagnolo said medical records showed Gear didn’t conduct regular examinations of the woman for at least three years before he was transferred in September 2018.

Phoenix police have said health authorities at the time found some Hacienda employees had used language of a sexual nature when speaking to patients, but they were unable to substantiate allegations of physical abuse. Police said there was insufficient evidence to warrant a criminal complaint against employees.

“The former fact is accurate, and the second fact is arguable," Campagnolo wrote. "However, Dr. Gear’s liability was not limited to one sexual assault and the birth."

Campagnolo wrote Gear had known since 2002 that there were sexual abuse allegations that could have included the patient in question.

“The fact that the internal investigation did not find evidence of sexual assaults would not take Dr. Gear off the hook,” Campagnolo wrote, adding that the doctor knew the woman’s mother had requested only female caregivers.

Megan Rose, a spokeswoman for the Arizona Department of Administration, declined to comment on the state’s settlement.

Following the 2018 incident, Gov. Doug Ducey issued an executive order creating protections specifically for vulnerable adults and assembled a task force to look at ways to stop this kind of abuse from happening again.

Jon Meyers was a member of that task force. He is the executive director of the Arc of Arizona, a Chandler-based nonprofit that provides support to individuals with intellectual and developmental disabilities.

The Show spoke with him to learn about the impacts of this settlement.