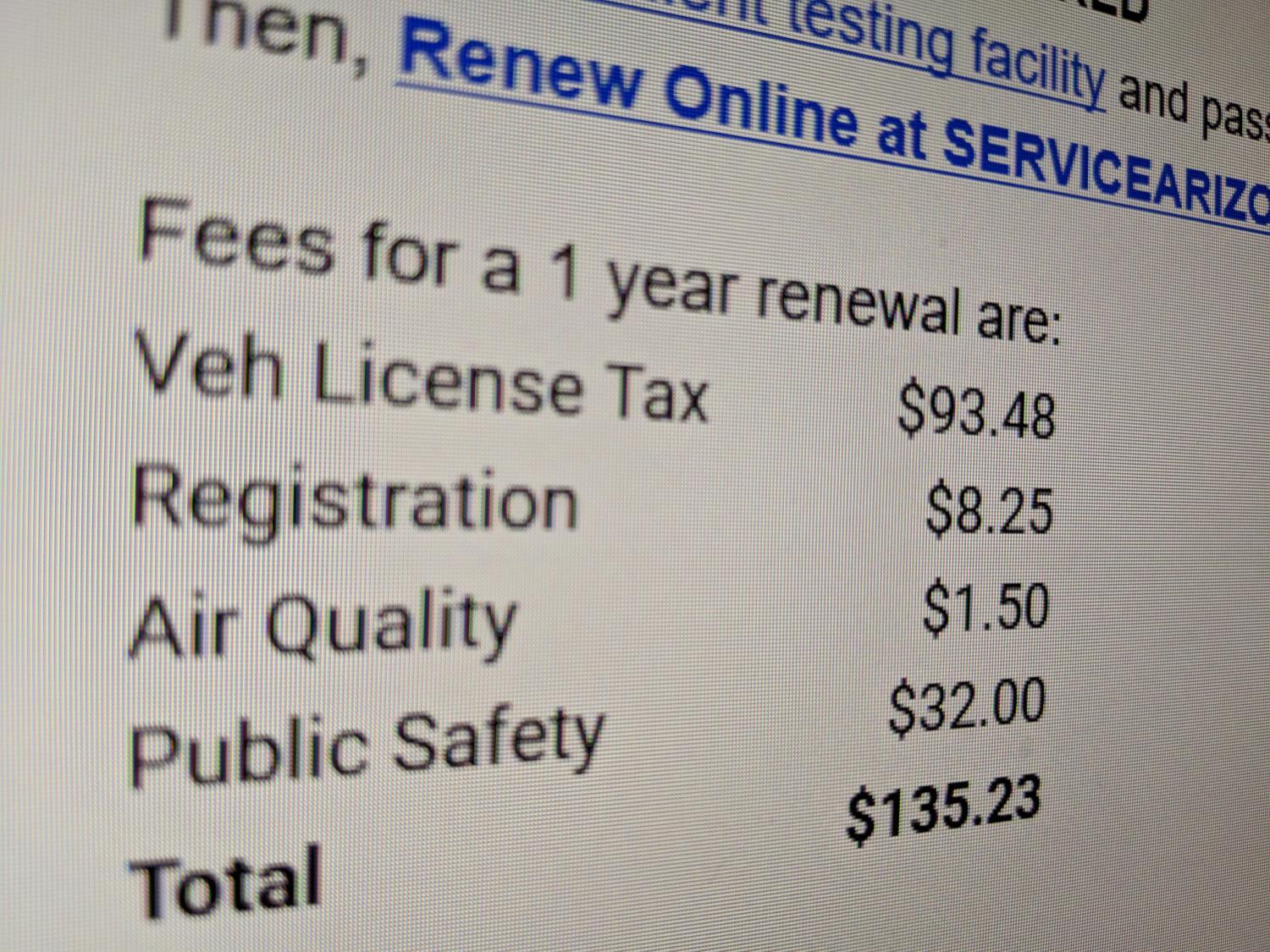 A vehicle registration fee is facing controversy once again as the Arizona Department of Transportation and at least one lawmaker disagree as to when the fee is supposed to no longer be charged.

More than 166,000 Arizona motorists, whose registrations expire after June 30, are getting their renewals with an effective date of July 1.

The issue is, an included $32 fee is supposed to be repealed by June’s end. State Sen. Michelle Ugenti-Rita (R-Scottsdale) says that means anyone with a renewal that takes effect July 1 shouldn’t be paying this fee. An ADOT spokesperson disagrees.

Four years ago state lawmakers authorized ADOT to levy a "public safety fee'' on every vehicle at the time of registration. The new $32 fee was designed to have motorists pick up more of the cost of the Arizona Highway Patrol, and was a method of raising more money for road construction and repair.

Amid public outcry, the Legislature voted in 2019 to scrap the fee. But with Gov. Doug Ducey having built his budget on it, they agreed to allow it to continue through the current fiscal year.

ADOT is requiring motorists whose registrations are good only through June 30 pay that fee, even though the funds collected will be for renewed registrations that begin July 1.

Spokesperson Doug Pacey said his agency reads the statute as allowing for that.

That decision angered Ugenti-Rita, who led the fight to repeal the fee and came up with the language about exactly when it would expire. She told Capitol Media Services that assessing the fee on registrations that take effect in the new fiscal year was never her intent.

"I went through this thousands of times to make sure this was crystal clear,'' Ugenti-Rita said. "I cannot even believe that's their interpretation.''

Ugenti-Rita says she will be speaking with ADOT in hopes of resolving the issue.