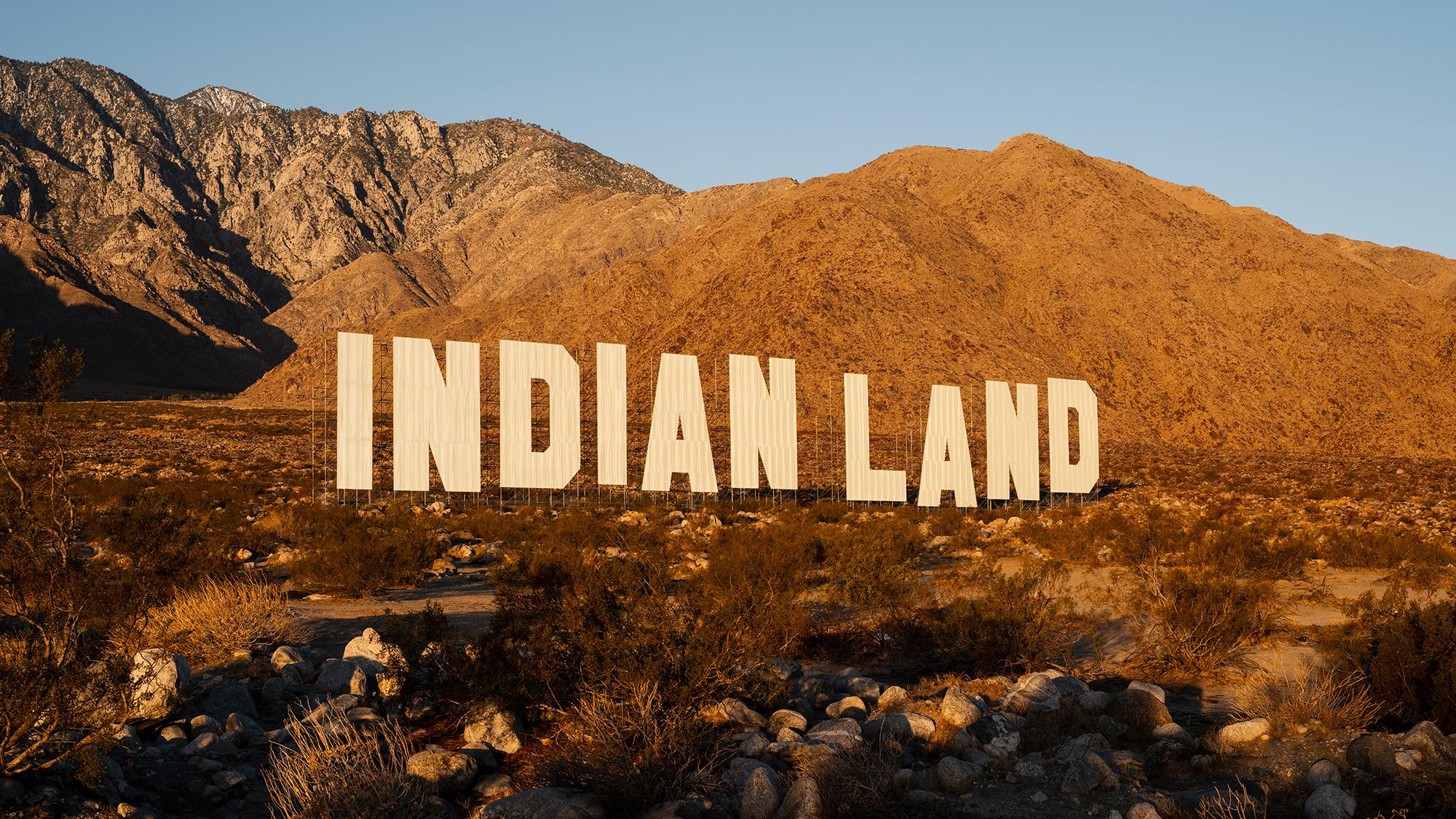 And this year, one exhibition caught headlines around the globe.

It’s called "Never Forget," and it’s by indigenous artist Nicholas Galanin. The work spells out "Indian Land" in giant letters in a reference to the landmark Hollywood sign in California.

Galanin is an internationally renowned artist from Sitka, Alaska of Tlingit/Unangax̂ descent. His work spans everything from visual and performance art to music and video work. And he told The Show that the idea for the project came when he first visited the native land where the installation now sits.

In Palm Springs and the Coachella Valley, he said the overarching narrative he noticed immediately was one of Hollywood.

So referencing the Hollywood sign made sense. Plus, he was aware that social media would be central in how this would be consumed.

Across the country, some culturally or ecologically important lands are being given back to the indigenous people who originally inhabited them with an eye toward conservation — it's called the Land Back movement.

He designed the piece to scale. Each letter stands 45 feet tall, just like the Hollywood sign in Los Angeles.

Galanin is also a musician he has a new album out as Ya Tseen called "Indian Yard." He said all of this work starts with his relationship to place and land.

"Never Forget" for Desert X remains on view through the summer in the Coachella Valley.