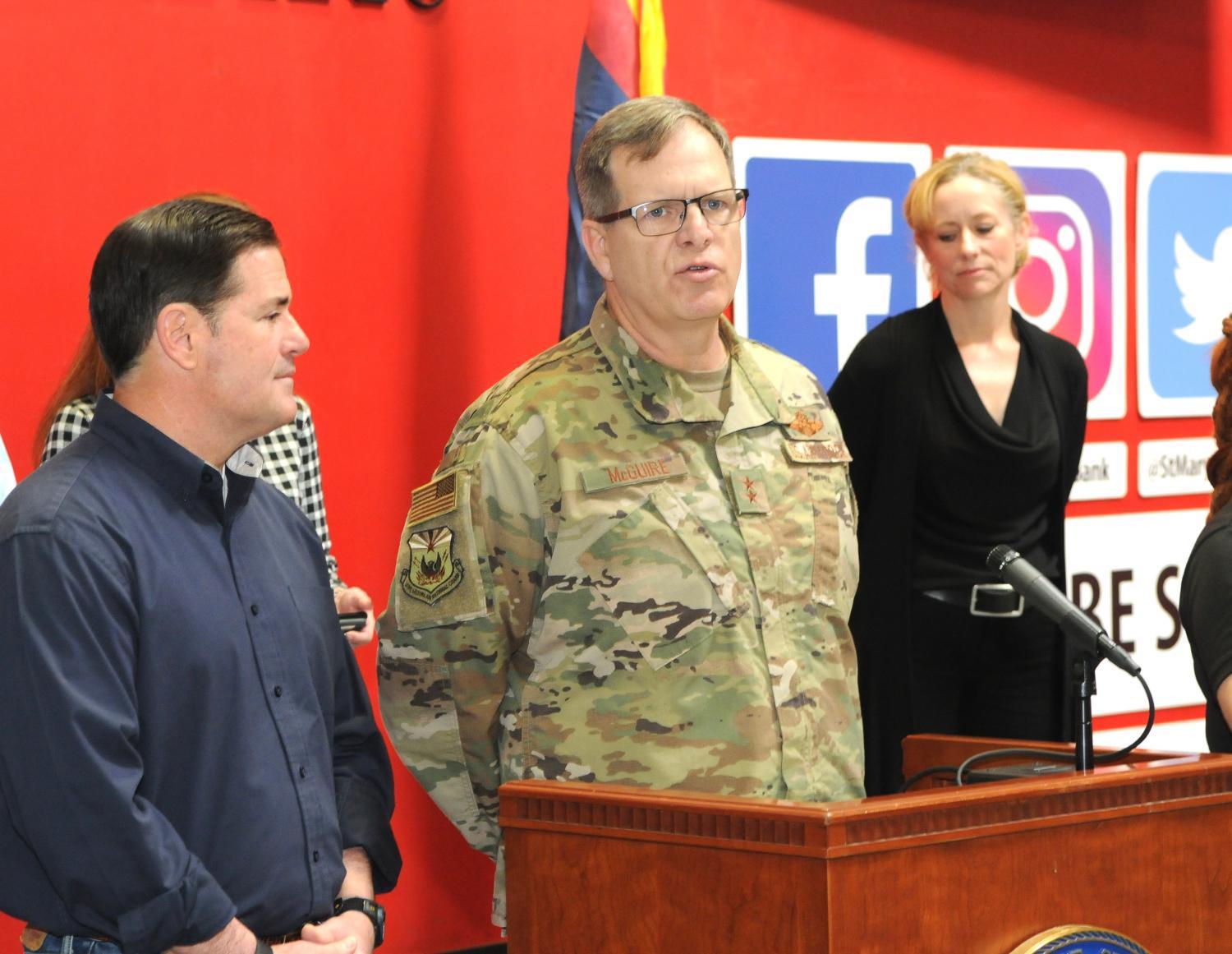 Howard Fischer/Capitol Media Services
Maj. Gen. Michael McGuire explains the role the Arizona National Guard would play in helping to restock grocery stores whose shelves have been stripped at the start of the pandemic in 2020. With him is Gov. Doug Ducey and Dr. Cara Christ.

Michael McGuire, the retired adjutant general of the Arizona National Guard, has announced he will run for a U.S. Senate seat in 2022.

McGuire, who is also a retired Air Force major general, will be vying to unseat Democratic incumbent Mark Kelly.

In a video release, he flagged issues such as tighter border security, free speech and the Second Amendment.