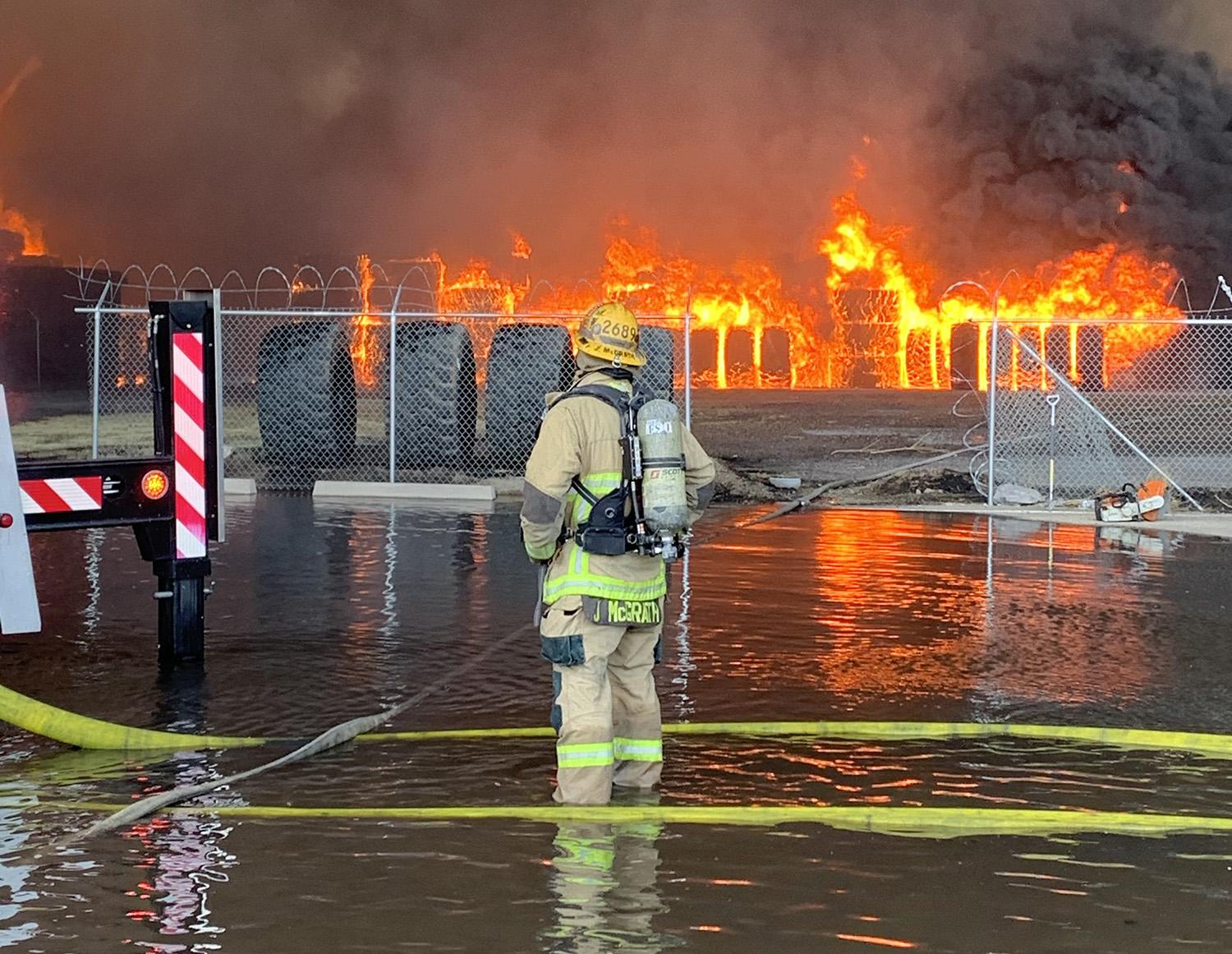 Fire crews remained on the scene Monday of a huge fire in Phoenix that roared through multiple recycling yards, destroyed several businesses and injured a firefighter.

More than 200 firefighters battled the blaze Saturday that marked the single largest response to an emergency incident in the history of the Phoenix Fire Department, Capt. Todd Keller said.

The fire was brought under control overnight but about 50 crew members were continuing to stomp out hot spots, he said Sunday. As of Monday morning, he says 30-35 firefighters are still on scene.

Ten area agencies joined in the effort at Friedman Waste Control Systems in west Phoenix on Saturday afternoon as wooden pallets loaded with cardboard and paper fueled the flames that sent smoke over much of the city. 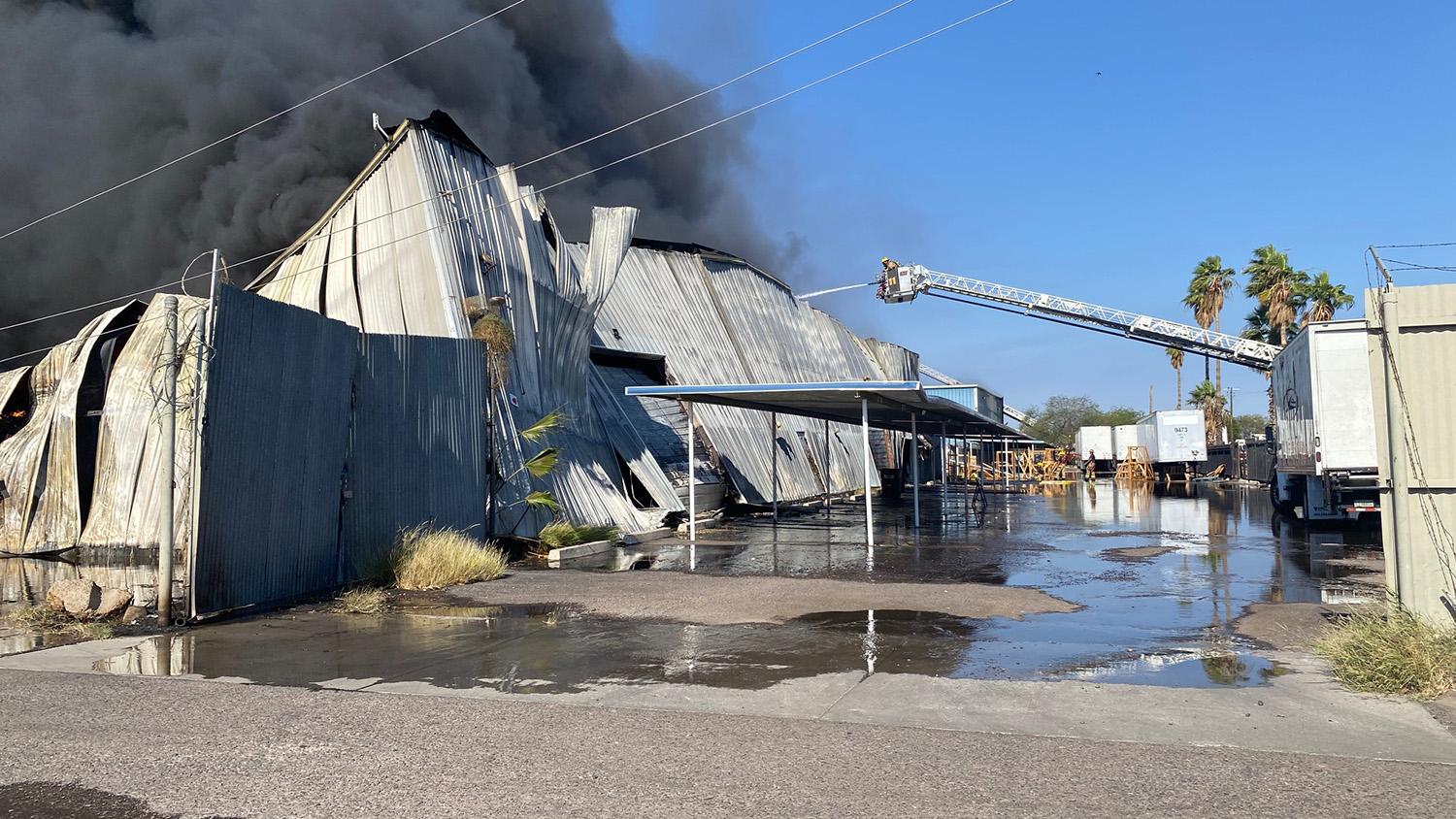 A neighboring lumber company, tire shop and recycling center were among the businesses lost, Keller said.

The cause of the fire remained under investigation.