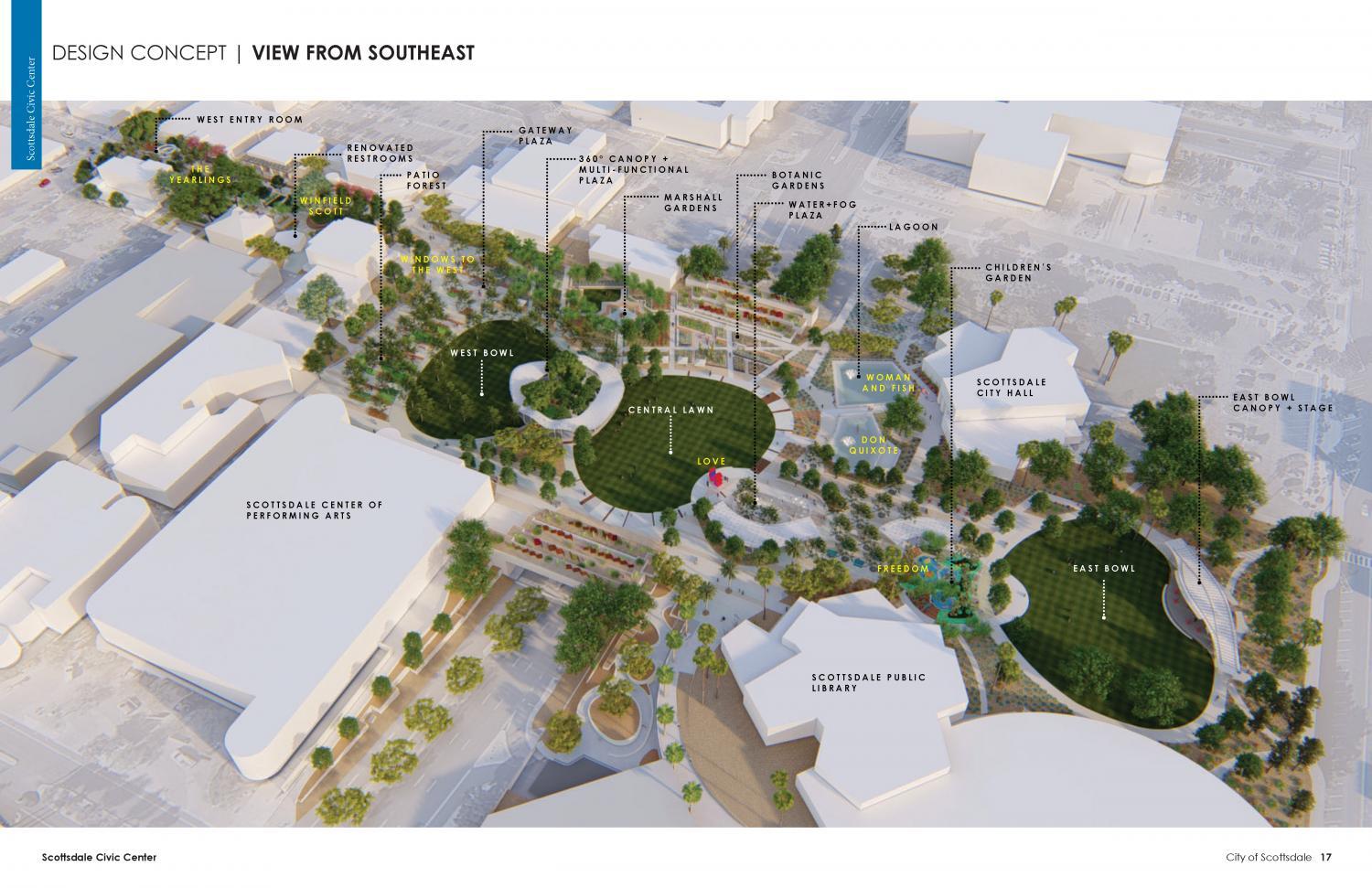 City of Scottsdale
This project will rebuild portions of the Scottsdale Civic Center Mall as the community’s signature special event and public gathering space.

Scottsdale plans to revamp its civic center with a modern design meant to attract events and tourists while providing residents with a daily destination.

“Holding a special event at the civic center requires an event producer to invest more prep time and money than at other comparable venues due to lack of infrastructure,” Erin Walsh, public information officer, said in an online video.  “With few regional competitors for large events in a park-like, outdoor setting, an updated public space will place Scottsdale in a competitive position to attract large-scale events.”

The design includes a permanent stage and 360-degree performance structure, along with more space for vendor tents and a garden and lawn for weddings.

Courtyards will be available for outdoor fitness classes, movie nights and other community activities. A social hub with a splash plaza, children’s garden and picnic area will be built between City Hall and the public library. 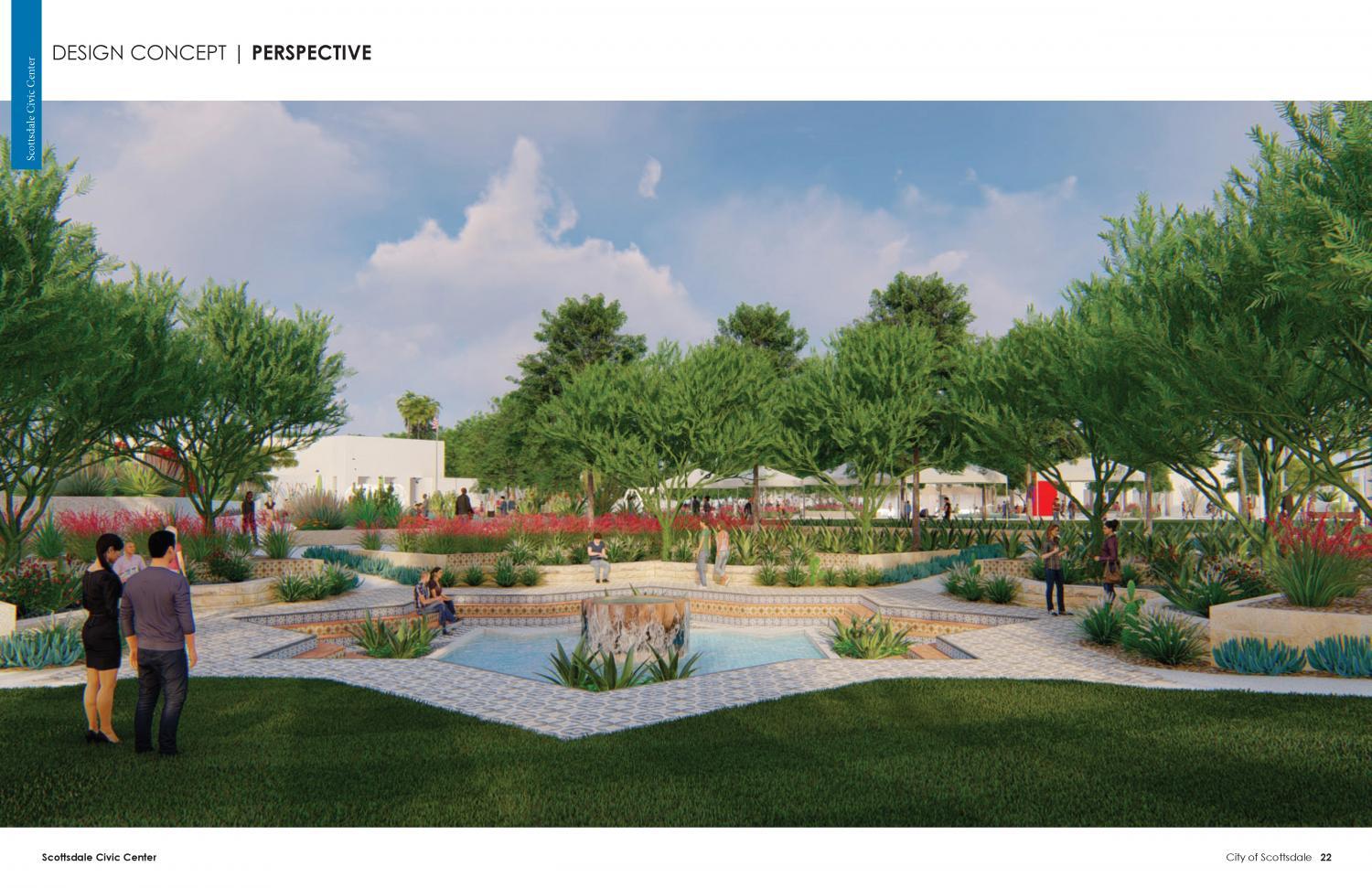 City of Scottsdale
A view from the Marshall Gardens Wedding Lawn through the Botanic Gardens to Scottsdale City Hall.

Public art and water conservation elements are incorporated throughout the design. Reducing the turf lawn and replacing it with low-water use plants will reportedly save Scottsdale 4 million gallons per year in water. The city’s fact sheet says the elimination of two current water features and reducing the lagoon footprint will save another 1.875 million gallons per year.

An online video detailing the project and soliciting public input is available through June 11 and a public hearing will take place this summer.

In 2019, Scottsdale voters approved a bond to replace aging infrastructure and improve public and event spaces, along with providing free public Wi-Fi at the civic center. Construction is expected to start this fall with the civic center fully reopened in January 2023, just in time for the Super Bowl scheduled for February in Arizona. 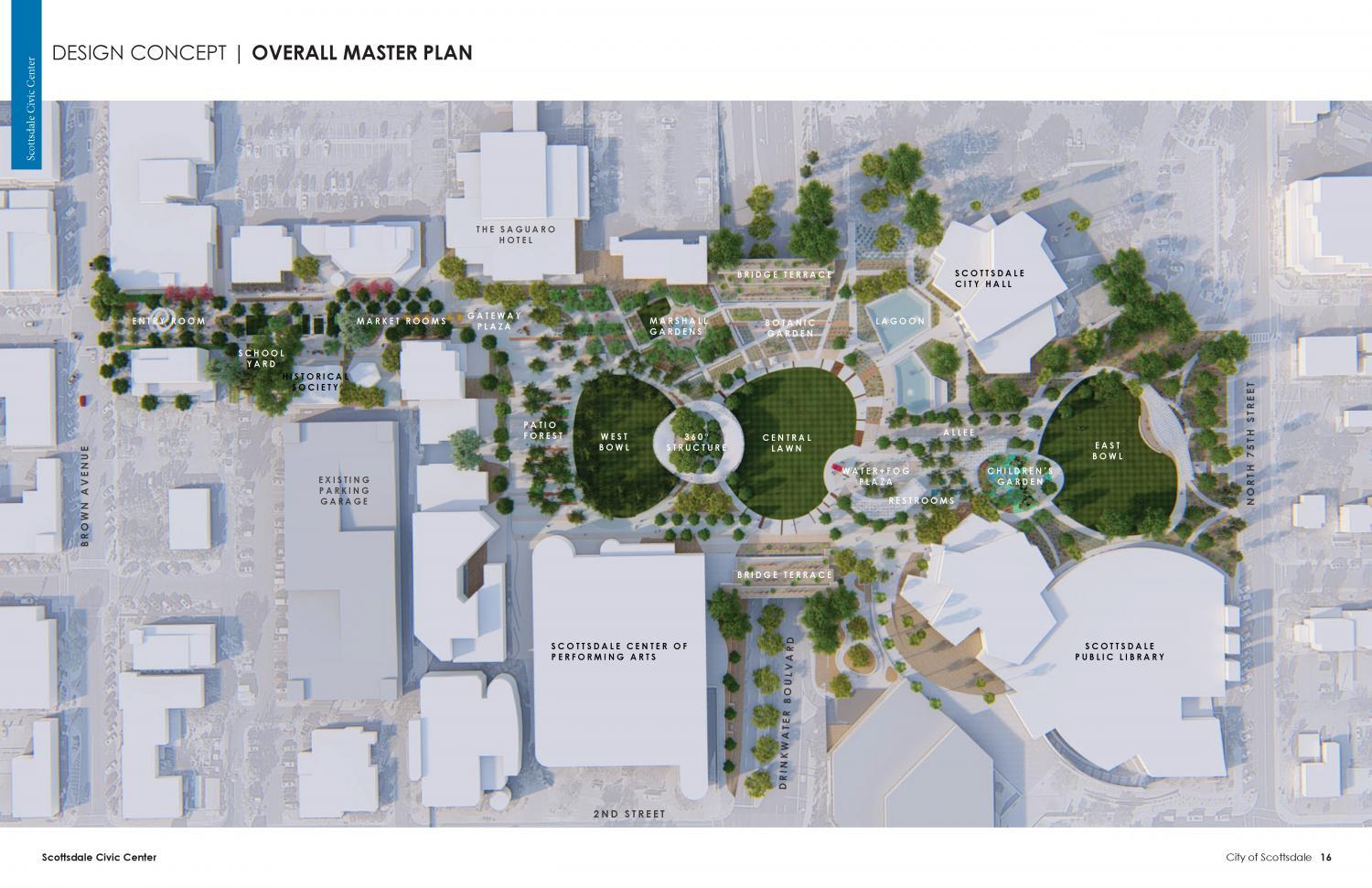 City of Scottsdale
An overhead view of the project that will rebuild portions of the Scottsdale Civic Center Mall.
Business Arts + Entertainment Tourism