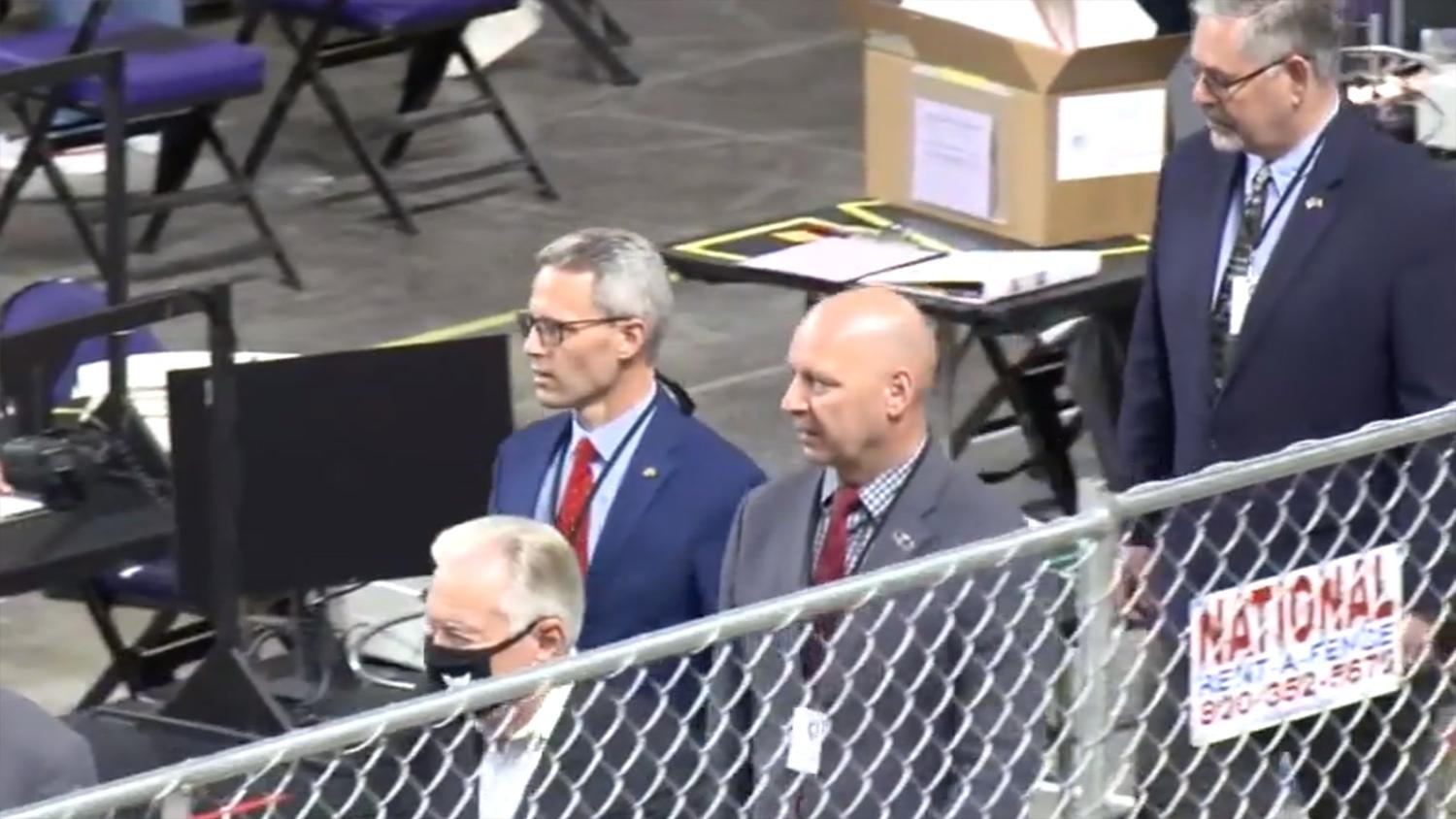 A Pennsylvania Republican lawmaker who toured the Arizona state Senate’s review of Maricopa County’s recent election said he “absolutely” wants to replicate the controversial process in his home state.

On Wednesday, GOP Sens. Cris Dush and Doug Mastriano, as well as Rep. Rob Kauffman, met with Arizona Republican lawmakers, the private firms conducting the state Senate’s recount and audit of the general election returns in Maricopa County, and toured Veterans Memorial Coliseum in Phoenix, where the recount is taking place.

A photo of the Pennsylvania legislators’ visit to the Arizona Capitol showed them with Republican Sens. Wendy Rogers, Sonny Borreli and David Gowan, as well as GOP Rep. Leo Biasiucci.

“We want to take this back to our leadership, and let them know that what the media has been reporting isn't necessarily, well, isn't at all, really, what's been happening down here,” Dush said. “This is a very transparent process.”

Critics, including election experts observing the recount on behalf of Democratic Secretary of State Katie Hobbs, say the review ordered by Arizona Senate Republicans is anything but transparent. Hobbs recently published a list of issues her observers have noted from the coliseum floor — including frequent changes to processes and procedures, and violations of rules implemented by the private firms running the operation.

The firms hired by Senate President Karen Fann, particularly Cyber Ninjas, have been criticized as biased and inexperienced. Cyber Ninjas CEO Doug Logan had spread conspiracy theories of election fraud before his company began its work in Maricopa County in late April.

The Pennsylvania Legislative Delegation is currently meeting with Members of the Arizona Legislature to discuss election integrity in the United States. pic.twitter.com/JzDan3tD0V

Logan personally gave the Pennsylvania delegation a tour at the coliseum. Attorneys for Cyber Ninjas previously argued in court filings that documents related to the election review should be kept confidential because the company “expects to have similar business opportunities to undertake such work for other governments around the country.”

Hobbs and election experts like Joanna Lydgate have been warning that the partisan Arizona audit could lead to similar efforts in other states.

“Other states should be concerned about this circus coming to them,” Lydgate said in May.

“I can't speak for the entire Senate, and I can't speak for obviously, for my caucus, I'm speaking for myself,” Mastriano said. “I would like to see an audit to restore people's confidence in the vote.”

Mastriano, who has been scrutinized for his actions at the U.S. Capitol on Jan. 6 and has echoed conspiracy theories of election fraud, already helped spur an election recount in Fulton County, Pennsylvania — a rural county on the state’s border with Maryland. The Arizona Mirror reported that Mastriano and Pennsylvania state Sen. Judy Ward asked county officials to let Wake Technology Services Inc. recount the county’s ballots from the 2020 general election.

Like their counterparts in Arizona, Dush and Mastriano both claimed that even if the reviews conclude — as numerous audits in Arizona already have — the recent election results are valid, they’d surely find some ways to improve the election process in the course of their investigations.