McDonald Tank Fire: The Latest On The Wildfire In Eastern Arizona 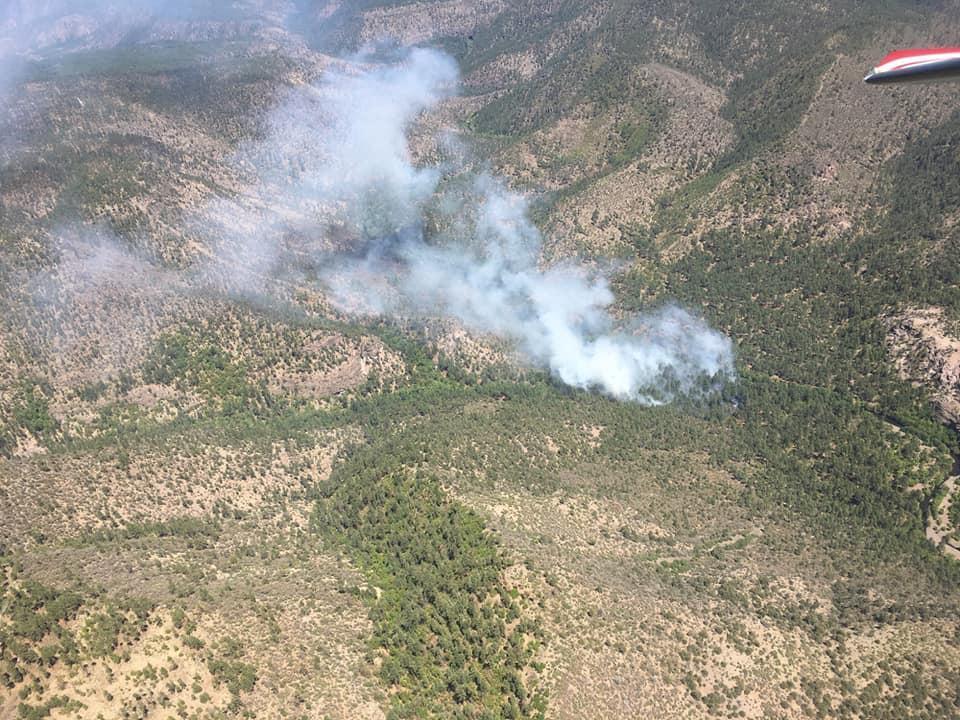 Arizona Department of Forestry
The McDonald Tank Fire in eastern Arizona on May 24, 2021.

Firefighters are making progress containing the McDonald Tank Fire in eastern Arizona after more than 3,500 acres have been burned. Containment was at 66% as of Tuesday morning.

The fire has been burning for more than a week. As of Monday, there are no homes in the fire’s path, but it is still threatening important lands to the White Mountain Apache community.

Firefighters also are being cautious because of terrain risks and weather conditions like dry lightning. The cause of the fire remains unknown.

The McDonald Tank Fire continues to burn near Whiteriver, in eastern Arizona. As of Monday morning, the blaze was 58% contained.

"The big danger is the possibility of dry lighting sparking new fires. Another big danger is when thunderstorms sort of approach anywhere near a fire they create very erratic winds so you have wind from multiple directions," said Johnson.

Johnson says there are no homes in the fire’s path, but land in the White Mountain Apache community is at risk. He says crews are working to protect some historic structures, like the Ten of Diamonds ranch and the Patty Creek ranch.

The McDonald Tank Fire in eastern Arizona is now 31% contained after growing to more than 3,500 acres last week.

The fire has shown no significant growth as of Sunday morning, holding at fewer than 3,600 acres.

However, fire spokesman Steve Johnson is concerned that the fire may come in contact with some valuable buildings.

"One of them being the Ten Of Diamonds Ranch House, the other is the Patty Creek Ranch, which is a historic building there," said Johnson.

According to the incident report, the fire is consuming small pockets of fuel, but staying within containment lines laid out by firefighters.

The weather in the area is warm, with strong afternoon winds, but overnight humidity is expected to slow the spread of the fire.

There is potential for a thunderstorm on Monday, but widespread rain is unlikely.

The McDonald Tank Fire in eastern Arizona has grown to more than 3,500 acres in about six days.

The fire started last Sunday afternoon and has almost doubled in size during the past day.

Despite this growth, fire spokesman Steve Johnson is optimistic that firefighters can slow the fire from the air.

“Things are actually looking pretty good, simply for the fact that we have lots of air attack on this crew. We’ve got four helicopters, so that’s really a big help to mitigate any of that fire spread,” said Johnson.

Johnson says crews are looking to use the Black River’s drainage basins as a boundary to contain the fire.

The fire is one of three currently burning on the Fort Apache Reservation, along with the G22 and Bonito Rock fires.