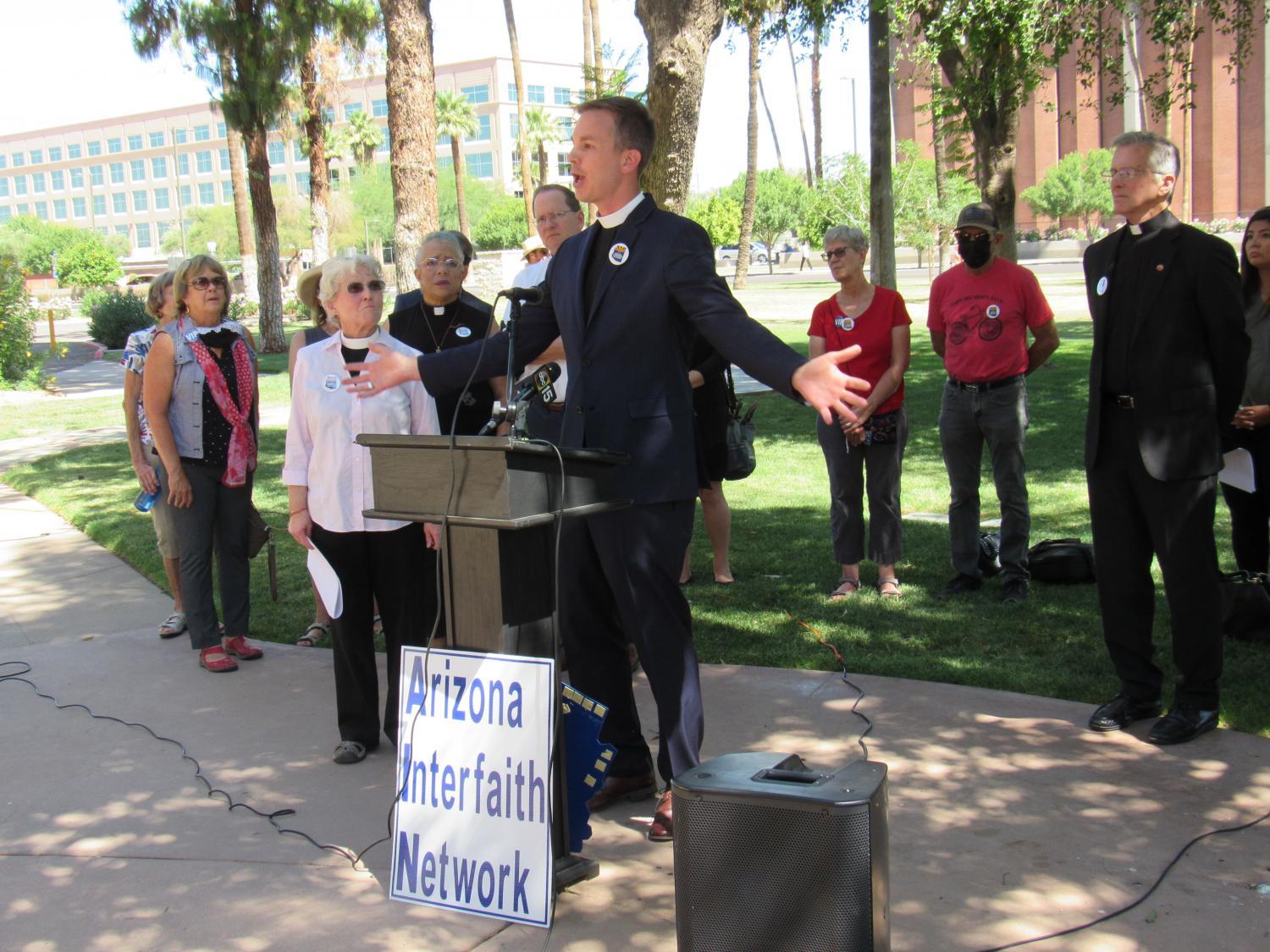 Matthew Casey/KJZZ
The Rev. Hunter Ruffin speaks at press conference near the state Capitol held by the Arizona Interfaith Network on May 27, 2021.

A statewide coalition of clergy said a budget proposal with a controversial tax cut would be a handout to the wealthy given on the backs of the poor.

At a press conference Thursday, the Arizona Interfaith Network promised to call for voters to have the final say via ballot measure should Republican legislators and Gov. Ducey push the proposal through.

Implementing a 2.5% flat tax rate is a key part of the budget proposal.

An expected loss in state revenue, should it happen, raises worry among faith leaders that this could cripple Arizona for generations.

The Rev. Hunter Ruffin spoke at an Arizona Interfaith Network news conference held at the Capitol. Ruffin called a budget one of the most basic moral documents because it shows priorities and values.

“This is not simply unsound and fiscally irresponsible. It is immoral,” he said.

Arizona’s most vulnerable people suffered worst during the pandemic, said Ruffin. But the budget package with a flat tax proposal would mean they get no meaningful help from the state.